18C: Revenge of the Snowflakes 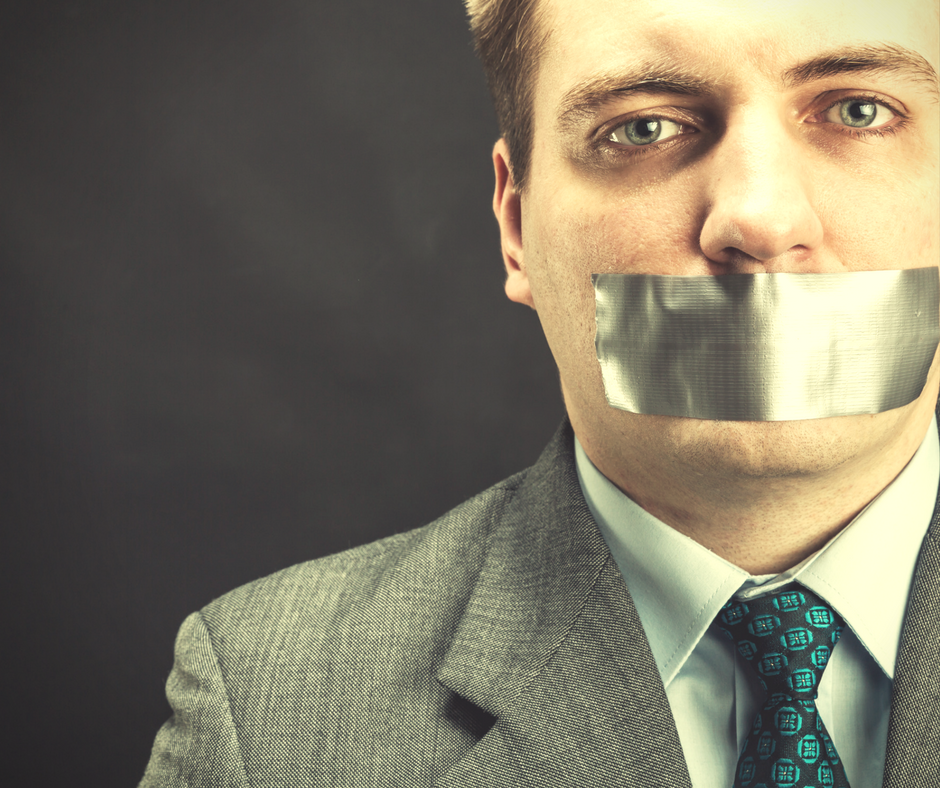 Section 18C is part of the Racial Discrimination Act of 1975. It was designed to stop racism in Australia, and on the face of it, appears to be a good law. But, by taking a closer look, it's easy to see how a law like this can be misused:

Offensive behaviour because of race, colour or national or ethnic origin

(1)  It is unlawful for a person to do an act, otherwise than in private, if:

(a)  the act is reasonably likely, in all the circumstances, to offend, insult, humiliate or intimidate another person or a group of people; and

(b)  the act is done because of the race, colour or national or ethnic origin of the other person or of some or all of the people in the group.

Note:          Subsection (1) makes certain acts unlawful. Section 46P of the Australian Human Rights Commission Act 1986 allows people to make complaints to the Australian Human Rights Commission about unlawful acts. However, an unlawful act is not necessarily a criminal offence. Section 26 says that this Act does not make it an offence to do an act that is unlawful because of this Part, unless Part IV expressly says that the act is an offence.

18C makes it possible for a non-Caucasian Australian with an axe to grind, to simply say he or she 'feels' offended or insulted, and punish his protagonist using the force of the Human Rights Commission.

Let's look at some recent cases to see how this law has worked in practice.

In 2011, journalist Andrew Bolt was found to have contravened the racial Discrimination Act following four articles he wrote about a group of fair-skinned Aboriginals. Bolt stated that, despite their mixed heritage, the nine had taken advantage of their ancestry to advance their careers and had been awarded grants and prizes. Bolt said at the time,

"This is a terrible day for freedom of speech in this country. It is particularly a restriction on the freedom of all Australians to discuss multiculturalism and how people identify themselves. I argued then and I argue now that we should not insist on differences between us but focus instead on what unites us as human beings.''

The late Bill Leak, a cartoonist for The Australian, was initially the subject of an AHRC complaint which was later dropped. His cartoon, pictured below, was alleged to have caused three Aboriginals to feel humiliated.

Leak said of one of his complainants in November 2016:

"This woman, I believe, has very flippantly and recklessly lodged a complaint with the ARHC. It shows what a farcical process this is. I've got News Corp backing me legally. But if I was a private citizen, this would have cost me an absolute fortune. She has put me through a month or so of incredible stress. She never met me, she doesn't have to justify anything she does, no one asked her any questions and it doesn't cost her a cent. As a consequence my life has been thrown into utter chaos.

In 2014, three Queensland University of Technology students were expelled from an unsigned computer lab because it was reserved for Indigenous users. After posting Facebook comments about the irony and unfairness of the situation, an Indigenous QUT staff member made a complaint against the three to the AHRC. One of the students had posted the following comment,

"Just got kicked out of the unsigned Indigenous computer room. QUT is stopping segregation with segregation."

and this was deemed to be worthy of a Human Rights Commission investigation under 18C. Strangely, the three students weren't informed that they were the subjects of a complaint until 14 months later. The case later proceeded to the Federal Circuit Court, but was finally dismissed in late 2016. In the same week that the complaint was dismissed, the Federal government announced an inquiry into 18C. (Read more here and here: Why isn't QUT Defending Its Students? by Andrew Bolt) and you can click here to read the three students' submission to the recent Parliamentary Joint Committee on Human Rights.

Who wants to repeal it?

Many Australian individuals and organisations have been vocal opponents of 18C, due to the burden it places on our right to free speech. The following are just a few of its more notable ones:

“It is misleading to say that reforms to section 18C of the Racial Discrimination Act will promote race hate speech, because there are already laws in place which prevent abusive or threatening speech,” he said. “Many mainstream Australians are resentful of the emerging culture of political correctness, which prevents them from expressing their opinions on certain sensitive cultural issues in workplace and social settings where minorities are ­involved.

“Anecdotally, there is a perception that certain ethnic minorities are afforded greater protections from constructive criticism than mainstream Australians through political correctness. Rightly or wrongly, this perception does exist, and I would like to see the playing field levelled. There is a distinction ­between expressing a view that you disagree with a certain cultural issue or practice in a ­respectful manner, and being abusive or vilifying a group.”

It really is time to take a stand. This snowflake-protecting, damaging ideology and its proponents are hurting our country. If the political class won’t support freedom of speech what will they support? What other of your freedoms will they limit to make their already-cosy lives easier?

"By continuing to oppose any change, Labor is ignoring reality and would rather Australians shut up than speak up," he said. "Students should never be hauled through the courts because they want to question university policy or stand up against segregation. The case is not the problem – the law is. This case was a disgrace from day one. Costs have been incurred, reputations tarnished and public money wasted. In its current form, 18C is a badly written law that has no place in a liberal democracy. The current law and process vilifies people for having opinions. Reform is overdue to end the culture of censorship 18C is breeding."

"Sanity has prevailed; this should never have gotten to this point. The process has been the punishment – the anxiety, financial cost and personal cost to the three students involved can't be measured and that why we need to amend this act."

All of this also leads to one conclusion: when it comes to anti-discrimination law, even when you win, you lose. The process is the punishment. This also means that the system encourages complaints from selected minorities to pursue political goals and to punish those who express lawful views that they disagree with."

Who wants to extend it?

But Section 18C is obviously not without its supporters; indeed there are many who would like to see the act strengthened rather than diluted. It has been so controversial a piece of legislation that the Prime Minister asked the parliament’s human rights committee to look at whether the ­Racial Discrimination Act and section 18C imposes unreasonable limits on free speech, The Committee was also asked to advise whether the law should be changed and the role of the Human Rights Commission altered. This Parliamentary Joint Committee had over 400 submissions. Some excerpts from supporters of 18C are listed below:

The committee heard that racism, including ‘everyday racism’ caused widespread damage to Aboriginal and culturally and linguistically diverse Australians and their communities. As parliamentarians in positions of relative power, it would be arrogant and irresponsible for us to assume we could have any understanding of what it is like to face the type of racism experienced by many Australians every day.

We do not support the Attorney-General’s referral of the above questions to the Joint Committee. Australians made their support for legislation against racial vilification very clear two years ago in response to the proposed Freedom of Speech (Repeal of s. 18C) Bill 2014 which proposed major changes to section 18C of the RDA. Moreover, we find the terms of reference extraordinary in that they appear to oppose the proper enforcement of the RDA and thereby appear to seek to undermine the rule of law and the statutory role of the Commission.

The Grand Mufti is of the view that if the Act is amended as a means of strengthening” freedom of speech, that such a freedom will not be afforded to all equally and fairly, but rather, such freedoms will be exercised by those with power and influence (and not within minority communities). This will create a disharmonious environment for minority groups in Australia and have a negative impact on multiculturalism. An amendment to be considered is one which seeks to strengthen prohibitions on racial vilification and introduce religious vilification in accordance with Article 20 of the ICCPR. This will ensure that Muslims and other religions are also afforded the same protections as other racial groups under section 18C.

18C: Revenge of the Snowflakes

When a casual browse through the list of a law's supporters reveals a litany of pro-abortionists, feminists and Islamists, and when its opponents include some of our country's most beloved champions of freedom, we have cause to question that law. When a law that is supposed to safeguard freedom but also exclude cases of trivial hurt feelings is actually being used to persecute ordinary people for asking legitimate questions, we have to question that law. And while we may enjoy a few laughs at the expense of the PC brigade, we must be mindful of the legal power that the snowflakes have at their disposal unless 18C is repealed. In a nutshell, such a law isn't necessary because:

As Simon Breheny of the IPA says,

18C is being used not as a shield, but as a weapon.