Love and Other Four Letter Words 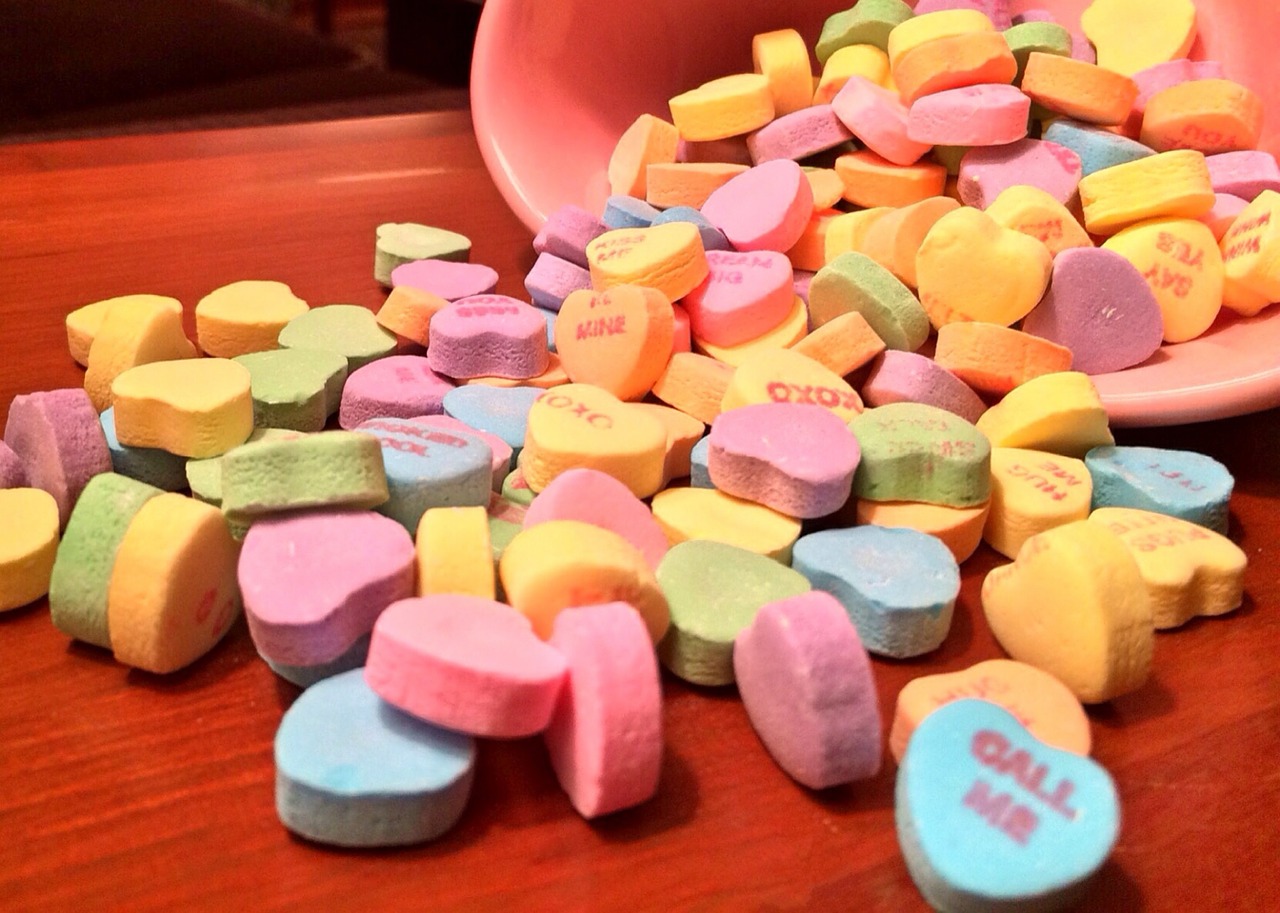 When I logged onto my Instagram account today, I was surprised to see that a picture of my postal ballot - clearly marked NO - had attracted a lot of attention. One of the comments was the simple word 'c***'. Well, it made a change from the usual, longer insults I receive such as homophobe, pedophile-priest-protector, or bigot. (Okay, bigot is only one extra letter.) The commenter who left that particular word had this tag on her profile: #dontbeac***voteYes. Well, at least she's consistent. What drives a person to troll through the feeds of total strangers, looking for opportunities to leave insults and foul language? I don't understand it. If someone leaves a comment on my website or social media post, that's another matter. I usually answer and try to engage with the interlocutor. This usually proves to be a waste of time, but I do it anyway. We shouldn't have to agree on everything to be able to dialogue. My friends and I don't agree on everything, but we get on. Why is that, I wonder? Perhaps it's because of that four-letter word so central to this debate: love.

It's because of our love, that my friends and I can disagree without resorting to aggressive arguments. Love really does win, when people can look past their differences to appreciate their commonalities. But there's another side to loving someone, and that's wanting what's best for them. As a parent, I know that my children often want to do things that aren't good for them. They need me to set limits on such things as bedtimes and the amount of sugar they consume. It's also loving to teach them to be polite and respectful and obedient. It isn't loving for me to let them do as they like. This love extends to teaching them that actions have consequences, and that everyone must take responsibility for their choices. The same love impels me to write about the consequences of redefining marriage, and the consequences of aborting children, or of legalising euthanasia. it just isn't loving to pretend that these serious moral choices have no consequences.

This is a word that has no place in a mature debate, or in an immature one, for that matter. But it's popped up in a few places lately - even, I'm ashamed to say, in a comment written by a no supporter. It is more common coming from the Yes camp, but either way, leads me to wonder what goes through the minds of people who write such things. We're all guilty of occasionally writing or saying something we later regret, but to threaten to rape someone is in another league completely. It is from the mind of a sociopath, and the threat to rape someone should always be loudly condemned.

This is one four-letter word we don't hear enough of. Hope. Christians 'hope for that they see not.' (Romans 8:25).  And it could be said that most Australians are hoping and waiting for something they don't yet see: peace. This campaign has been so ugly and so divisive, that only a demonic spirit could be behind so much conflict. We're sick of the bullying, intrusive comments, family arguments and back-flipping politicians. We must hope that things can return to the relative peace of the past, when a 'don't ask, don't tell' mentality prevailed, and aberrant sexuality wasn't promoted and paraded in public. Also under the banner of hope is our fundamental Christian desire that everyone can fulfil their true destiny. I don't condemn homosexuals, but I do believe that it's impossible for active gays to live up to their full potential in that lifestyle. Consider the words of psychologist, Joseph Nicolosi:

From father to son to grandson to great-grandson, a man’s seed is his link to the generations. Through his DNA, he lives on in other lives. When implanted into the woman’s womb, his seed produces human life. But in homosexual sex, the seed of life can only result in decay and death ..... No wonder we see so much dissatisfaction in the gay world; not just because of society’s disapproval, but because the man who lives in that world, senses the futility of a gay identity. It represents the termination of that long line of his ancestors who were once linked together, through the ages, in natural marriage.

That sense of dissatisfaction hasn't decreased with the widespread acceptance of homosexuality or even of same-sex 'marriage.' We live in the hope that homosexuals can find healing and peace. [Click here to learn about one ministry that offers healing to same-sex attracted people and their families.]

This is another four-letter word that drives a lot of the angst we've been witnessing lately. Humans often disguise a cry for help with aggression, conflict or even hatred. People who act out in this way are hurting and suffering - as a friend says, 'hurt people hurt people.' No where is this clearer than in the rage and abuse evident in the marriage debate. There are parents who carry the confusion of seeing their loved child grow up to be gay. For some of these, acceptance means condoning homosexual behaviour and this plays out in a vocal cry of support for redefining marriage. This phenomenon explains how even some Christians have become vehement advocates for changing the definition of marriage, despite clear biblical teaching and also two thousand years of Christian tradition to the contrary. Then there are supporters who have jumped on the bandwagon, because their self-worth is caught up in how they are viewed by others. Their wounds cause insecurity which leads them to cry with a loud voice in order to gain attention and friendship. . There are also adults who were abused as children, and whose sexuality is wounded. These cry the loudest. Their suffering is palpable, particularly if they have experienced discrimination or additional abuse due to their sexual orientation. It's because of this class of people that I try to be understanding of active homosexuals. I wish that I could live up to my goal of always being compassionate to homosexual people. Truthfully, I have not. I find it too easy to engage in online banter which could look quite hurtful to already hurting gays. But in reality, I am sympathetic, as are many Christian friends and leaders. Again, from Dr. Joseph Nicolosi - (I urge you to read the whole article here):

Homosexuality is, in my view, primarily a symptom of gender trauma. Although some people may have been born with biological conditions (prenatal hormonal influences, inborn emotional sensitivity) that make them especially vulnerable to such trauma, what distinguishes the male homosexual condition is that there was an interruption in the normal masculine identification process. Homosexual behavior is a symptomatic attempt to “repair” the original wound that left the boy alienated from the innate masculinity that he has failed to claim. This differentiates it from heterosexuality, which arises naturally from undisturbed gender-identity development.

The ends, or consequences, of the redefinition of marriage are the aspect that attracts the most controversy. In fact, it is the question of the consequences which sets up a dividing line between the no and yes camps. The Yes campaigners claim that the question is only about love - whether or not same-sex couples should be allowed to marry. The No camp believes that the consequences will be far-reaching, discriminatory and will greatly disadvantage them in the future. Given the outcomes in other countries, such as the UK and Canada, which have already changed the definition of marriage, this is perhaps the four-letter word in which we should take the most interest. Please, think about the consequences and vote No.

In accordance with s 6(5) of the Marriage Law Survey (Additional Safeguards) Act 2017, this communication was authorised by Kathy Clubb of Melbourne, Vic.