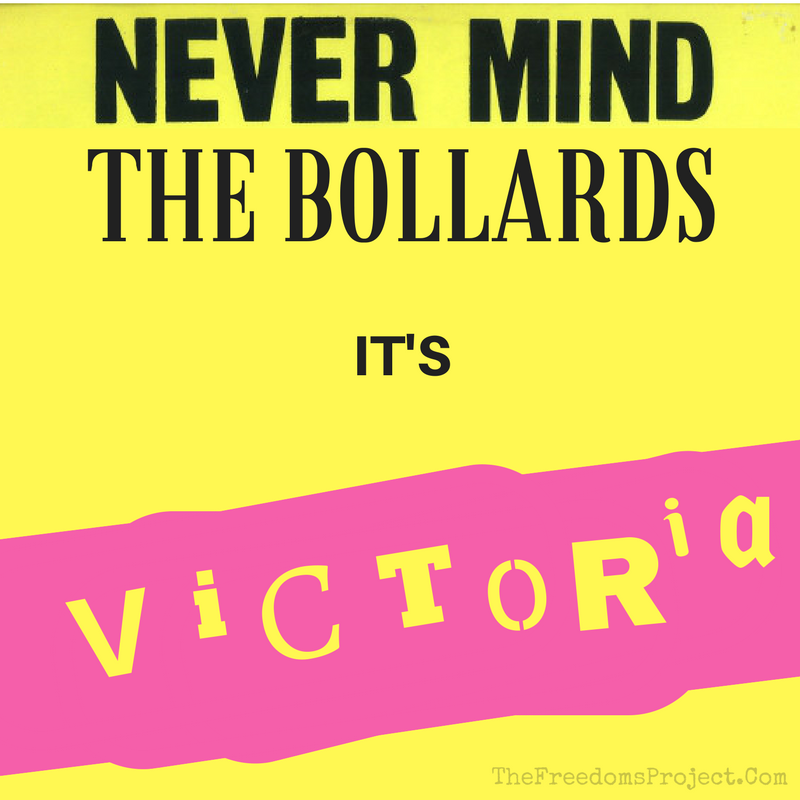 Like the other Australian states, Victoria markets itself as an ideal destination. Car registration plates tell us that Victoria is the Education State, the Garden State, that Victoria is On the Move, or that it's the Place to Be. But as some have rightly pointed out, Victoria may well be the place to be killed - if you're a baby in the womb, or have a terminal diagnosis. Remember, this is the state that legalised abortion through all 9 months in 2008 - for any reason - and recently became the first state in Australia to legalise assisted killing of its sick. Victoria is also one of the few Australian states or territories to have abortuary exclusion zones. As many articles on this site have pointed out, bubble zones protect abortion providers and take away choice from vulnerable mothers. They encourage death and discourage life. As regular readers will know, I was arrested for the 'crime' of helping women, and now have a criminal conviction and 2-year good behaviour bond. Contrast that with the crimes of gangs who roam Werribee armed with metal poles - they vandalise buildings, kick down the doors of private citizens' homes, destroy property and smash car windscreens. [Even if a gang member was to be charged with assault, the penalty is substantially less than for violating an abortuary exclusion zone.] Why no arrests at Werribee? We're told that police were outnumbered and had to fall back. We're told that police must respect the 'human rights' of those who act inhumanely toward their neighbours. I'm all for respecting people's human rights - from conception to natural death and at every moment in between. I'm all for treating prisoners with dignity and allowing the judicial system to do its work. But that implies that the work WILL BE DONE. Failing to apprehend dangerous thugs is not a show of respect for human rights. Instead it sends a clear message to violent gangs that their activity won't be penalised.

Victoria is also the state where peaceful speaking events become battlegrounds because left-wing thugs think THEY have a human right to wreak havoc and cause chaos. The recent talks by Milo Yiannopoulos are a good example.

Milo Yiannopoulos attracts attention wherever he goes, so it was no surprise that a police presence would be required at his Australians appearances. In Melbourne, the preparations were especially warranted: hundreds of protesters attacked event attendees, journalists, right-wing activists and even the police themselves. The police department responded by sending in reinforcements dressed in riot gear, complete with capsicum spray. Five police officers were injured, but surprisingly, only two arrests were made. One of the agitators was Roz Ward, formerly a driving force behind the infamous Safe Schools program and a self-confessed Marxist. Ward's brand of tolerance has become a hallmark of the same-sex marriage Yes campaign and also of the kind of left-wing activism Victorians are used to witnessing. Compare this with the Sydney events: 7 people were arrested, several before the event even began, one being charged with assaulting a police officer. Either New South Wales rent-a-crowds are easier to control, or the police there are more serious about stopping violence. Now, in my experience with the Victorian police force, (which is not insubstantial) its officers are very efficient. So when hundreds are unable to quell a well-known and expected group of radical left-wing thugs, we have a problem. Thanks must go to the Greens Party's Adam Bandt for inflaming the situation with his inaccurate statements:

Even the Police aren't Safe

In April, a Victorian senior constable was violently attacked by a man she was trying to arrest for burglary. She has had facial reconstruction, 6 weeks off work, suffers from recurrent nightmares and no longer wishes to serve on the front line. The perp, Ahmed El Lababidi, was originally charged on six counts - one of which carries a minimum sentence of 6 months jail. After his legal team claimed he had a mental illness, 5 charges were dropped, and he pleaded guilty only to causing intentional bodily harm. Not a bad day's work for a violent criminal who has appeared only ONCE at a mental health service. [Read the whole article here]:

Police Association Victoria secretary Wayne Gatt said: “These mandatory minimum sentences were introduced … to ensure there was a baseline period of jail for anyone guilty of injuring our emergency services workers. How does this case not constitute that?”

Only this week, on Boxing Day, another police officer was atacked in the course of making an arrest. The attacker fled the scene and the original perpetrator, arrested on suspicion of shoplifting, was later released. [Read more here.] Members of Vicpol recently received an internal memo warning them that gangs of youths may be trying to ambush them. Despite this warning, only two police officers were sent to Werribee to look into the violent gatecrashing incident. [Source]

The rate of violent crime in Victoria is undoubtedly increasing. Surely it's no surprise that when a government has little regard for the unborn, elderly and disabled, there is also evidence of a general contempt for the rest of the population reflected in crime statistics. Although the Victorian Police try to put a positive spin on the trends - crime numbers are apparently down overall - the increase in murders, sexual assaults and armed robbery is cause for concern.

We've been told not to jump to conclusions about the motivation behind last week's vehicular attack in Melbourne. Decining trust in our police force could lead to anarchy, we're told. That's all well and good. I'm sure the victims who were rammed by the SUV feel much better knowing that the driver was only a meth addict and not some radical Islamist. The concrete bollards which were installed in Melbourne's CBD to stop vehicular attacks didn't deter this driver at all. Perhaps he researched his route before the big day; no doubt "avoid bollards" is a route option in Google maps. If this government has any hope of being re-elected next year, or if it simply wants to avoid anarchy as public confidence plummets, then it had better come up with something more effective than 200 bollards to stop the violence. Ensuring that the police force does its job by adopting a zero-tolerance approach to violent offenders would be a good start. Tightening up our very relaxed bail conditions would be even better. Dispensing with the 'mental illness' diagnosis for terror-like attacks would be best of all. But until there are some major changes, Dan Andrews should consider marketing Victoria as a State of emergency.