Greens’ Economic Plan to Keep Us Stoned and Welfare-Dependant 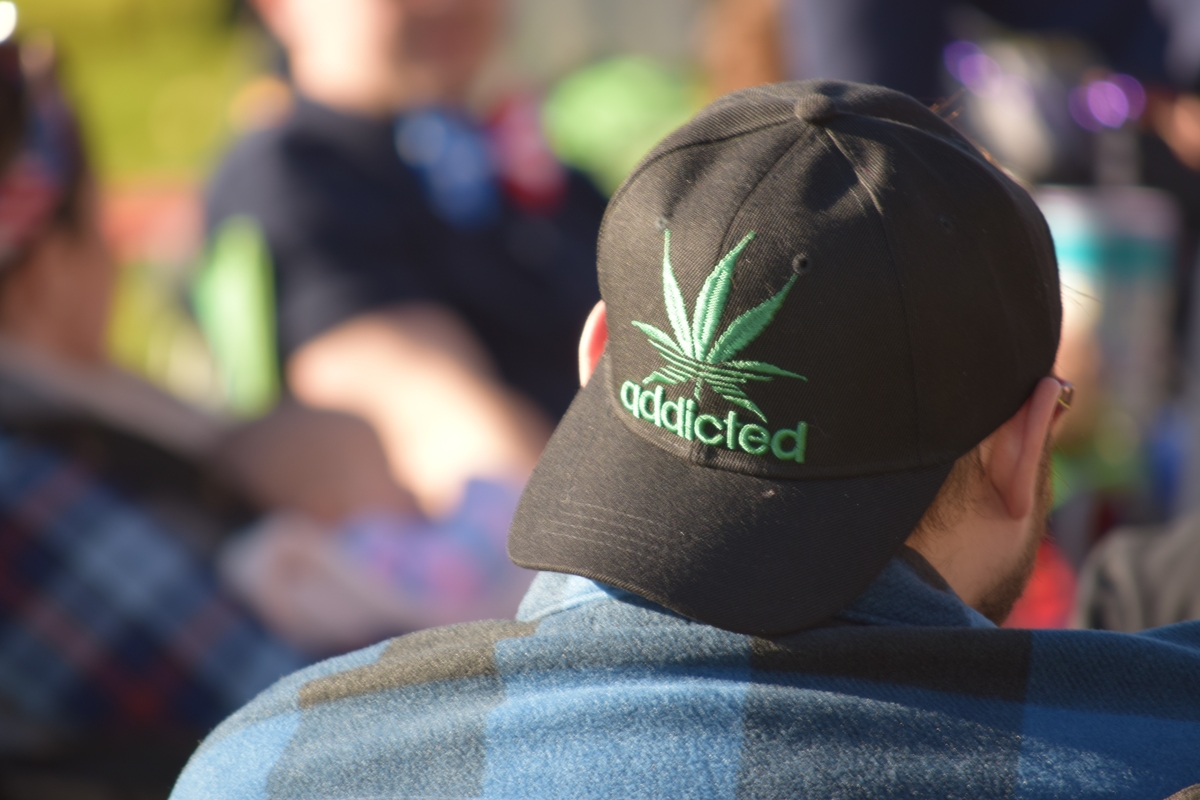 Both the Greens and Leyonjhelm agree that an undisclosed portion of the anticipated GST will be reallocated for the treatment of alcohol and tobacco-related diseases. It’s a contradictory ideological position for libertarians who despise redistributionist and welfare policies and hold that individuals bear the consequences of their personal choices. But the Greens are equally ideologically inconsistent. On the one hand, they rail against the evils of big tobacco, alcohol and sugary product corporations but paradoxically allow them to operate so long as they are highly taxed, regulated and the public purse once again picks up the health tab.

Big Corporations and Drug Dealers – Dividing the Spoils of Legalisation

Leyonjhelm’s budget costings show legalisation would increase marijuana availability. As purportedly one in three Australians have used cannabis, it’s basic supply and demand. Inexpensive and legally desired products equal more consumption. And once again it is a rebranded Big Tobacco 2.0 — Phillip Morris’ parent company Altria bought the domain names “AltriaCannabis.com” and “AltriaMarijuana.com”— that are poised to make billions; as experienced when US states passed cannabis legalisation, companies and markets went into a frenzy. Australia’s medical pot industry has already made significant global gains and legalisation will exponentially increase profits with the added spinoff of filling drying government coffers. [1] Corporate monopolisation has always been the object of legalisation despite statements alleging feigned concern from drug lobbyists that “large companies and rapacious businessmen” will squeeze out smaller competitors. One of the biggest advocates, Allen St. Pierre, former Executive Director of the National Organization for the Reform of Marijuana Laws (NORML), admitted to contacting major tobacco firms as their business model is the most applicable for marijuana trade. Forbes reports that with the global increase in recreational marijuana legalisation, Australia’s share of the estimated $57 billion worldwide market will be anywhere from $52 million in 2018 to $1.2 billion in 2027, the 5th largest in the world. But given that drug dealers also make comfortable living from low cost, high yield products and specialise in circumventing the law (Pablo Escobar would either bribe or, failing that, kill politicians, judges and policeman), why would legalisation suddenly cause criminals to give up their stake in a lucrative investment? Particularly when the Greens want to add an excise tax on top of GST and licensing costs, why would consumers want to buy a taxed product over a cheaper, illegal one? Untaxed products have even greater appeal in struggling economic environments, including Australia, with high personal and national debt, stagnating real wages and one in two households receive some sort of welfare. As a countermeasure, the Greens plan to slow down illegal production by allowing individuals to grow six plants for personal consumption. However, in a low-regulated market with minimal risk of detection, drug dealers can easily manipulate any number of disadvantaged individuals. A particularly attractive proposition for cash-strapped students that could grow six plants indoors with an average harvest time of three to five months. All these factors realistically point to an increase in criminal smuggling. Legalisation merely means greater competition for market share.

Increase in Trafficking, Accidents and Healthcare

If decriminalisation actually decreases illegal trafficking then the most highly smuggled goods and services would not include those that are legal in most Western nations: tobacco, alcohol, opiates and prostitution.[2] And all these are intractably linked within a network of pleasure and addiction seeking industries. Why should anyone assume a different pattern for legalised marijuana? Colorado is touted as the pinup state for successful marijuana legalisation. But on closer inspection, it’s far from a convincing picture of sitting around a campfire singing Kumbaya. Drug cartels are keeping law officials busy by paying “weed farmers” to grow plants in the states vast forests and selling out of shop fronts.[3]. The state also more than doubled its rate of fatal crashes, mirroring the results of a 20-year study that found driving after smoking cannabis doubles the risk of having a car crash.[4] And since drug use is linked with high-risk behaviour, it’s not unsurprising that many drivers testing positive for marijuana were detected with both alcohol and marijuana. However, since marijuana testing in Colorado is not compulsory, actual figures may be higher.[5] This leads to another problem left out of the Greens analysis—workplace and insurance costs. A recent study put marijuana use among of workers in production, life, physical and social science, sales, installation, maintenance, and repair at 19 to 21 per cent. If marijuana is legal what will be the added costs to the workforce in absenteeism, accidents, healthcare, additional workplace training and insurance premiums?[6] Discrimination claims against employers who choose not to employee marijuana users or won’t allow its use during “off times” is already being dealt with in the US. And what of more athletes promoting cannabis as performance enhancing?[7] All of these consequences taken together with reports of increasing homeless pot smokers seeking refuge in Colorado (the estimated costs of $45,183 per homeless person per year) keep straining an already overburdened health care system, increase regulatory costs and decreasing the revenue raised through legalisation.[8]

Consequences are for those that can least afford it

With more data showing THC levels (chemicals causing the ‘high’ in cannabis) more powerful than decades earlier and a host of dangerous chemicals and fungi being discovered;[9] the health warnings sound eerily similar to those levelled decades earlier against tobacco industries. Yet, despite drug lobbyists efforts to smear the impact of marijuana harms as prohibitionist scaremongering, evidence still supports its links with respiratory problems, cancer, heart attack, low birth weight, schizophrenia and cognitive impairment.[10] These findings were confirmed in a study by Professor Wayne Hall, advisor to the World Health Organisation, as does the US Office of National Drug Control Policy, 2008 Marijuana Sourcebook. Marijuana produces addiction and a greater risk of dependence to heroin and cocaine that is, it is a gateway drug,[11]a point vigorously denied by lobbyists. This is the reason activists incessantly promote and emphasise a culture for addiction and adult rights to recreational pleasure. However, as any marketing executive will admit, it’s not occasional users but repeat customers (addicts) that reap the most profit and that means mass market inundation. And as always, the destructive effects will be felt most by those who can least afford the consequences and are most likely to depend on scraps of government welfare to survive: the young, poor, vulnerable, indigenous and rural communities.

The most effective weapon in directing the public’s view away from this bleak picture is via the faux compassion engineeredthroughh the Trojan horse of medical marijuana that Soros funded mouthpiece, Princeton Professor Ethan Nadelman, admits opens the path to full drug legalisation.[12] “Personally, when I talk about legalisation, I mean three things: The first is to make drugs such as marijuana, cocaine and heroin legal.” But why would elites want to drug the masses? The end game is always mass control (dependency) and money. Lots of it. But it is not without precedent. The Opium Wars (1839-60) reflect a time when the British government filled its treasuries from the lucrative spoils of the heroin trade into nations such as China that alone had 150 million opium-smokers roughly three or four times the population of Great Britain. The British government primarily through the East-India company grew, pushed and smuggled what foreign nations referred to as “white man’s smoke” and “foreign dust”. “Opium is a pernicious article of luxury, which ought not to be permitted but for the purpose of foreign commerce only,” stated the governor general of the company. Finally, this powerful nation used military force during a century of desperate protest and finally armed resistance from the Qing dynasty with the Chinese government finally submitting to legalising the trade of opium. The result was a symbiotic relationship where opium trade was as common as human slavery. One observer summed up the events:

“Trade supports us, governs us, controls us our dependencies, represents us at foreign courts, carries on our wars, signs our treaties of peace. Trade, like its symbol the dollar, is neither good nor bad; it has no patriotism, no morals, no humanity…and its law is the law of the balance sheet… It is difficult to get a commodity into these currents, but once you have got the commodity in, you will find it next to impossible to get it out.”

Having completed a business degree and a graduate certificate in Journalism, Eleni worked several years as Staff Editor and freelancer for Prison Fellowship Victoria then went on to work as a Policy Researcher for the Australian Christians Party. Her decision to stand for Australian Christians as a candidate was born from increasing alarm at Western society’s steady erosion of Judeo-Christian values in every facet of governance and public life. Eleni now holds the position of Features Writer for the Drug and Alcohol Council of Australia (DACA). To contact Eleni, please email: eleni4347@gmail.com