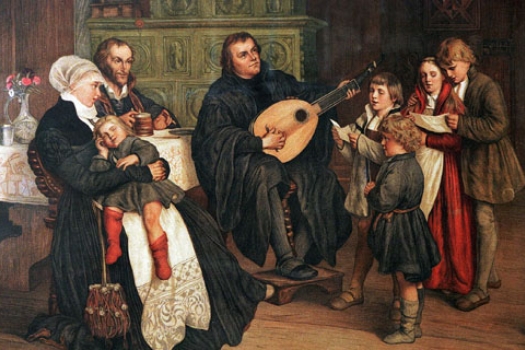 Similarly, developed nations would not be facing the alarming declines in population that are causing economic headaches for their leaders. The popularity of contraception among Christians enabled the sexual revolution, with its focus on pleasure rather than procreation, to spread like wildfire, removing babies from the sexual equation, even within marriage. This contraception mentality seals the fate of those little ones who are conceived unintentionally. The statistic - no form of birth control is 100% effective - becomes a reality for a few in every hundred couples. The resulting children are most often aborted. Since children have become optional, many couples have lost sight of the significance of marriage. Adultery and pornography are becoming more acceptable by mainstream society and the ideas of sex, marriage and children - once unquestionably intertwined -  have become isolated events which may or may not involve a traditional man/woman couple. While orthodox Catholics make a clear connection between the rise of contraception and a decline in morality, many non-Catholics remain convinced that limiting the number of children is part of God's plan for families. But this attitude is relatively new among Protestants; indeed, all of Christendom was united in its stance against contraception for almost 2000 years.

I knew only a little about traditional Protestant views on contraception from my research into the life of Marie Stopes. [Stopes, ironically, was against abortion but created the impetus in Britain for an acceptance of contraception. Her energetic education campaigns of the early twentieth century heavily influenced the public and even the clergy.] Both Stopes, and Margaret Sanger, founder of Planned Parenthood, embraced eugenics and promoted contraception as a means of purifying and regulating society. My research led me to two very informative articles by a Lutheran, Allan Carlson, on the Protestant history of contraception. (Read them here and here.) Carlson claims that a large part of Luther's original 'protest' was centred around priestly celibacy and its apparent contempt for children - a kind of 'antinatalism.' Luther's insistence on married clergy was an attempt to right this perceived wrong by presenting fruitful marriages as the gold-standard for Christian life. As other reformers embraced married clergy, while also maintaining a ban on the use of contraception, there emerged a culture of clergy boasting and promoting large families, which became the norm for four hundred years. Carlson quotes John Wesley, the eighteenth-century founder of Methodism, and the 19th century Calvinist, Johann Lange, as condemning contraception. The following statement sums up the view that many Protestants held even at the beginning of the twentieth century:

As late as 1923, the Lutheran Church/Missouri Synod’s official magazine The Witness accused the Birth Control Federation of America of spattering “this country with slime” and labeled birth-control advocate Margaret Sanger a “she devil.” Pastor Walter Maier, founding preacher of the long-running Lutheran Hour radio program, called contraceptives “the most repugnant of modern aberrations, representing a twentieth-century renewal of pagan bankruptcy.”

The Lambeth Conference: Opening the Floodgates

The 1930 Lambeth Conference was the beginning of the end of Protestants seriously obeying God's command to be fruitful and multiply. It was at this Anglican council that the traditional ban on contraception was overturned, and its use was formally accepted and deemed to be in accordance with God's Will. This was a far cry from the bishops' resolution of 1920 in which they stated:

"We utter an emphatic warning against the use of unnatural means for the avoidance of conception, together with the grave dangers - physical, moral and religious - thereby incurred, and against the evils with which the extension of such use threatens the race."

Certain limitations were set down in Lambeth's Resolution 15 - couples were to act according to their consciences, and sexual activity was still to be confined to married couples - but these were quickly abandoned as men and women discovered how pliable their consciences could be when it came to limiting their families. The Anglican Bishop of Oxford, Charles Gore, had always been a very vocal opponent to 'Birth Prevention'  and came out strongly in condemning the 1930 resolution. Bishop Gore identified the eugenic mindset of birth control advocates such as Margaret Sanger and Bertrand Russell and observed that some advocates of contraception had recourse to abortion if their preferred method failed. He appealed to tradition, to Scripture and also to natural law arguments to denounce a policy that he saw as 'deserting the Lord'. The following is taken from his pamphlet about Resolution 15:

Now it is true that the sexual intercourse of married people has other recognized ends than the production of offspring. The Church has always declined to say that this is the only end. And it has never prohibited such intercourse when the laws of nature make generation improbable or impossible. But it has said steadily or constantly that this is the primary end of marriage, and it has condemned as unnatural and as a sin the attempt by any devices to separate absolutely the satisfaction of the physical desire from its chief end. The methods provided by Birth Prevention are not wrong because they are mechanical. But legitimate mechanism should tend to promote the ends of nature not to obstruct and defeat them. The Church has regarded Birth Prevention as sinful because, like other sensual practices commonly called unnatural, it is a deliberate enterprise taken in hand to separate absolutely the enjoyment of the sexual act from its natural issue. It is thus to be reckoned among the 'unfruitful works of darkness.' I must add that the Church has always and rightly bidden us have regard in our individual conduct to the general effect of what we are proposing to do. We are not allowed in judging of any matter to isolate our private interest from the general interests of the kingdom of God.

When the sexual revolution of the 1960's burst onto the scene, many churches were completely unprepared to stop the onslaught against morality. Decades of enthusiastically promulgating contraception had left many priests and pastors ill-equipped to stand firm when it came to preaching that sexual activity belonged to marriage and that children are the desired consequence of the marital act. An alarming multi-denominational conference took place in 1961 and illustrates the depths to which Christian morality had sunk during the early days of the sexual revolution. The North American Conference on Church and Family, which was hosted by the National Council of Churches, featured a line-up of eugenicists, abortion advocates and sexual deviants:

It would surprise no-one to find speakers of this persuasion at an event championing the 'Safe-Schools' program or at a Family Planning conference, but it was highly inappropriate for them to be found where Christians were discussing their views on the family. Carlson states that such a phenomenon was a consequence of 'the defection of the Protestant clergy from the Protestant Family Ethic.' Among Catholics, too, there was a crisis, with many laypeople and clergy fully expecting that Pope Paul VI would announce the Church's willingness to abandon its teaching of two millennia and embrace contraception. International pressure upon the Vatican was enormous, with abortion/contraception advocates prepared to resort to bribery in order to secure a reversal on Catholic teaching. The following information was found on the EWTN website and quotes an article from a 1989 edition of The Wanderer magazine.

Edouard Cardinal Gagnon, President of the Pontifical Council on the Family, revealed at a June 27, 1989 lecture in Washington, DC that the Vatican was offered "millions of dollars" in bribes to change Catholic Church teachings on artificial contraception when the Vatican took up the issue in the late 1960s. The money would be declared a "gift" if the Church wouldn't formally declare its teaching in the encyclical Humanae Vitae. The bribe was offered by retired U.S. general William Draper, who at the time directed the International Planned Parenthood Federation (IPPF).[10]

Although these days, opposition to contraception has become almost universally associated with the Catholic Church, many denominations and also other faiths maintain a ban on sterile sexual activity, at least in their formal teaching. For example, among Moslems, the most orthodox scholars oppose all birth control, and those who do allow its use specify that it must be employed only for serious reasons. Orthodox Jews maintain a ban on contraception, and Tao Buddhists are also reluctant to promote its use. Many Hindus continue to oppose contraception, although some schools of Hindu thought allow for its use; Gandhi was also opposed to contraception, opting for abstinence instead. Natural law arguments also support the notion that contraception frustrates the integral meaning of marriage. For example, in this article on the Historic Christian Christian Teaching Against Contraception, the natural law is invoked to prove the immorality of contraception on the basis of the intrinsic good of creating new life:

The conjugal union of husband and wife—marriage—is one bedrock human good, one basic form of love. By its nature, it is deepened by the bearing and rearing of new people. But to thwart what so crowns a marriage is to choose against this good itself, against marital love. And choosing against a basic good or form of love is a sin.

It is a source of great sadness to many that Catholics in the West contracept as almost the same rate as the general population. But in addition to those small pockets where it was never really embraced there is a resurgence of interest in God's plan for sexuality by a new generation. Young people who have witnessed the devastating effects that the sexual revolution wrought on their parents, or who have experienced it themselves, especially via pornography, are embracing chastity outside marriage and also rejecting contraception within it.  And this revolution of purity isn't limited to Catholics. Allan Carlson concludes his article with examples of a pushback against the contraceptive mentality, including that of Pastor Matt Trewhella and his wife, who, after deciding to have his vasectomy reversed, added seven children to their family.

While surely in the minority, the Trewhellas are not alone. In so acting, they are rediscovering their distinctive theology and their heritage, and they are accepting their special responsibility as a pastor’s family to serve as witnesses to the original Protestant understanding of the divine intent for marriage. Importantly, they are also rebuilding a common Christian front on the issue of contraception, one lost in the dark days of the first half of the twentieth century.

Thus we see a great opportunity for Christians to gain some ground lost to the enemy by joining forces in rejecting contraception and to begin again to educate the world about God's plan for love and marriage. Unity among all believers on this issue truly would assist in building a culture of life.

Our Surrender of Family Planning to God A Journey from Contraception to Life As Protestants, We rejected Artifical Contraception 5 Medical Reasons to Avoid Contraceptive Devices