If masculinity is 'toxic' then what is feminism? 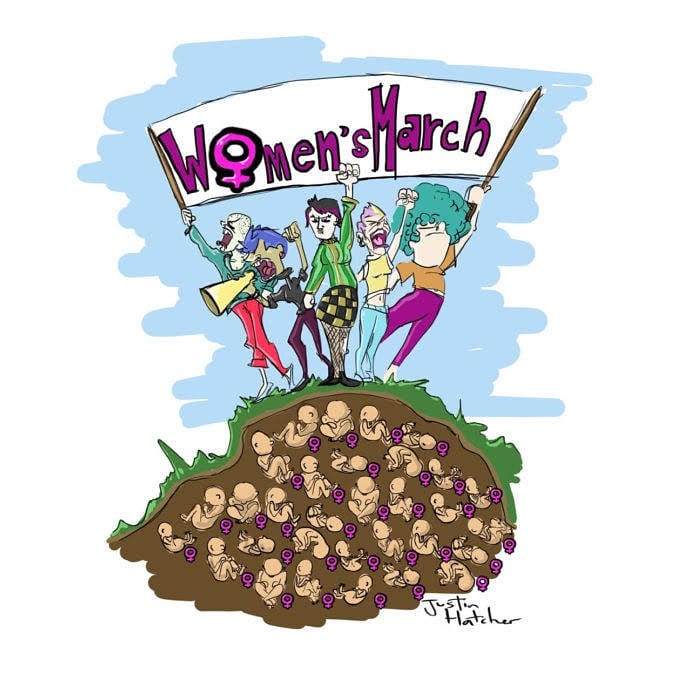 Feminists may not have invented the victim mentality, but they have surely made it their own. There is no field, cause or position which can escape their particularly toxic form of victimhood and its accompanying blame-game. Nowhere is this clearer than when it comes to the noble vocation of motherhood. Despite mothering being the only truly unique domain of women, despite its nature being written in our very biology, feminist ideology demands that motherhood be subject to the same restrictions and devaluations as anything in the purely masculine domain. So when a female politician publicly states that she is going to resign for family reasons, the feminist response is not to congratulate her for knowing her own mind. It isn't to acknowledge the powerful attraction felt by such a woman to prioritising her family. The feminist mind is incapable of reasoning that it is entirely natural for a mother to want to be home with her children, and to consider her potential children. So, the feminist response - which, conveniently, also suits the virulently anti-Liberal-party media - is that a female politician would only resign because she wasn't supported enough in her job by men. It is somehow the fault of men that a woman wants to be, foremost, a wife and mother. The idea of true femininity galls them, and they retaliate by once again, blaming men.

Feminism's denigration of motherhood hits the extreme when the issue of gay men parenting arises. When there are no women present in a family, it could be expected that feminists would be up in arms about it, claiming that their 'superior' gender is a requisite in every home. There should surely be some mention of the need for a womanly influence somewhere in the life of each child, if for no other reason than to impart the feminist ideology from an early age. But here again, an anomaly reveals itself. For the feminist, two gay men raising a family is not a threat to women, but becomes  a teaching moment for all families. Gay fathers are seen as 'expanding parenthood' roles and may provide 'alternative models for all families.' This is because homosexual fathers practise 'conscious parenting', which makes them superior to the traditional binary model in which unconscious parenting is apparently the norm. It seems that the traditional dull-minded female unconsciously has sex, becomes pregnant by some clumsy pre-technological method, gives birth (via unskilled labour?), then materialises home to spend her days in a dreamlike state of maternal drudgery. And feminists, far from decrying the former form of parenting for its failure to acknowledge the irreplaceable role of a biological mother in her children's lives, support the idea that women are completely dispensable for their children.

"Women who previously worked in the retail sector or in nursing found that pornography offered them greater control of their labor, and surprisingly, it treated them with more humanity."

Many feminists don't think that a woman should dress like a woman, unless that woman is a biological man, in which case he's entitled to exhibit a more extreme version of femininity than any actual women would portray. Many feminists also believe that gender exists on a spectrum except when it comes to alleged discrimination against women. Then they're quite happy to think in binary terms.

Feminism claims that all women have a right to a child, regardless of marital status, sexual orientation or age. A pregnancy in these cases almost always involved the use of reproductive technology. Women who resort to using technology usually claim they're 'desperate for a baby' and are willing to shell out thousands of dollars to play the IVF lottery. But most don't seem to care about the high moral cost of gaining those children. If their fertile imaginations decide that their infertile wombs should produce a particular gender, those same women might hawk their tiny boys and girls via social media to try and create a 'perfect' family. Remember how precious and wanted that child was? Now it's just a bargaining-chip. If too many babies are produced, those women who are supposedly craving maternity frequently rid themselves of the suddenly burdensome child in a process known as 'selective reduction'. This is a euphemism for 'having one child killed by abortion.' And what of the excess embryos? There are estimated to be over 100,000 spare embryos in Australia and one million in the United States. Clients have up to a dozen children on ice, because they can't decide whether to have their embryos implanted, thawed, donated for medical research, or made into jewellery. While ethicists argue over the most moral course of action, the pro-life position is that these embryos are fully human and have innate dignity - despite their undignified conception. However, toxic feminism fails to acknowledge basic biology, issuing claims such as that embryos are 'like seeds that could become potential people.' But perhaps that is slightly less untrue than the abortion industry's notorious 'clump of cells' fable.

Abortion on demand is without doubt the single most destructive scourge that feminism has unleashed on the earth. It is an expression of the utter contempt that those women have for their calling, for their biology, and for their nature. Through abortion, feminist women mirror and exceed those actions which they most frequently condemn in their male counterparts: acts of violence. Through abortion, those women who make a life's work of mimicking men manifest man's most reprehensible characteristic: his tendency to dominate and kill. It would have gone better for the world had feminists decided, however grudgingly, to accept their children,  if for no other reason than that here was something men could not do - become pregnant. But instead of accepting biological realities, feminist women have embraced abortion and elevated it to the level of a sacrament. It is surrounding abortion that the feminist propensity for hypocrisy is most evident. Feminism believes that a man who won't pay child support is a loser but a woman who kills her child is a hero. Feminism says that a women is brave and responsible when she pays a doctor to have her child killed - for failing to protect to the vulnerable baby for whom the womb has no substitute. Feminism rightly criticises men who refuse to support their living children BUT to call out the lesser evil while condoning the greater one is hypocritical. Feminism falsely claims to care about women's health, except when it comes to protecting women from the side effects of abortion. Post-abortion grief, and physical side-effects such as sterility or breast cancer are labelled as pro-life propaganda. The abortion lobby has ensured that services which provide them aren't bound to make these serious side-effects clear to their patients - all of whom are women. Similarly, feminists are extremely resistant to any talk of abortion-pill reversal. Despite hundreds of successful reversals being documented, the truly pro-woman voice of the pro-life community is silenced and the evidence is dismissed as being unscientific. And feminists believe that women and men should be outspoken about FGM, sex-trafficking and domestic violence, but should stay silent in the face of gender-selection abortion and forced abortion. For example, under China's One-Child (and now Two-Child) Policy, women need an expensive license just to be pregnant.This has led to a staggering abortion rate of 23 million abortions per year, many of which are coerced or even forced. But feminists are largely silent on the issue. In China, and other countries with similar traditions, more girls than boys are aborted since boys have been more highly valued culturally. Second girls are particularly vulnerable in China. So is it any wonder China has the highest rate of female suicides in the world? This is a far cry from the 'empowerment' that feminists claim women experience from abortion. Training in the virtues once harnessed the wayward tendencies of both men AND women and taught them how to become productive and responsible members of society. But since that has gone by the wayside, society has become a free-for-all, where good is named evil and evil called good. And feminism has taken advantage of this vacuum of virtue to drive a stake in the heart of masculinity. While it's pretty clear to those of us left with any common sense, masculinity is not toxic, but feminism is extremely toxic - deadly, in fact, if one counts the number of tiny children whose lives it has claimed. And that goes to prove that FEMINISM, and not masculinity is a blight on the face of the earth that seeks to build a babel-like tower on a pile of dead babies. For this reason, and all those mentioned above, feminism should be denounced as one of the most malignant forces ever to have struck civilisation.