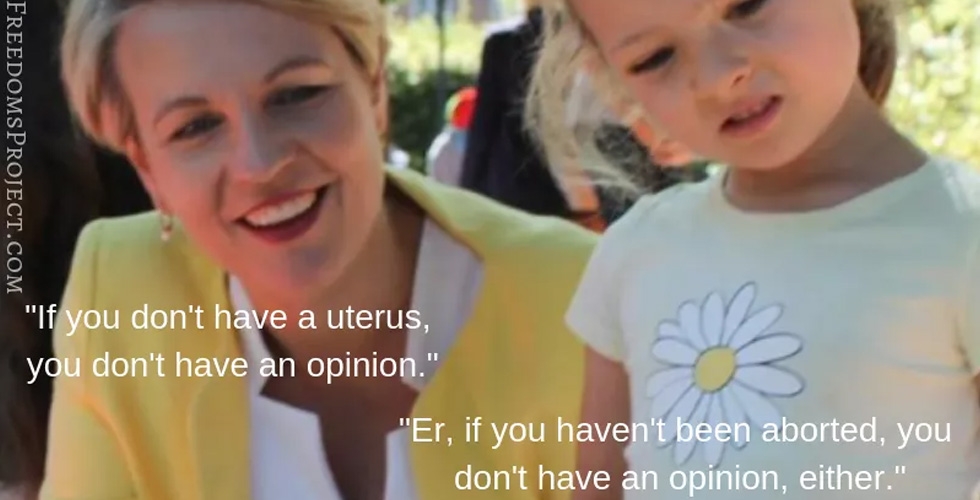 While some media outlets claim that the federal election will be fought on the dominant issues of housing, education, climate change and asylum seekers, Labor is clearly adding a fifth issue to their campaign in the form of abortion provision. And by making the package available at the federal level, the Labor Party will attempt to use this scheme to standardise abortion provision across the states.

Prime Minister, Scott Morrison, claims he is unhappy that abortion has become an election issue, and avoided confronting the topic while feigning concern for Australia: “I don’t find that debate one that tends to unite Australians and I certainly am not going to engage in the political elements of that discussion, because frankly I don’t think it is good for our country.”

Is there any debate that actually does unite Australians? And is there any issue that elicits more cognitive dissonance than this one?Consider this bizarre statement made by the ABC when reporting on Labor’s initiative: “abortion is still illegal in New South Wales and South Australia unless doctors find the woman or foetus is at risk.” Very strange, considering that the foetus – the baby – is always at risk during an abortion. In fact, the baby has almost no chance of surviving, which is, after all, the point of an abortion.

Now to the elements of the Labor package:

Hospital funding will be tied to abortion provision

State and federal funding for hospitals will be tied to provision of abortions under the scheme. Plibersek said: “For the first time, Commonwealth-State hospital funding agreements will expect that termination services will be provided consistently in public hospitals. This is critical to end the patchwork of service provision in Australia.” While the policy applies only to public hospitals at this stage, this could mean that hospitals run by religious entities will be required to provide abortions, or lost their funding, in the future.

Even as maternity services in country areas are being reduced, Labor is pledging to making it easier for women to have their babies killed. This incentivises abortion. Indeed, one could wonder at the eugenic principles behind an increased pressure on ‘country folk’ to abort, while allowing their more sophisticated city counterparts the luxury of high-quality maternity care.

Thanks to the Labor Party, the abortion pill was added to the Pharmaceutical Benefits Scheme in 2013, which meant that concession holders could access the drugs for only $6.40. But the $600 it is estimated some women still have to pay for tests and appointments is apparently a barrier to abortion that Labor wants to seeeliminated.

Long-acting reversible contraceptives will also be made more readily available, under Plibersek’s health plan. Despite the many health risks associated with these devices, they remain a favourite tool in the arsenal of abortion providers and advocates, since they promote the idea that sex and procreation are somehow unrelated. Labor plans to review the Medicare rebate on these devices to make them more affordable for poorer women. Sound health policy? Or social engineering?

Abortion information hotlines already exist in several states, but Labor’s scheme will make the service available nationwide. The hotline is described as a ‘referral service’ that would link pregnant women ‘to safe, credentialled providers of termination services.’ Note: this is entirely different from phone services that offer non-directional counselling and different from pro-life hotlines that offer the support which encourages mothers to keep their babies. There’s no doubt that women who call the new hotline will not be given information about abortion-pill reversal, despite the many successful reversals that have taken place.

Having an abortion is just like having a broken leg, right?

“Choosing to terminate a pregnancy is difficult enough. Forcing a woman to travel long distances or interstate to access surgical services can dramatically increase the emotional and financial burden.

“We wouldn’t accept someone having to travel that far for a hip replacement or a broken bone. Women deserve better.”

So, the former Health minister believes that abortion is little different from having a broken leg. Is choosing to have one’s leg x-rayed and set in a cast also a difficult decision? If not, why not? Why doesn’t Labor fund a hotline so that people can receive counselling before their hip replacements? Could it be that a hip replacement or a broken bone is very, very different from the procedure that deliberately takes the life of a tiny human being?

The callous sophistry is clear to us, but unsurprising, since, it was Tanya Plibersek who in 2018 claimed that  “it seems tragic that a woman would bring a child into the world for no reason other than she couldn’t afford to have a termination”.

It’s to be hoped that Labor’s proposed scheme won’t come to fruition: that would only mean swapping one form of ‘tragedy’ for another, far more deadly one.

Please take some action before the federal election: Dave Pellowe has good advice in his article, The Single Most Important Election Issue