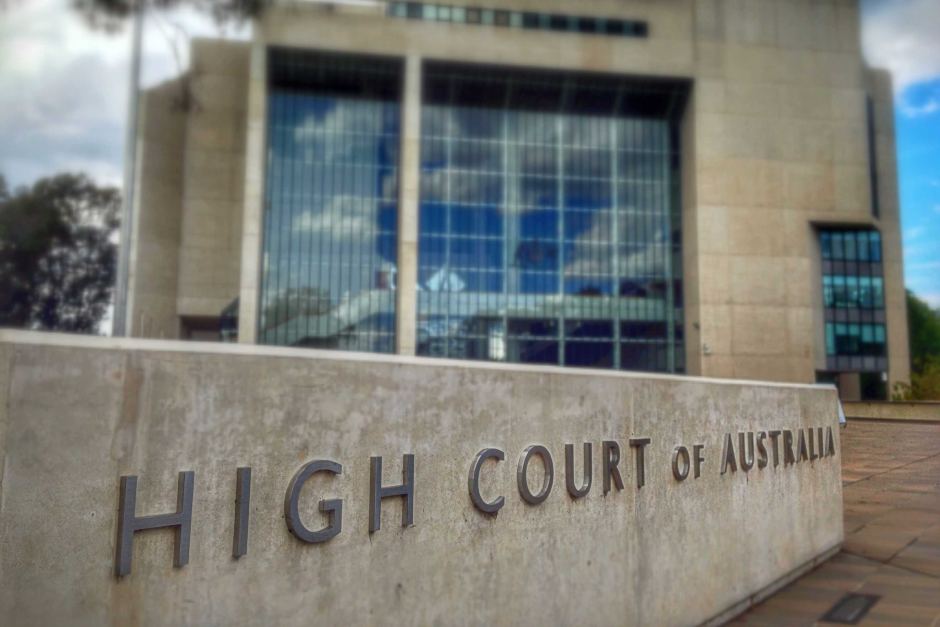 The important decision in Burns v Corbett [2018] HCA 15 (18 April 2018) (court-prepared summary available here) is a good outcome, and at the very least will force Australian jurisdictions to consider very carefully whether they want their local law to apply in other parts of the country. If they do, they will be required to give jurisdiction in those cases to their courts, rather than to lower tribunals.

The actions against Corbett and Gaynor

The litigation here arose through actions brought by Mr Burns (who may with no exaggeration be described as a “serial litigant” under NSW anti-vilification laws) against residents of two other States. I commented on the earlier stages of the litigation in my previous blog post “Australian inter-State vilification orders overturned” https://lawandreligionaustralia.blog/2017/02/04/australian-inter-state-vilification-orders-overturned/(Feb 4, 2017). Mr Gaynor was alleged to have committed “homosexual vilification” of Mr Burns through material published on a computer in Queensland under s 49ZT of the Anti-Discrimination Act 1977 (NSW). Mr Burns was not specifically named by Mr Gaynor, but was making a claim simply as someone of a homosexual orientation.
The NSW Civil and Administrative Tribunal, in Burns v Gaynor [2015] NSWCATAD 211 (14 Oct 2015), held that a person who posted material on a computer in Queensland could not be held liable for a “public act” under NSW discrimination law. However, costs were awarded against Mr Gaynor in relation to part of the proceedings, and it was this order which he was appealing. Ms Corbett was a politician standing for election in Victoria when she was quoted as making some remarks about homosexual persons which were considered insulting. In Corbett v Burns [2014] NSWCATAP 42, the Appeal Panel of the Tribunal accepted at para [63] that it was arguable the republication on the internet of a report written in Victoria might amount to a “public act” in NSW, and hence be actionable under the NSW law dealing with homosexual vilification noted above.
This finding against her was later sought to be enforced by an action for contempt of court. There are other examples of “cross-jurisdictional vilification claims” which raised serious concerns. Under the law of Tasmania it is unlawful to merely “offend” someone on the basis of their sexual orientation, in s 17 of the Anti-Discrimination Act 1998 (Tas). The most general defence provision under that Act, s 55, does not apply to “religious purposes”. Under this law the Roman Catholic Archbishop Julian Porteous was sued for distributing a leaflet outlining the Roman Catholic view of marriage to pupils in Roman Catholic schools. (For comment see my post “First they came for the Catholics…” (Nov 13, 2015) https://lawandreligionaustralia.blog/2015/11/13/first-they-came-for-the-catholics/.)
While the action did not ultimately proceed, there is nothing in the current Tasmanian law that would prevent such an action being brought again. Could a comment made in some other part of Australia, be punished under this provision?  In the Archbishop Porteous litigation, documents were sent around at one stage by the Tribunal there to Roman Catholic bishops all over the country. More recently, a similar action under the Tasmanian law was brought against a Presbyterian minister, Campbell Markham, for comments he had published around the time of the “postal survey” on same sex marriage, opposing the change on Biblical grounds. (See “Constitutional challenge to anti-discrimination laws“, The Australian, Aug 28, 2017.) Again, the action seems to now have been withdrawn, but the possibility of such an action hangs over the head, not only of Christians in Tasmania, but until the High Court’s decision today, over all Christians who speak publicly on the issues around Australia. In a previous post I gave an example of circumstances where someone might have been accused of “religious vilification” due to remarks made in NSW: see “Insulting religion and legal consequences” (Apr 3, 2016). While the cases dealt with in Corbett & Burns involve persons outside NSW being sued under NSW law, the case I postulated there was that of a NSW commentator who may have fallen foul of laws prohibiting “religious hate speech” in either Victoria or Tasmania. (There are no laws prohibiting such speech in NSW.)

The Reasons for the High Court’s decision

The details of the court’s ruling do not relate to the freedom of speech or religious freedom issues, as much as it would be good to get some more guidance from the High Court on these points. The decision was based on technical issues of jurisdiction of the courts in the Australian federation under our Constitution. For the purposes of this comment, suffice it to say that all members of the court agreed that a State Parliament cannot vest the jurisdiction to decide disputes between residents of different States, in a tribunal which is not a court. To quote the court’s formal summary:

The members of the Court reached this conclusion in two different ways, however. The majority of the Court (Kiefel CJ, Bell and Keane JJ in a joint decision, Gagelar J concurring generally) held that there was an implied prohibition arising from Chapter III of the Constitution that diversity jurisdiction (here this over-used adjective has nothing to do with discrimination law, but refers to the fact that the litigants reside in different States) could not be conferred on non-judicial State tribunals. The other members of the Court (Nettle, Gordon and Edelman JJ in separate opinions) held that no such implication arose from the Constitution itself, but rather that the relevant prohibition arose because of the enactment of s 39 of the Judiciary Act 1903 (Cth).

Implications of the decision

The main implication of the decision is that actions between residents of different States need to be heard by courts, not tribunals. This will require a number of changes to be made in the way State law is implemented, not just in the discrimination area but in many other areas. Many low level disputes between ordinary members of the public are heard in tribunals. In Johnson v Dibbin; Gatsby v Gatsby [2018] NSWCATAP 45 (14 February 2018) the NSW Civil and Administrative Tribunal Appeal Panel was dealing with a number of claims relating to residential tenancy arrangements involving parties from different Australian jurisdictions. The Panel there held that it was able to hear the matters (even after the decision of the NSW Court of Appeal in Burns), because on its view it was a “court of the State” for the purposes of Chapter III of the Federal Constitution, and hence was able to have federal diversity jurisdiction conferred upon it (see the summary of reasons at paras [3]-[5].)
The decision of the High Court in Burns does not resolve the question whether NCAT, or other State tribunals, can be regarded as a “State court” (all the parties conceded for the purposes of the argument that it was not, a concession that the decision in Johnson now suggests was wrong). It is possible that further litigation will be needed to settle this point. On the other hand, it seems fairly unlikely that where bodies designated by a different name operate in a realm where there are already a set of other bodies called “courts”, that those lower level bodies would also be regarded as courts. It may be that States will just accept that they will need to change the way they deal with inter-State litigation. The NSW Parliament, prior to the High Court’s decision in Burns, enacted provisions allowing a matter which would be in the “diversity” jurisdiction  to be heard in a court instead of a tribunal- see Part 3A of the Civil and Administrative Tribunal Act 2013, which commenced on 1 Dec 2017. It will now be interesting to see how this new system works. It will obviously add to the workload of those courts. But it may be that the application of the traditional techniques of judging will provide fairer outcomes in the long term.
Tweet
Tagged under
Download attachments:

Neil is an evangelical Christian, an Associate Professor in law, a father and a grandfather. He has qualifications in both law and theology and teaches “Law and Religion” as an elective to later year law students.

He blogs at Law and Religion Australia