What is the future of Alt-Media? 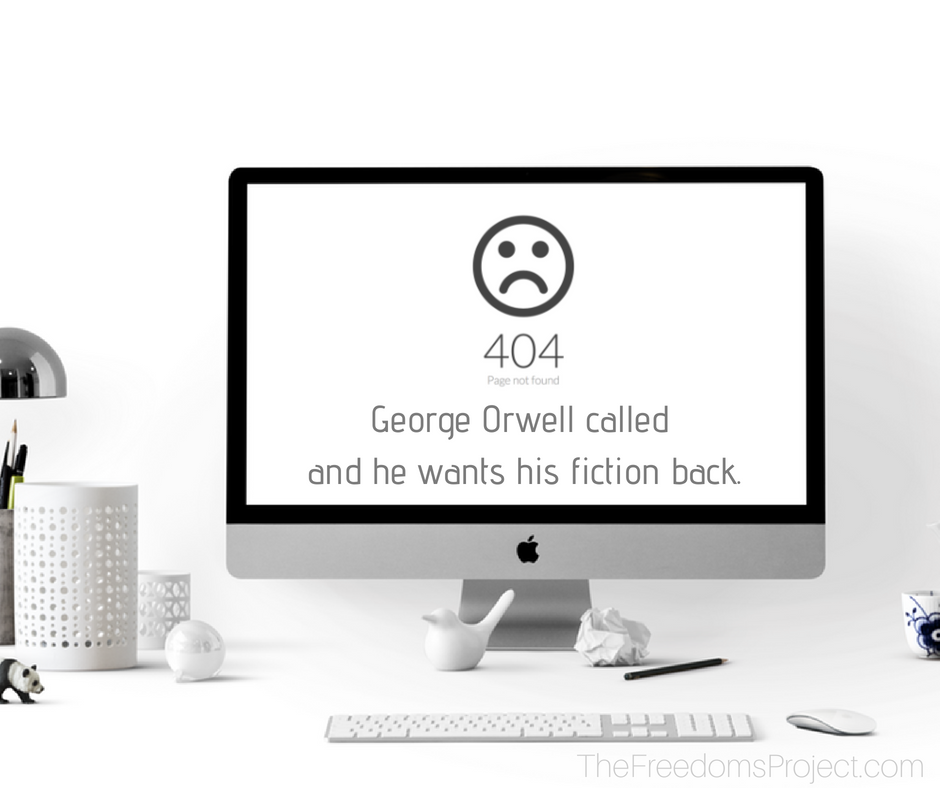 Censorship of conservative and pro-life media outlets has been going on for some time, but in recent weeks, this attack on free speech has become even more blatant. For example, controversial commentator Alex Jones of Infowars was banned from Facebook, Apple, Spotify, YouTube, and finally from Twitter then, just a few days ago, PragerU's Facebook account was completely hidden from its 3 million followers. Additionally, pro-life accounts have been censored on Twitter for merely stating that abortion 'kills babies' or that a fetus is a human being. An article on WND shows that public enemy #1, George Soros, is one of the prime movers behind this censorship of conservatives. A 49-page document, said to be promulgated by a group of political elites,  outlines the plan to sabotage Donald Trump's presidency, using Facebook, Google and other online platforms. With their strategy laid out as a four-year operation, Soros and others planned to censor and manipulate news sources under the guise of combatting 'fake news.'

“The earlier we can identify a fake news story, the more effectively we can quash it. With this new technology at our fingertips, researchers monitoring news in real time will be able to identify the origins of a lie with mathematical precision, creating an early warning system for fake news and disinformation.”

The results are staggering: (emphasis is mine)

The Gateway Pundit pointed out that in 2016, Google carried out that plan on the Gateway Pundit blog and other conservative sites, including Breitbart, the Drudge Report, Infowars, Zero Hedge and Conservative Treehouse. Facebook, meanwhile has changed its newsfeed algorithm, ostensibly to combat “fake news,” causing a precipitous decline in traffic for many conservative sites. President Donald Trump himself was affected, with his engagement on Facebook dropping by 45 percent. A study in June by Gateway Pundit found Facebook had eliminated 93 percent of the traffic of top conservative news outlets. Western Journal, in its own study, found that while left-wing publishers saw a roughly 2 percent increase in web traffic from Facebook following the algorithm changes, conservative sites saw a loss of traffic averaging around 14 percent.

So how widespread is this censorship in Australia, and what can we do about it? Is the internet, as this article in Forbes states, 'the greatest censorship and surveillance infrastructure the world could ever imagine'? Or is there hope? I asked three Australian commentators for their thoughts on the future of online alternative media. Daniel Secomb, of CultureWar Resource, although unable to give a statement due to time restraints, also confirmed that lately his site has had substantially less traffic flowing to it from Facebook than in the past.

of Caldron Pool Caldron Pool is fast becoming a premier provider of alternative and conservative news in Australia. Although relatively new, their following is growing rapidly as Christians are coming to see the deficiencies in mainstream media outlets and are searching for the news behind the news. Ben said:

"We’ve probably come to depend a little too heavy on left-leaning social media platforms like Facebook and Twitter. But what can we do when there really isn’t an alternative, at least, not with the numbers and active users? There seems to be a slow trickle towards websites like MeWe and Minds, but that trickle seems to be largely made up of content providers frustrated by censorship, not necessarily the average reader. Increasingly it seems the only sure way of getting the information you want is by returning to the trusty old bookmark bar, at least for now."

of Culture Watch Bill really needs no introduction, having been blogging on conservative and Christian issues for decades. He is also a regular contributor to this website. Bill told me that he has been shadowbanned on Facebook and that traffic to his website from social media has reduced significantly in recent times. Some months ago, Facebook disabled the share button under Bill's articles on that platform, and posts frequently disappear when his followers try to share them manually.

The Alternative Media Given the near-stranglehold the secular left has on the mainstream media and elsewhere in the West, the rise of alternative media continues to mushroom. Whether it is entire news networks, such as Fox News, or alternative social media platforms to the uber-left Facebook and the like, those concerned about freedom of speech and freedom of thought are leaving the various MSM outlets in droves. It is always the hallmark of totalitarian societies to fully control the media, education and all forms of communication. In the West we continue to see ominous moves in this direction. Not only does big government more and more seek to control what is said and even what is thought (consider hate-speech crimes and the like), but big business is also getting into the act with near-monopolistic power, as we see with Twitter, YouTube, Facebook, and so on. So things like alternate media sites, home-schooling, independent websites and bloggers are just part of the fightback. As long as even snippets of truth can be heard and penetrate the statist version of events, freedom can continue and the totalist state cannot fully dominate. As with all things concerning freedom, eternal vigilance is always required.

of Pellowe Talk Dave is well-known for his ongoing commitment to free speech and encouragement of Christians to get involved in the political process. His website, Pellowe Talk, is dedicated to providing non-pc news articles and opinions. Dave was also one of the organisers of the recent Lauren Southern tour, which mainstream media painted as a hate-speech festival, despite physical violence being perpetrated against attendees by Antifa. Dave has just launched a new, joint venture, the Free Speech Coalition, which will tackle threats to that freedom head-on. Dave's YouTube account was recently demonitised, which means that he is no longer able to earn money by allowing advertising on his very informative videos. However, he remains optimistic about the future:

In the information age, ignorance is a choice. The future of Alt Media is full of potential. Active or even passive restrictions by giant corporations will only provoke the spawning of new & better alternatives care of eventually more efficient free market solutions. The latent value of Alt Media is that it can provide unrestrained freedom for the critical examination of ideas so we can more freely choose our values as a society. We must embrace & support Alt Media as an imperative to a robust contest in the free market of ideas, independent journalism and the indispensable value of free speech for all.

Just as the word shadowbanning was being introduced into our vocabulary, there was a sudden drop in traffic to this website. Previously, the majority of our readers - upwards of 70% - had come via Facebook. That has slowed to a trickle. According to the stats on Facebook, our page's reach on there was down by 50% in the last month. This is despite the page views increasing and despite more people commenting on the posts. This means that more people are engaged but fewer are seeing our posts; the pool of readers is shrinking, thanks to shadowbanning. Like many readers, I've set up accounts on platforms which claim not to store or mine data, eg MeWe and Gab. But also like most of you, my time is limited, and I find it hard to maintain a presence on those platforms in addition to the more popular - but more liberal - ones. It can be disheartening, not to mention unjust, to see that there is a price to pay, even in this supposedly unrestricted arena, for merely telling the truth. But the flipside of that is, of course, that sites like this one and those mentioned above ARE answering the call to be counter-cultural. We're obviously doing our job!

My advice for anyone who wants to ensure the future of alternative media is to sign up for the email newsletters of your favourite sites. This is becoming the only way of guaranteeing that you see every article or video from your trusted sources. There has never been a more important time to be aware of the world around us - to know the news behind the news and the reality behind the hype. These aren't just cliches: it is clear that there are forces at work that want to keep the public in the dark: preoccupied with just consuming and paying the bills. Just think how different things could have been if we knew nothing about the Safe Schools programme, for example! Coverage of the true nature of that diabolical programme initially came almost exclusively from alternative news sources, especially through Facebook groups. And it's a similar story when it comes to Donald Trump's successes or even news about censorship and media bias itself. Mainstream media isn't going to admit that it is a propaganda machine for our political and social elites. So, please - choose a few sites and subscribe to them today - you could start with the websites mentioned in this article: Caldron Pool, Dave Pellowe, The Free Speech Coalition, Culture Watch, Culture War Resource and also this one, The Freedoms Project. We need your help to get the word out and to change the culture through education.

"My people are destroyed for lack of knowledge" [Hos 4:6]