Our elites just aren't that serious about stopping pedophiles 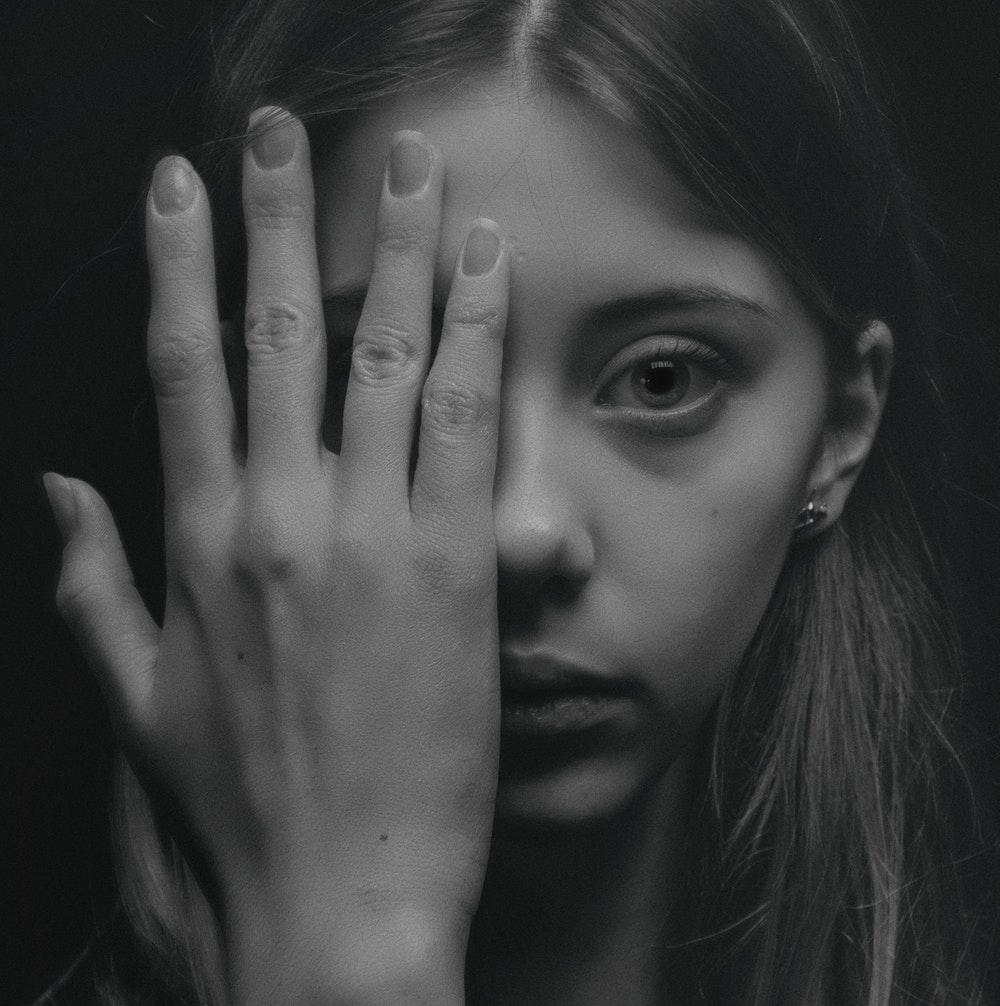 Ben Levin: a sex-offender out on parole

Some groups are on the ball, however. One such group from Canada, Parents as First Educators (PAFE) discovered that an infamous consumer of child pornography and former educator had been released on parole after serving only 18 months of a 3-year prison sentence.   Ben Levin, one of the personalities noted in "Are Pedophiles Writing Your Child's Curriculum?" was once the deputy education minister of Ontario. In May 2015, he was convicted and jailed for creating and possessing child pornography, and for encouraging parents, notably single mothers, to abuse their children sexually. In August 2016, Levin was granted day parole and then full parole in January last year. This offender had previously been denied parole. In a former decision, the board had stated that Levin was oblivious to the suffering he'd perpetrated:

“You continue to identify your family and social and past political network as victims. It was very concerning to the board that you appear to have little understanding that the children in the pornographic images you viewed and shared are the true victims of your offending. That they have been abused sexually, mentally and physically and will bear lifelong scars of this abuse inflicted on them for the sole gratification of people such as yourself.”

Why would the parole board think that a leopard would change his spots? Ben Levin's activities since his release should cause that parole board to rethink their later decision. Although a news article from October 2017 stated that after release, he would not be allowed to have access to the internet, there is evidence that he has been very active on academic websites, appraising articles related to - you guessed it - child pornography. One example is this article: "The Prevalence of Paraphilic Interests and Behaviors in the General Population: A Provincial Survey". Paraphilic means unusual sexual behaviours, such as voyeurism, fetishism, and masochism. A comment following the article states:

This article, and others by these authors, make an important contribution to providing empirical evidence in an area currently dominated by emotion and full of potential for abuse. There was an interesting argument about the definition of paraphilias in DSM IV and V, which was won by people who seem to want to restrict what counts as acceptable - or 'normal' - sexual activity; the same kinds of provisions that were used in past to criminalize homosexuality. There is also interesting legal research (for example by Melissa Hamilton) around how psychiatric definitions are brought into the criminal justice system and used to justify harsh penalties in areas where it is not clear there has been any significant harm. As still others have shown (e.g. J Haidt) moral judgments by people are often driven almost entirely by emotion with little regard for thought; history shows clearly how dangerous such tendencies can be.
I hope there will be more research of this kind forthcoming.

The comment likens society's repulsion for abnormal sexual activity to the former, collective prohibition on homosexual acts. Although the comment is posted anonymously, this article from November 2015 includes a screenshot of the same comment which gives the author's name: Ben Levin. According to the article, Levin left another comment at the end of “How Common is Men’s Self-Reported Sexual Interest in Prepubescent Children?”  This comment, now marked as a private profile, is attributed to Ben Levin in the above article:

This paper is part of an important effort to understand the prevalence of sexual interest in children in the general population. The current view that any person with a sexual interest in children must be a 'monster' leads us away from putting in place the policies and approaches that would be most effective in actually keeping children from harm because it disguises the real size and shape of the potential problem. When we locate wrong behaviour entirely in individual psychology rather than in social settings and situations, we will miss many of the important drivers of human behaviour which are either social or lie in the interplay between the individual and the social. The authors note, for example, that a considerable number of men have a sexual attraction to children but never act on it, or would seek therapy if they could do so without exposing themselves to prosecution - acting on this finding would very likely protect more children from harm.

These hardly sound like the words of a reformed criminal. Rather, they sound like the self-justification of a narcissist who casts blame on 'social settings and situations' rather than personal decisions made by perverted minds.

Good work, Fitzroy High. We all need to start working out together how we deal with technology, sex, education & empowerment. These are big questions for all of us. Disappointing Lab&Lib are attacking the move. pic.twitter.com/PskEEHN5if

This bizarre episode clearly shows how desensitised parents, teachers and community members are to the crazy shenanigans of our hyper-sexualised elites. Adam Bandt criticises his political counterparts for daring to condemn a school for teaching students the 'right way' to send sexualised text messages. What kind of brain-dead fatcat thinks that these texts are harmless or appropriate in any way, shape or form? Surely this is nothing other than a new attempt to prepare young people for harmful, early sexual encounters. Or perhaps for something even worse: it may groom them for dangerous liaisons with predators. This is more than irresponsible: it is despicable and must be condemned. Mark Powell wrote in The Spectator - his article also includes the 'educational' video in question:

Yes, you just read that correctly. Bandt is actually praising Fitzroy High School for instructing children as young as twelve on how to take and send nude pictures of themselves to others. In keeping with the Safe Schools ideology, the course is aptly called, “The Art to Safe Sexting”. This is what we’ve come too. Child pornography being propagated through state schools as a valid ‘art form’. And all this time I was under the impression that sending or receiving naked photos of people under the age of 18 was a criminal offence.

MAPs are coming out the woodwork

A quick trip to Twitter yields plenty of evidence that minor-attracted people are becoming quite open about their perversions. Some MAPs take great pains to explain that they are 'non-offending' or that such attraction is completely natural. (You can find more about this activity at Mindy Robinson's website) If our political elites and even big social media platform managers were serious about stopping or reducing pedophilia, these accounts would not be allowed to operate. Below: since I first began writing this article, the following account has been made private. The photographs in the once-public tweet showed extracts from a novel about survivors of childhood sexual abuse who were not traumatised:

pages 50 and 104 from the novel Pedal by Chelsea Rooney pic.twitter.com/g1hCZ9DGY3

And so it begins... pic.twitter.com/ku6FQpBbAO

Kirralie Smith asks how Tommy Robinson can be censored, yet pedophiles are given free reign on social media:

How on earth is it that Twitter bans people like Tommy Robinson and yet allow this disgusting page to exist?

Surely, we must all stop and ask ourselves just how common this attraction is among our elites: is this a by-product of our pornified culture? Or are sexual deviants being deliberately put into positions of authority?

French authorities recently passed a law which abolished the age of consent in that country, opening the way for pedophiles to be dealt with more leniently than rapists. Although the bill states that sexual activity between a child under 15 and an adult is not legal, there is the possibility for consenting activity to be classed as 'sexual assault' instead of rape, which would mean a reduced term for offenders. Alarmingly, consent is assumed where the child is unable to show evidence of “violence, threat, duress, or surprise.” [Source.] The change in law was sparked after a controversy in which two rapists of an 11-year-old girl were found not guilty on the basis that there was no proof of coercion. According to The Independent: 'Campaigners who demanded a firm age limit for sexual consent said the new law could encourage judges to classify sexual abuses as sexual assaults rather than rapes.' [Note: It may interest readers to know that according to this article on ages of consent around the world, under Sharia law, Saudi Arabia has no legal age of consent.] Surely, it should be a fundamental duty of legislators to ensure maximum protection for children. Why do we so frequently see evidence of the opposite happening?

This rather disturbing video, found on Cathy Fox's blog, makes many serious accusations. The journalist draws on 6 years of investigation to make her conclusions about the role the British establishment has played in covering up child abuse networks in that country - networks that have allegedly operated for decades.    If even a fraction of the accusations made in this video are true, then Britain has a crisis on its hands. But, that was already obvious to those who have followed the child-grooming saga, and its recent fallout in the form of Tommy Robinson's persecution.

We are living in times when child protection has been turned on its head: pedophiles and Marxists can be employed to write school curriculum for children, drag queens can be invited to read to kindergarten children - you can find out more at Drag Queen Story Hour: (this is not an expose site, but a service enabling the public/teachers etc to book a drag queen to read to their children.) However medical doctors are unable to even share tweets expressing alarm about gender fluidity, and journalists who try to report on child grooming are criminalised. School boys can be penalised for wearing shorts, but are encouraged to wear skirts. Clueless parents don't even care if Disney employs self-confessed pedophiles. I urge you to be vigilant: as Sonia Poulton said in the video above, it is the public's disbelief in the existence of organised pedophile networks that allows them to continue to operate. The same goes for failing to protect children from any kind of sexualised behaviour found in institutions, organisations and the entertainment industry; many parents don't believe it's happening or worse, don't believe that such influence is harmful.  If our elites won't stop it, then it's up to us to expose the rot.