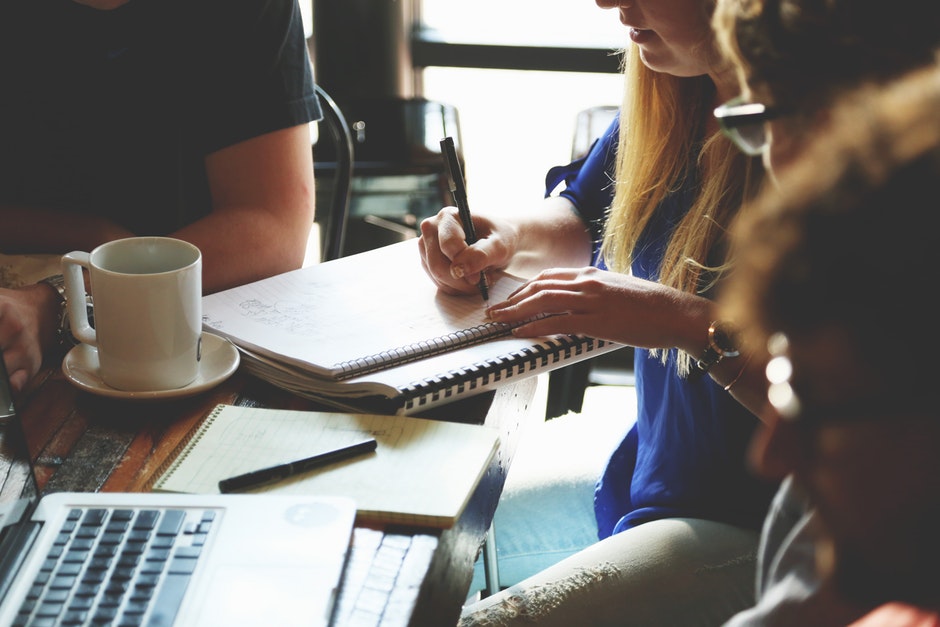 Commonwealth law has for some time prohibited discrimination on certain specific grounds, limited because the Commonwealth needs specific “treaty” justification for such laws, which are enacted under the “external affairs” power in s 51 of the Constitution. Currently Commonwealth law forbids discrimination on the grounds of race, disability, age and sex. The Sex Discrimination Act 1984 (Cth) (“SDA”) initially dealt with discrimination on the basis of sex (gender), marital status and pregnancy; in 2013 the Act was expanded to outlaw discrimination on the basis of sexual orientation and gender identity. Even at a stage when only the more traditional “sex” grounds were covered, it was realised that a total ban on differential treatment in all areas on the basis of the matters concerned would have a drastic effect on some religious groups. The Roman Catholic church, for example, has long ordained only men to be priests. This would arguably be discriminatory under the SDA. So from its introduction the Act has contained provisions allowing what would otherwise be discriminatory behaviour on behalf of religious organisation, when it was required by their religious views, to not be so regarded. Section 37 of the Act allows religious groups to continue with their traditional practices in the area of ordination of clergy, and in some other areas. Similarly, it was appreciated that religious schools would need similar protections. A conservative Christian school, for example, which taught that marriage was only between a man and a woman, and that all sexual activity should be reserved for marriage, could hardly employ a religious studies teacher who was living in a de facto relationship. One of the reasons for parents sending children to a religious school is that they expect the school to not only teach, but to model, behaviour that supports the religious mission of the school. So s 38 of the SDA provides protections for religious schools in areas of employment:

38    (1)  Nothing in paragraph 14(1)(a) or (b) or 14(2)(c) renders it unlawful for a person to discriminate against another person on the ground of the other person’s sex, sexual orientation, gender identity, marital or relationship status or pregnancy in connection with employment as a member of the staff of an educational institution that is conducted in accordance with the doctrines, tenets, beliefs or teachings of a particular religion or creed, if the first-mentioned person so discriminates in good faith in order to avoid injury to the religious susceptibilities of adherents of that religion or creed.

(Sub-section 38(2) is almost identical but applies this protection in the case of contractors rather than employees.) What these provisions make clear is that it is not “unlawful discrimination” for a religious school to require staff and contractors to teach and model the religious values of the school.

In addition to the provisions of s 38(1) and (2) relating to staff, s 38(3) contains an explicit provision allowing a religious school to require students at the school to also comply with school values in this area of sexual behaviour:

38 (3)  Nothing in section 21 renders it unlawful for a person to discriminate against another person on the ground of the other person’s sexual orientation, gender identity, marital or relationship status or pregnancy in connection with the provision of education or training by an educational institution that is conducted in accordance with the doctrines, tenets, beliefs or teachings of a particular religion or creed, if the first-mentioned person so discriminates in good faith in order to avoid injury to the religious susceptibilities of adherents of that religion or creed.

This sub-section was present from the very start of the 1984 Act, although at that stage it only allowed discrimination on the basis of marital status or pregnancy. (The specific terms of s 21 allowed the running of single sex schools.) When the Act was expanded under the Labor Government in 2013 to prohibit discrimination on the other grounds, this exclusion clause was also expanded to cover those grounds. In the Explanatory Memorandum tabled in Parliament when s 38(3) was given its current form in 2013, the Labor Attorney-General, the Hon Mark Dreyfus QC MP, said:

The Bill will extend the exemption at section 38 of the SDA, so that otherwise discriminatory conduct on the basis of sexual orientation and gender identity will not be prohibited for educational institutions established for religious purpose.  Consequently, the Bill will not alter the right to freedom of thought, conscience, and religion or belief in respect of the new grounds of sexual orientation and gender identity.

There was no particular “campaign” from religious schools prior to introduction of this law to allow them to exclude, or expel, same sex attracted students. Indeed, so far as I am aware, no religious school has a blanket policy that excludes or penalises gay students. But the provision may be of assistance in circumstances where a student who is gay wants to make that a public matter for discussion and activism in the school. This provision allows a  school which wants to maintain the general Biblical standard of sexual morality among the student body, for example, to calmly discuss with the student and his or her parents whether that school is the right place for them, or whether they would be more comfortable at a place which affirms their choice to agitate about this issue.

Recommendation 7 of the Ruddock Report, at least as circulated so far, reads as follows:

Recommendation 7 The Commonwealth should amend the Sex Discrimination Act to provide that religious schools may discriminate in relation to students on the basis of sexual orientation, gender identity or relationship status provided that:

Given the background mentioned above, the first thing to be said is that this recommendation is unfortunately worded. At first glance, and looked at in isolation, it seems to contain a positive recommendation to “provide that religious schools may discriminate”. This sounds like a massive change to the law. But in fact, in the context, it is clearly intended to be a recommendation that narrows the scope of the current law, rather than expands it. I think the sense of the recommendation would have been better captured if it had said “may only discriminate” under the listed conditions. (One issue worth briefly noting: each of the States and Territories also have laws dealing with discrimination, and some of them do not currently seem to allow religious schools to apply their beliefs in dealing with same sex attracted students. Some commentators have suggested, then, that this recommendation will actually bring about a major change in those jurisdictions.
I do not think this is so. In my view, the effect of s 109 of the Constitution is that where a religious school has been given the privilege of applying its faith commitments to decisions in this area, then State law cannot take away that privilege. I have discussed this briefly in a previous blog post here, and in a conference paper available here, at pp 23-26. In other words, religious schools in those jurisdictions already enjoy the benefit of s 38, although I concede this has not been directly tested in the courts.) The additional conditions which the Panel has recommended apply to the existing law which allows discrimination, s 38(3), are that the policy be “founded on the precepts of the religion”, be made publicly available to existing and prospective students and parents, and that action only be taken with the “best interests of the child” as the guiding principle. While the publicity recommendations are very sound (to reduce the chance of parents and students not being aware of this issue), the other two recommendations are not so clearly right, in my view.
The first, that discrimination here is only justified where “founded in the precepts of the religion”, sounds fine, but on further thought presents some problems. This condition is different to the current one, which is that the decision “discriminates in good faith in order to avoid injury to the religious susceptibilities of adherents of that religion or creed”. Without reading the Report itself it is hard to determine precisely what the new criterion means. It would not be a good idea if its effect was to hand over to the secular court or tribunal the task of determining what the precepts of a religion “actually” require. That is not an authority that courts and tribunals actually want, and on many occasions it has been recognised that a secular court should not be making binding decisions on religious doctrine. On the other hand, the proposal would be fine if it simply meant that the decision must be a good faith attempt to apply the religion as interpreted by the school, and not a “sham” to allow dismissal or discipline for ulterior motives. It may be best to wait until the full report is available to properly evaluate this suggestion.
The final suggested criterion also sounds fine, until the same question is asked: who determines what is in a child’s “best interests”? It is not adequate to say that this is a “neutral” issue that can be determined by child counsellors or psychologists. The Christian school may say: in our view it would not be in the interests of the child to support their preference for homosexual activity, as that is contrary to the Bible’s teaching. Often a secular counsellor would strongly disagree. On balance I would oppose including this final criterion- not in substance (of course I favour a decision in the child’s best interests) but because the process for determining the answer to the question is so unclear.

There are 19 other recommendations which I have not touched on here, and as the Report is issued the meaning of some of them will become clearer. Some of them are very good, and I wholeheartedly support them (such as recommendations 13 & 14 on abolishing blasphemy, and recommendation 15 insofar as it recommends specific Commonwealth law forbidding religious discrimination.) I hope to have more to say about these, and others, in the near future. But on this recommendation 7, it seems to me that, while there should be no toleration for animosity towards, or bullying of, same sex attracted students, there are serious issues here which religious schools have to deal with. One of the primary reasons that these schools are established, is so that a religious world-view can be presented to students. Parents send children to a Christian school, for example, assuming that the school will be both teaching and modelling Christian virtues, which include those such as self-control and abstaining from sexual sin.
Christian and other schools do not have a track record in Australia of refusing enrolment to gay students, or harshly expelling them when their sexual orientation becomes apparent. But there are difficult conversations to be had when a student decides to announce their sexuality and to actively support a non-biblical view of sexual behaviour among their peers. Rather than laying down detailed rules on how to resolve this issue, the current provisions of s 38(3) give the school the flexibility to look for solutions. They were sensibly introduced by the Labor government in 2013 to implement Australia’s obligations to protect freedom of religion and belief. While supporting the proposed publicity provisions as a sensible incremental improvement, it seems to me that the other proposed conditions run the risk of taking the conversation away from those entrusted by parents with guarding the religious ethos of the school, and would not be a good idea.
This article first appeared on Neil Foster's blog and can be read here:
Click here to read part 2
Click here to read part 3
Tweet
Tagged under
Download attachments:

Neil is an evangelical Christian, an Associate Professor in law, a father and a grandfather. He has qualifications in both law and theology and teaches “Law and Religion” as an elective to later year law students.

He blogs at Law and Religion Australia