The State Sexualisation of our Children 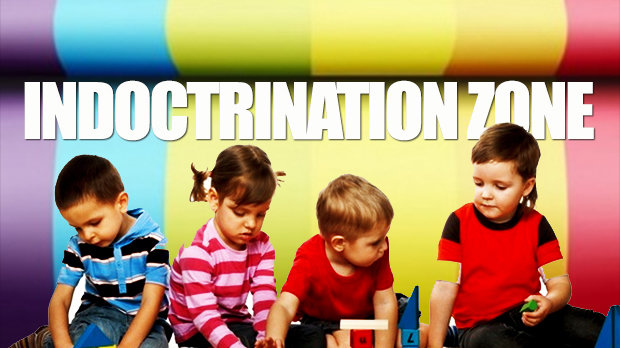 As I wrote in an earlier article:

We know that Kinsey and his associates used children ranging from 5 months to fourteen years in his sex experiments. For example, in Table 34 of his Sexual Behavior in the Human Male (1948), Kinsey sought to show that the youngest of children could be sexually active. He said that even “the youngest males, as young as 5 months in age, are capable of such repeated reactions [orgasms]”. In the table, four-year-old boys, for example, were sexually stimulated for 24 uninterrupted hours. A five month baby is said to have produced 3 orgasms in an unspecified amount of time. An eleven month baby is reported to have had 14 orgasms in 38 minutes…. billmuehlenberg.com/2009/05/10/in-praise-of-perverts/

If you are wondering why our kids are being sexualised from day one; why we have dangerous comprehensive sex ed classes targeting the youngest of children; and why we have schools pushing hyper-sexual content like the so-called Safe Schools programs, here is why: Kinsey’s “research” has become the basis for most talk about sexuality by Western governments and is found in most of our schools. His entire agenda has basically been bought by our sexperts, and they are pushing all this on our helpless children. I have been documenting this war on our children for decades now. For example, way back in 1995 I wrote the following:

The Australian Education Union has just proposed that AIDS and sex education classes become compulsory from the earliest years of primary school. It wants homosexuality to be taught in a “positive” fashion as well. The AEU claims that children’s rights are violated when parents, for reasons of conscience or religion, seek to withdraw their children from such classes. It even urged that these parents should be prosecuted for violation of human rights legislation. billmuehlenberg.com/1995/02/01/sex-ed-wars/

That was nearly a quarter of a century ago! Things have obviously gotten much, much worse since then. Governments and schools keep seeking to destroy our children via sexualising them at every turn and at ever earlier ages. But thankfully most concerned parents still resist this assault on their kids. Consider the most recent outrage that parents are up in arms about. The Victorian government has once again declared war on our children, this time in the form of a sexualised survey. On the surface it might seem harmless enough. Indeed, if you went to the government website that discusses this survey you would be misled into thinking all this is just fine: it is asking children about what they are eating, etc. It opens with these words:

Victorian student health and wellbeing survey The student health and wellbeing survey (known as the About You Survey) is conducted every two years in Victorian schools with students in Years 5, 8 and 11. About You collects important information about the health development, learning, safety and wellbeing of children and young people in Victorian schools. The 2014 survey included a sample of schools where student height and weight was measured. The survey covers topics relating to nutrition, health, physical activity, safety, life satisfaction, and family relationships. www.education.vic.gov.au/about/research/Pages/studenthealthsurvey.aspx#link31

But wait, there is more – much more. It is asking young children intrusive questions about their sex lives. Even the mainstream media is reporting on this, and the comments on the social media show how very alarmed parents are. One MSM site says this about the survey:

A mother in Vermont was infuriated when her daughter’s teachers handed out an intimate survey about students’ sexual history. Vanessa Beach’s 10-year-old daughter, Zoe, was in class last week when her guidance counselors handed out a questionnaire. The questions included intimate ones about students’ sexual orientation, whether they’ve been in a relationship, and whether they’d had a sexual partner. Although students were instructed to hand the paper back into their teachers, Zoe put her copy into her pocket. She took it home and showed it to her mom. And when Vanessa saw the survey, she was, understandably, shocked and outraged. She took to Facebook to share her thoughts. “Zoe did a survey at school today… now I don’t think sexuality is a dirty thing… and by that I mean ANY sexuality. That being said I am honestly a little taken aback that the school thinks it’s ok to ask my child about her and her peers’ sexuality at the age of ten,” Vanessa wrote. “What if my child was having a hard time with her sexuality?? What if any child in that class were!! Do you really feel like it’s your jobs to make them put an answer on paper for others to read!!?? I find this ridiculous and unnerving to say the least,” Vanessa wrote on Facebook. Furious, Vanessa contacted the school. “I spoke with the school and the first person was the guidance counselor who told me she herself had reservations about the survey and several teachers also expressed concern. That bothered me a lot,” Vanessa told Scary Mommy. www.msn.com/en-us/lifestyle/lifestyle-buzz/mom-furious-after-school-hands-out-survey-about-sexual-history-to-her-daughter%E2%80%99s-5th-grade-class/ar-BBOwoEh?ocid=sfYou can see one page of this survey pictured on this site. For more such pictures, and more information on this, also check out this important page: youreteachingourchildrenwhat.org/2018/10/parents-outrage-at-survey-questions-sexualising-kids/ As they rightly state at the end of their article:

If there is a gap in sexuality education, educate parents. As the primary educators and care-givers of our children, being kept in the dark and alienating us only serves to drive a wedge of division between parent and child. What can possibly be gained by doing that? Parents, this has already gone too far. Why are you staying silent and letting this happen? Time to speak up! Contact your State MP and let them know we won’t be silent any more. Our kids are too precious to damage them with unnecessarily sexual content. Share this to ensure every parent knows what’s really going on in schools behind our backs!

Finally, let me point out how our leaders are also pushing all this filth on our children. Kerryn Phelps, the lesbian activist, was once the head of the Australian Medical Association. She has now (if the current vote count holds) just won a seat on Federal parliament. So she is using her position of power and influence to continue to push outlandish hyper-sexualisation of children. As exhibit A, consider this 15-minute video in which the good doctor informs us that ‘masturbation is normal for babies’. Yes, you read that right. Check it out for yourself. Her remarks are found in the first minute of the video:  This entire video is an important expose of the dastardly “Safe Schools” program and the attempt of the Victorian government to sexualise our children. Academics, politicians and other elites are all banding together to undermine parental rights and get easy access to our kids. These movers and shakers are using every means available to get to our vulnerable children and sexualise them. Shame on them. It is time all concerned parents in this country stand up and be counted on this. Enough is enough. Leave our children alone. Let me finish with two quotes. Back in 1981 David Elkind wrote an important book, The Hurried Child: Growing Up Too Fast Too Soon. In it he speaks to this assault on children and childhood:

It is children’s right to be children, to enjoy the pleasures, and to suffer the pains of a childhood that is infringed by hurrying. In the end, a childhood is the most basic human right of children…. Hurried children are forced to take on the physical, psychological, and social trappings of adulthood before they are prepared to deal with them. We dress our children in miniature adult costumes (often with designer labels), we expose them to gratuitous sex and violence, and we expect them to cope with an increasingly bewildering social environment – divorce, single parenthood, homosexuality. Through all of these pressures the child senses that it is important for him or her to cope without admitting the confusion and pain that accompany such changes. Like adults, they are made to feel they must be survivors, and surviving means adjusting – even if the survivor is only four or six or eight years old.