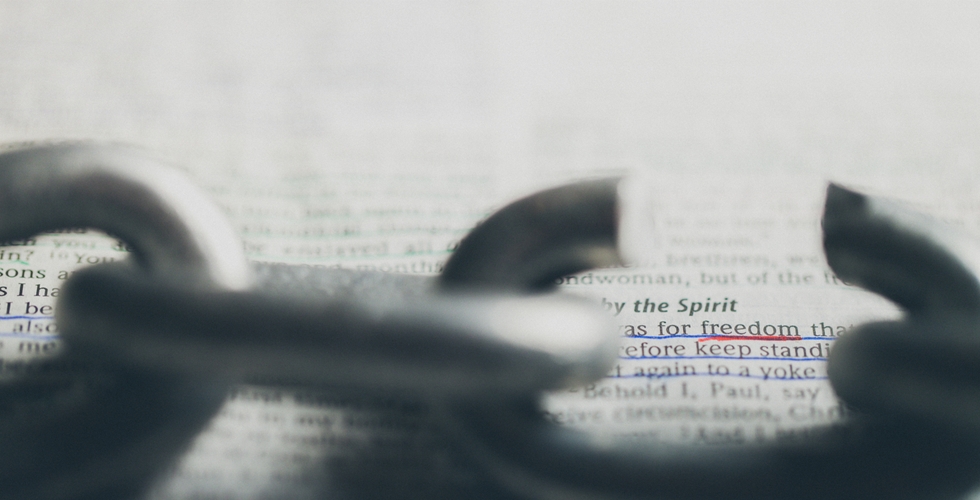 Israel Folau has lost his job (or come very close to it) for quoting Scripture on social media. That statement should make us think long and hard about the state of religious freedom in Australia. The football star has exposed a huge divide that exists among the Australian public by preaching basic Christian doctrine, but his comments are a challenge to all of us to defend the Truth, no matter what the cost.

Those that are living in sin will end up in hell unless you repent. Jesus Christ loves you and is giving you time to turn away from your sin and come to him."

Folau then goes on to quote the King James version of Galatians 5: 19-21:

"Now the works of the flesh are manifest, which are these; Adultery, fornication, uncleanness, lasciviousness, Idolatry, witchcraft, hatred, variance, emulations, wrath, strife, seditions, heresies, Envyings, murders, drunkenness, revellings, and such like: of the which I tell you before, as I have also told you in time past, that they which do such things shall not inherit the kingdom of God."

That post, which caused a huge backlash in the media, has been liked by over 42,000 people! Some of those include his fellow team-members, one of whom unliked the post after pressure from the RA organisers. So it seems that a staff-member was given the task of trawling through tens of thousands of names to find their players among them and call them out.

His comment has been labelled a 'breach of contract' by his employer, Rugby Australia and also by the NSW Rugby Union, who claim that it violates their code of conduct: while no conclusion has yet been reached, it is likely that Folau will lose his position as a result of the post.

So what is diversity?

Israel Folau is a former Mormon, and now a member of the Assembly of God churches. Thus, he holds some beliefs that are very different from my own Catholic ones. However, we are on the same side when it comes to standing up for God's Truth about human sexuality, and about sin and hell. This is what true diversity looks like: to disagree but yet show support when our beliefs line up or when our common humanity is at stake.

Contrast this with the position of Qantas, under its gay-marriage lobbyist chairman Alan Joyce. Qantas, as a sponsor of Rugby Australia, issued this statement at the time things blew up: "These comments are really disappointing and clearly don’t reflect the spirit of inclusion and diversity that we support." As is evident in everything urrounded the redefenition of - not only marriage and sexuality - but also of society, this idea of 'diversity' really means 'uniformity' and conformity to the prevailing groupthink.

In any case, Qantas has no reason to criticis the comments. Two of their partner airlines, Qatar Airways and Emirates, originate from countries where homosexuality is a crime and, although the penalty is rarely implimented, sodomy is potentially punishable by death.

There was further hypocrisy from the Age, whhich ran a headline calling for Folau to 'repent' of his comments. Surely, it isn't diverse to call for someone to repent before he is sacked from calling others to repent? True diversity would allow people of different ideas to live and work together without repercussions like losing one's job.

But wait! I hear you ask. Isn't Folau himself guilty of rocking the diversity boat by calling out homosexual behaviour (and lying, fornicating, etc?) That would be true, if it wasn't for one thing: Folau's deeply-held religious beliefs incline him to believe that his fellow human beings are risking their eternal salvation by indulging in the sins he mentioned. Thus for Folau, and for countless Christians around the world, naming sin and exhorting repentence are an act of mercy.

It's been interesting so note the reactions of other Christians to the Folau affair. Brian Houston, founder of Hillsong, wrote that 'we don't need any more judgemental Christians.' Houston stated that, although he believes in the words of Scripture and in heaven and hell, he finds comments like Folau's to be counter-productive to evangelisation. Only trouble is, they are words taken directly from Scripture. Would Houston have us believe that the New Testament is 'too judgemental'? (Note: the quoted section from Galatians doesn't specifically mention homosexuality, but other books do, for example Timothy 1.) Brian Houston also claims that Israel's statements were unloving, despite Folau writing that 'Jesus Christ loves you.' So Houston's comments read as though he, too, has been challenged by Israel's remarks. It is concerning that an influential pastor, who has built a profitable empire from his Christian faith, is prepared to present a sanitised version of the Gospel to his followers.

Or is he wise?

Not everyone thinks that Folau was in the wrong. In fact, not every homosexual is up in arms about it. One gay man, who spoke out against the redefinition of marriage, commented on Facebook, saying that he wasn't offended by Israel's comments. In the very mature way we expect adults to deal with another point of view, he simply read the comments and ignored them. Likewise, people who don't believe in heaven or hell or sin or God should be mature enough to disregard the words of Christians whn they read them. It is to be hoped that a small seed of faith is planted when such words are read:

Radio commentator, Alan Jones, has said that Rugby Australia was concerned it would lose sponsorship money over Folau's comments and that his potential job loss 'is a "slippery slope" for free speech in Australia.' Jones said, "People now are terrified of saying anything."

AS Professor Neil Foster menioned in his article on the matter, Folau's followers on Instagram chose to follow him: they did so knowing that Folau is a Christian and knowing his views on homosexuality.

Are we ashamed of the Gospel?

The furore over Folau's coments raises a deeper question for Australian Christians: how far are we willing to go to defend the Gospel?

It's a serious state of afairs when a prominent sportsman can be cut from his lucrative contract for simpy quoting the Bible in his personal life, and this kind of persecution is becoming the pattern for Christians, especially since the marriage referendum. How far are we willing to go? Are we willing to lose our jobs for our faith? Woe to any Christian who is ashamed to share the Good News, for fear of the consequences. As we enter into Holy Week, we could wonder how many Christians in the West are prepared to oppose the spirit of the world by holding fast to the Truth.

The consequence of compromising with the world is the most serious one possible: for losing one's job is a small price to pay, if it means missing out on an eternity in heaven with God.