The 'greatest photograph of the century' was of an aborted child

"Foetus 18 Weeks" was an iconic photograph taken by Lennart Nilsson in the 1960's. What is less-well-known is that the tiny subject had been aborted.

The haunting photograph was part of a series made by Nilsson between 1953 and 1965. He had originally intended to document the development of live babies through all nine months of pregnancy, using special cameras devised with the help of endoscope experts from Germany. But only one such image was included in his collection since he was unable to photograph an entire foetus using that technology. Thus he turned to aborted and miscarried babies to in order to complete his series. 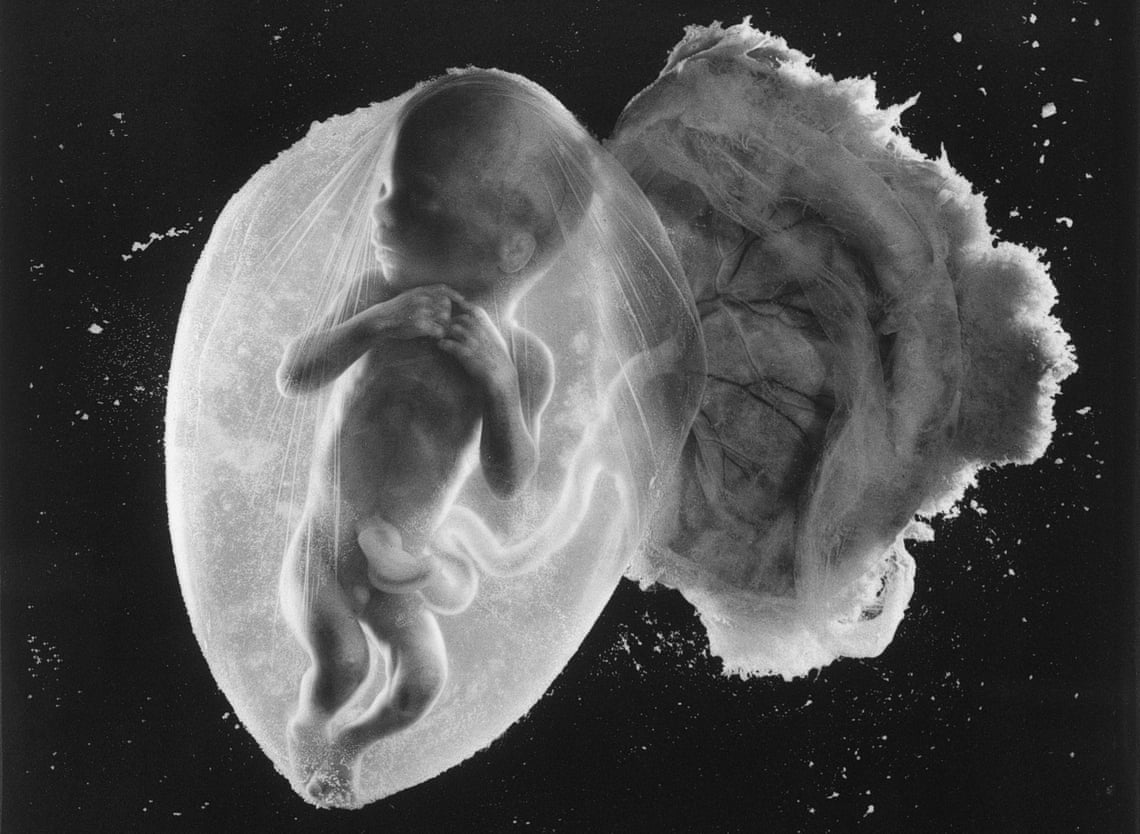 Abortion had been legalised in Sweden in 1938 and Nilsson sometimes procured babies directly from abortion facilities. However, Professor Axel Ingelman-Sundberg, of the women's clinic at Stockholm's Sabbatsberg Hospital, gave Nilsson access to embryos and fetuses, calling him as soon they were available. Nilsson even created a studio inside the hospital where he floated the tiny bodies inside a kind of aquarium, after 'cleaning, framing and then lighting' them, in order to take the photographs. Nilsson described the process in an interview:

Time magazine published the series as a photo essay called Drama of Life Before Birth, in its April 1965 edition. "Foetus 18 Weeks" was featured on the cover, and the entire print run of 8 million sold out in merely a few days. This established Nilsson as a world-renown photographer and he published the images in a book that same year. A Child Is Born: The drama of life before birth in unprecedented photographs. A practical guide for the expectant mother was eventually translated into 40 languages and became one of the most popular picture-books of all time.

"Foetus 18 Weeks" became known as one of the 20th century's greatest photographs, but also caused ongoing controversy, as the pro-life movement used the image, as well as others from the series and from Nilsson's book to prove the humanity of the unborn. Nilsson, at first unaware of the controversy, later refused to allow his photographs to be used for political purposes and stopped them being republished. When asked about abortion, he said, "It depends on yourself. I’m just a journalist telling you things."

KV Turley had this to say in his NCR article on Nilsson's work:

Studying the photograph more closely, one sees the child’s hands are fully formed; its nails are clearly visible, its eyelids are closed, its face at peace. Even today, half a century after the photograph was taken, there is a gentle beauty about the image that is difficult to define. Unquestionably, this is in part due to the universal awe felt at the mystery of life incarnated during a pregnancy. Doubtless, however, it is also due to the powerless dependency of the child in the picture. The next picture in the sequence is of an unborn child 28 weeks old. It is described as wearing a “veil.” All the more poignant still as it is claimed that these children in particular were late-term abortions from a Stockholm clinic. Looking at that image now, one realizes what is being worn is a funeral veil.

Just before his death in 2017, Nilsson revisited the series and prepared them to be exhibited once more. His step-daughter recently accomplished that - for the first time outside Sweden - at the Paris Photo art fair.  She stated that Nilsson “wanted to make the invisible visible – and show us the astonishing journey we all make, one that unites all humans. He wanted to give us an opportunity to look inside ourselves, to discover pictures that define us as humankind.”

But seemingly, it was lost on Nilsson that he had proved our common humanity by making use of the most evil scourge the world has ever known - the senseless, legal killing of tiny preborn babies.