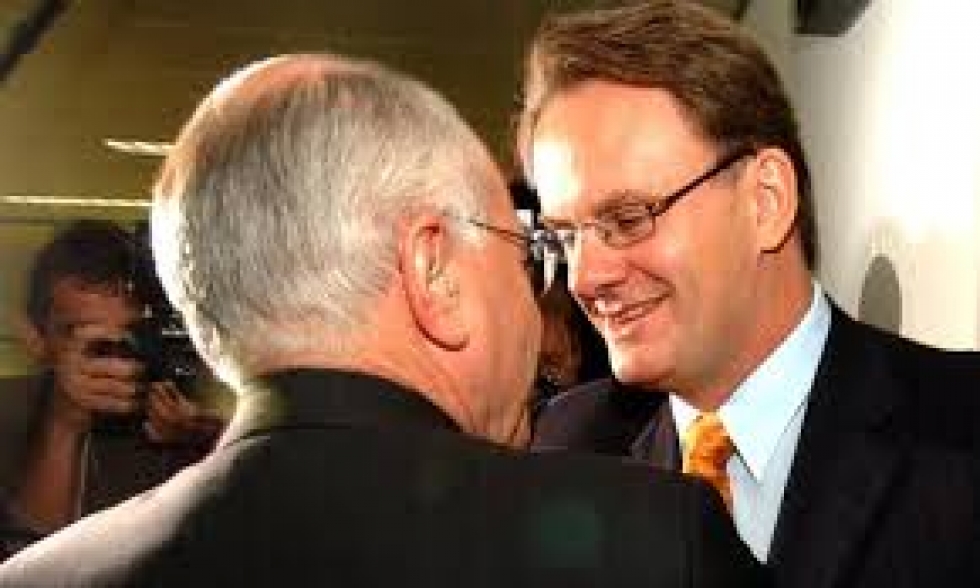 The re-emergence of Mark Latham has been one of the most interesting developments in recent Australian politics.  Latham's common sense centrism and his push-back against the ruling elites has struck a chord with voters of all stripes.  Populism, perhaps, but also, maybe, a much needed reality check in these troubled and inauthentic times.

Those wallowing in the current nothingness that is the right-of-centre politics in Covid crazed Australia might be wondering – what does it all mean, and how do I respond to the conspicuous ideological confusion?  And who the hell should I vote for?  And will who I vote for matter anyway?

The recent non-event of the Eden-Monaro by-election only reinforces our national sense of drift, nothingness and ennui.  Here we had, in summary – pathetic and self-serving internecine Coalition politicking, ego-driven personality politics, half-truths on the hustings, image-management, public relations agendas, and frontline candidates that, frankly, do not deserve even our minimal, passing interest.

Looking at the ill-named “major” parties, we have a choice between a Liberal Party that has forgotten what conservatism even means, in coalition with a totally past-its-used-by-date rural rump party that would not know its rump from its original purpose, and a Labor Party that stopped being a labour party about two generations ago.  The working class?  What is that?

That ain’t a choice, in the normal sense of the word “choice”.

Then come the also-rans, a motley collection of single issue parties whose issues make no sense to anyone, let alone to the Mr and Ms normal, average voter.  They slink about, wallowing in second-rate ideologies, either of a green or some other kind, or a merely localist mentality that sees Canberra simply a as source of largesse for the locals.  We have seen the utter corruption that such a mentality produces, where government is seen as a cash cow for the geographical redistribution of involuntarily given taxpayer donations.  We have been there, with Tony Windsorism.

In the meantime, the Canberra swamp prospers, especially in these wickedly constructed times of Covid fascism that have been utterly endorsed by, actually crafted by, the political elites.

For the average voter, this might seem like a political nightmare without escape.  Well, as a matter of fact, it is.  Interacting political, cultural, demographic and ideological forces have brought us to a impasse where there is no obvious answer to our democratic dilemma.  Our education system produces neither education nor system.  We are now peopled by the ideologues, the ignorant, the self-satisfied and the chancers and system-gamers, who neither understand the economics that will eventually queer their pitches nor the political games that have played them for the mugs that, well, they are.  The clueless are fed the propaganda of the corrupt elites who call the shots.

No one seems authentic.  There are no compelling leaders, merely second-raters who hang in there, preserving their mediocre careers, propped up by factional deals, and whacko ideologues who endlessly preach things that increasingly defy common sense.  See under the Labor Party, which once stood for something – the working class – but now doesn’t have a clue who or what it “stands” for.  Not the remotest clue.

The 2016 US presidential election has lessons for Australia.

The USA had some choices to make, coming out of eight years of disappointing, low-level socialist wokeness that was represented by the Obama Administration that we now know to have been corrupt as well.  They were faced with another corrupt elitist and a socialist whack-job on the one hand, and a phalanx of vaguely plausible representatives of the disparate strands of conservatism on the other.  And there was Trump.  Authentic, projecting common sense, deeply flawed personally, yet striking a chord with a nation exhausted by bullshit, and seeing through it.  He was persistent, clever, and, ultimately, compelling to enough of the disaffected.  Well, just enough.

Trump was compelling, not because he hoovered up enough interest groups with something to gain from his election, as per the normal political playbook.  No, he was compelling because he had a common sense, pro-America philosophy that resonated with those who had no specific interest-group gains to be made, but with whom an overall message resonated.  Something clicked.

The modern, inauthentic politician attempts to build coalitions of largesse-seekers.  The authentic politician rises above coalition building, second-raters and suggests a new narrative that differentiates itself from the pack, and that resonates with the common man and woman.  That appeals to the forgotten ones, as did Menzies in 1949, Reagan in 1980 and Howard in 1996.  And, perhaps, Abbott in 2010 and 2013.

The ultimate guide to an authentic politician is to see how much the media hates him.  Hated politicians are worth a second look.

Which brings us, inevitably, to Mark Latham.

Latham’s evolution as a political figure is a revelation.

It is, without doubt, THE most interesting story in modern Australian politics, partly because it was the most unexpected, but also because it is authentic.  It is the product of deep reflection, learning, and the result of common sense reflection over time, without a self-serving agenda.  Latham’s re-emergence is the result of a series of ah-ha moments where someone who we always suspected was a man of the people, came, over time, to more fully understand that we-the-people had a measure of grounded reality, of impeccable political instincts and coherent expectations of the polity.

Latham recognises the wisdom of the front bar in the pub.  The place where bullshit detectors are on display in their rawest form.  The place where arguments for this, that and the other meet their toughest tests.

He sees, for example, that attempts to destroy the Aussie icon Margaret Court because she is a believing Christian doesn’t meet the pub test.  Nor do the attacks on Israel Folau, perhaps the ultimate victim of the elites.  Nor do the Covid closures that see Woolworths as an essential service but not Christian churches.  Nor do the attempts by the education bureaucracy to persuade us that our children are currently receiving the basics of a good education.

Yes, Latham picks his targets with unerring precision and intent.

Latham’s political moves in the Upper House in New South Wales are laser sharp pointers to a deeper understanding of what real people think,  and a latter-day attempt to recover a long forgotten accountability in politics.  They are markers of a deep understanding of the political mess we are in.

Latham has also made strategically important connections.  Linking with the newly TV enlivened Alan Jones is an important strategic play.  It provides Latham with a regular platform for stating core principles to a wide audience, and for bringing ever crazy examples of the postmodernist malaise to the attention of voters.  He effortlessly promotes a philosophy couched cleverly in issues and propositions that resonate with the average voter.  The voter hears common sense on a particular issue, and subconsciously links this to an underlying world view that seems acceptable.  This is, indeed, a rare gift among politicians.  All but Donald Trump among Republican hopefuls in 2016 missed this.  And Trump wasn’t (then) even apolitician!

Latham is, and will continue to be, derided as a populist.

That is an ad hominem error, the refuge of those with scant substantive arguments to make who prefer to offer empty epithets that merely reveal their own irrelevance.  The populist attack also lacks impact because Latham is a thinker of intellectual respectability.  He is a thinker.  And a master rhetorician who can dissect opponents with ease, impact and cred.

Latham, also, it might be said (irrelevantly), has the benefit of no longer being subject to the discipline of being in a major party, where people are forced to submit to political elite groupthink in the ultimate cause of modern major party politics – to gain and to hold power, at all costs.  Where speaking truth to power is not allowed, on pain of career destruction.  Where the art of the political deal is the primary driver of all activity.

One Nation previously suffered from the absence of an intellectually well equipped leader that can both hit the mark with the punters and hold his own when debating with the elites.

The various parties of the loosely and imperfectly confederated Australian alt-right could learn valuable lessons here.  They might, sensibly, wish to cultivate the Latham One Nation block, or better still, to link with him in building a far more effective coalition of cut-through, Club Sensible political actors.  They might also reflect that populism is no longer a political death sentence, since everyone has realised that, one, there is a ruling class across the political elites of all the major parties, their funders and their hyper-connected mates, and two, that they don’t give a rat’s about the common man.  What the people want to happen matters, and has force.

Latham may or may not welcome comparisons with Trump.  What they do share, though, is undeniable – cut-through, authenticity, charisma, connect with ordinary voters, an abhorrence of much-loathed political correctness, and a razor sharp instinct for “getting it”.

Latham might well be the coming man of Australian politics.

Back in the day, when we were all much younger, the Liberal Party eminence grise and political historian David Kemp penned a piece called “A Leader and a Philosophy”.  The year was 1975, and its purpose was to help one Malcolm Fraser to prevail over the hapless Billy Snedden as Liberal leader.  Never were words so misplaced.  Poor old Malcolm the First was not a leader, nor did he really have a philosophy.  Well, he didn’t in March 1975, other than attaining power at any cost.  We all came later to understand Malcolm’s philosophy and what it meant for Australia.

But Kemp had a point.  There is no point to having a coherent program without electoral cut-through.  The alt-right in Australia, for the want of a better term, has the ill-formed, incomplete disparate elements of a philosophy to sell to the Australian voter.  But it does not have a leader.  It needs one.  And pretty urgently.