Educating the Next Generation of Nominal Catholics 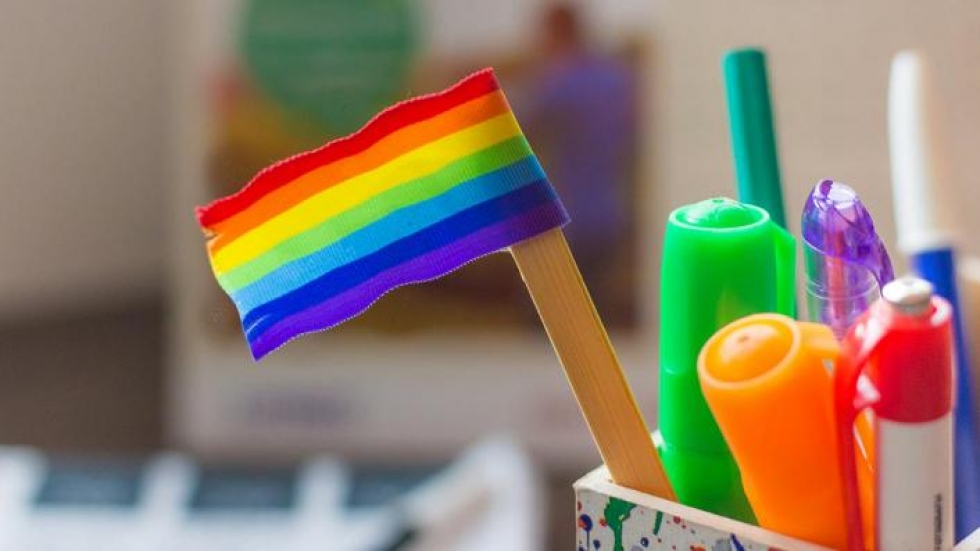 At least one diocese in Australia is showing itself to have become prey to secularist progressive ideology.  There may well be others.  Nothing could be more harmful to school aged Catholics than the potential indoctrination herein exposed.  The smoke of satan within the Church clearly outlived the pontificate of St Paul VI.

Parramatta Diocese’ new school curriculum is proving to be of grave concern to faithful Catholics, even though it is still in draft mode and has not yet been rolled out. Many of the wishes of parents are not being respected; some are complaining that they have not been informed about the programme and that their queries are not being answered.

This author has seen a draft of the primary curriculum from February 2020 and agrees that it contains significant flaws which will prove detrimental to the faith of the children who are exposed to it and to the educators who teach it. The programme contains LGBTI ideology and clear heresies such as religious indifferentism and liberation theology. Even in the few places it can be said to teach Catholic truth, the programme is structured around an open-ended questioning format. This latter the authors erroneously claim to be in the tradition of St Thomas Aquinas. Aquinas famously drew his readers in with sets of erroneous opinions, before appealing to traditional authority, giving his own doctrine and finally answering each error in turn. This programme just questions and usually it is the tradition that is placed in question.

The curriculum is being piloted in schools this term, then will be assessed and updated as necessary before being rolled out across the Diocese’ 80 schools in 2021. Members of the public have been told by the Catholic Education Department of Parramatta that their feedback is valuable [1]. However, one wonders if the CEDP is willing to listen to criticism and make the necessary changes. So far many of those who have expressed their qualms about the programme are being accused of ‘overreacting.’

Exposure of Catholic educators to LGBTI ideology in the Diocese Parramatta is nothing new. In 2018 Bishop Long and his Vicar General, Fr Chris de Souza hosted an LGBTIQ Symposium [2] . The event was organised by Fr Peter Maher, who is well-known for facilitating the Catholic LGBTI Ministry at Sydney’s St Joseph’s Parish [3], Fr Mick O’Callaghan from the Diocese and Jesuit priest Fr Greg Jacobs. Guests included the diocese’s Catholic educators, Catholic university staff, theologians and parish priests – some of whom apparently walked out of the event.

Speakers at the symposium included Ben Oh of the Global Network of Rainbow Catholics amongst a range of LGBTIQ advocates involved in everything from pastoral care to education and theology. Bishop Long – infamous for his support of same-sex ‘marriage’ – spoke of his desire for a ”completely inclusive” diocese and his hope that the symposium would facilitate the process of inclusion in other dioceses. Resources recommended included books by Fr James Martin, who affirms not gay people in a struggle for chastity, but the ‘gay lifestyle’ (he is well known for his lack of adherence to Church teachings on many important issues). Among the list of websites are included dissident ‘Catholic’ LGBTI groups.

The main author of the programme is a theologian by the name of Anthony Maher, who is employed as a theological consultant to the Parramatta Diocese. Mr Maher has co-authored a book on Catholic education which is widely used throughout Australian schools. He also published a book in defence of the excommunicated Jesuit, George Tyrell. That work is highly critical of traditional Catholicism and has been lauded by the dissident group, Concerned Catholics [4]. One of the themes is the notion that Supernatural elevation can come from within, as experienced by all peoples.

Following, one aspect of the proposed curriculum that might be of concern is that of religious indifferentism. Grade 3 children are taught that “in God’s plan of salvation, there are a variety of different beliefs and pathways to God.” With no reference to the unique gift of Catholic culture and tradition, there is an emphasis on ecumenism throughout the course. In fact, a new version of ecumenism known as “Receptive Ecumenism” is introduced in Grade 3. Receptive Ecumenism seeks to get beyond the failure of the ecumenical movement of recent generations, by an even greater emphasis on a kind of “dialogue” with non-Catholics, whereby they make an even greater contribution [5].

The subjective approach to theology does not just end with an approach to other Christian communities.  There is an emphasis on human experience as the “source for theology”, which the authors state is a concept introduced after the Second Vatican Council. According to the programme’s Rationale, the themes which provide the raw material for this personal “discovery” of God are Dignity of the Human Person, Preferential Option for the Poor, Care of the Common Home, Subsidiarity and Participation, The Common Good, Economic Justice, Solidarity and Promotion of Peace. While all good things in themselves, the big problem here is disorder, the omission of more fundamental doctrines and a sound understanding of divine inspiration and its relationship to Revelation from above. Supernatural Revelation— via the coming of Jesus Christ, the Scriptures, the work of the Holy Spirit through the Church’s Sacred Tradition—is not seen as the source of the above doctrines. In a complete inversion the personal desire for such social concerns is seen as the source of one’s understanding of God. While making appeal to the more fashionable elements of Catholic Social Doctrine (unlike the Church’s stance on beginning of life issues) the inference is that divine revelation comes from within and thus there is no specific grace in being Catholic.

Perhaps there is some legitimate cause for students in their later years to learn about challenges posed by the advocates of LGBTI rights and the like; Catholics should at least know that there are answers to the false ideologies that they will be inevitably exposed to, if not be able to defend the faith  themselves. Social Justice too is important and the individual needs a firm grounding in personal morality, the Ten Commandments, the virtues, the call to repentance and sacrifice, and the need to put God first in order to love one’s neighbour. Yet, what this curriculum really lacks is basic catechesis and a grounding in the faith. It is certainly an injustice in itself to challenge and attack a faith that has not first been taught. St Thomas Aquinas would not even do that to his enemies, let alone to that which he was professing to teach.

How often does the programme mention sin? What of the call to conversion? Does it give an adequate understanding of the Divinity of Christ, or that the Sacraments are God’s gracious activity in our lives? Does it warn our children that there are wolves in sheep’s clothing out there who would seek to lead them astray?

Parramatta Diocese’s Director of Mission claims that the curriculum will “educate the whole person and empower our young people to discover a full and meaningful life” and that “It is a call to action to use their learning to make a difference in the lives of others.”[6] Parents should wonder exactly how, for two thousand years, the Faith has survived without these innovations and whether anyone has led a full and meaningful life thus far. If past generations somehow managed to hand on the Faith without this new theology and new pedagogy, then to what can their success be attributed? Surely not to the rote learning, without which, as St John Paul II wrote, “The blossoms of faith and piety do not grow” [7].

Sadly, the new curriculum being presented by the CEPD is not all that radical. FLI has been exposing similar errors in other dioceses for decades. However, Parramatta’s programme exemplifies and legislates for the subjective, feel-good tripe being fed to Catholic children and the flawed theological bases upon which it is constructed.

As many parents know, appeals to the bishops about such matters tend to fall on deaf ears and as is the case with Parramatta’s programme, bishops themselves may be an intrinsic part of the problem. If homeschooling is not an option, then it is incumbent upon parents to ensure a solid Catholic education for their children through careful monitoring and supplementing where necessary, their school’s religious education programme. If our children are allowed uncritical access to programmes such as Parramatta’s then a new generation of nominal Catholics is all but assured.