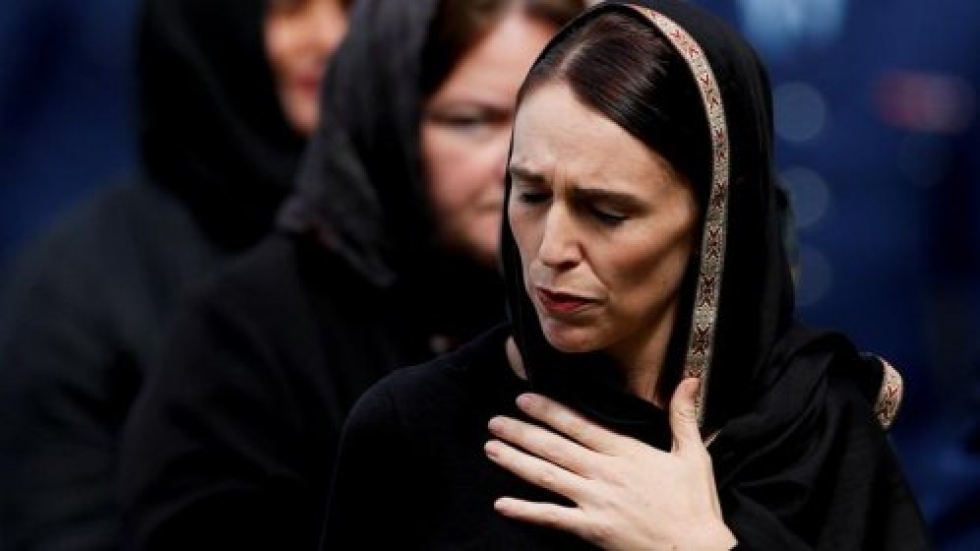 New Zealand has rewarded its sainted prime minister, heroine to the world, with a second term, following a landslide election result.  How did she do it?

Across the Ditch, New Zealand is now truly the Land of the Long White Teeth.

Not only did the All Blacks thump the Wallabies over the weekend.  Adern truly thumped the once formidable National Party, the Kiwis’ vaguely right-of-centre equivalent to Australia’s Liberal Party.  Long gone are the days of John Key’s hegemony, driven as it then was by the cool hand of Bill English.

Key was the Turnbull style front man, socially liberal and centrist enough to appeal to the generally left tilting Kiwis.  English was the socially conservative, sensible Finance Minister who did the heavy lifting, as Key went off on his merry adventures in attempted flag changing, same sex marriage and so on.  The Kiwi economy, fragile as it was and is, chugged along.  As always, they exported their excess labour to Oz.  Some Kiwis were even returning home under key and English.  Labor had useless nobodies like Andrew Little as leaders, and all seemed right with the world.

Then came along the Blairite socialist leftie with the fresh face and the big, ready smile.  She appeared almost from nowhere just before the 2017 election.  It even took her several goes and nearly a decade to win a seat in the parliament, assisted as many MPs are by the Kiwis’ strange, German sourced MMP electoral system (mixed member proportional representation), where you don’t actually have to “win” seats to get into parliament.

Jacindarella initially governed with a truly kooky bunch of quasi nationalists and greens in a weird three way coalition that somehow hung together long enough to give New Zealand infanticide on demand legislation, a still shaky economy and a string of broken promises.  And empathy and tearful hugs over a hideous mass shooting in Christchurch, a city already smashed by an earthquake some years earlier.

Being a woman hasn’t hurt, of course, and there was the ever-so-well-timed arrival of her baby early on, a surprise for many who had assumed that New Zealand had just acquired its second lavender first couple.

Articulate, calm, compassionate, purposeful, open, bold, decisive, self-deprecating. That head-long dive into the Thesaurus of laudatory terms is often followed with glowing expressions such as “steely resolve,” “skilled communicator” and a “masterclass in crisis.”

All sound familiar? It should, for those were the same words and phrases used to describe New Zealand Prime Minister Jacinda Ardern after last year’s shock terrorist attack on two mosques in the South Island city of Christchurch that left 51 worshippers dead.

Then, the hug-friendly premier earned praise from Indonesia, the world’s largest Muslim nation unused to hearing a Western leader showing such empathy towards Muslims, who represent a 1% minority among New Zealand’s 4.8 million people.

Then came Covid.  The already sainted Jacindarella, heroine to lefties from Brunswick in Melbourne where they put her image on grain silos to the very ends of the earth, now became invincible as she apparently slayed the virus.  She even conquers disease.  The small price still to be paid by the Kiwis – an utterly destroyed economy – doesn’t yet seem to have hit home.  Are they slow or what?

Adern represents the quintessential victory of style over substance, in a superficial age where image and emoting are everything.  She is the ultimate twenty-first century politician.  He makes Kiwis feel good about themselves, and the Kiwis especially are a people that always need to feel good about themselves.  Mostly, of course, they achieve this through the tried and true trifecta of rugby, self-congratulation for their innovations and business braggadocio, and bagging Australia.  Having lived there for nearly four (wonderful) years, this is their national trait that struck me most, and most often.

Commentators are correctly focusing on the Covid factor in analysing current Kiwi politics.  For example there is Hector Drummond in the UK:

The media never tires of telling us what a wonderful success story New Zealand and its zero-Covid strategy is, what a modern saint Jacinda Ardern is.

And Ross Clark (writing before the election):

Ardern seems set for victory largely on account of the reputation she has built up for managing Covid-19. She’s a heroine not just among Blairites – she used to work for Tony Blair – but among business leaders everywhere, according to a survey conducted by Bloomberg last week. They apparently voted New Zealand as the country which has done best to tackle Covid-19.

The “hug friendly” premier was earning Covid related plaudits across the globe from as early as March-April.  The no holds barred approach baked in Adern’s reputation for “sensitive yet firm” leadership.  “Leadership” is a word you hear a lot when discussing Adern.

The litany of praise seems never ending.  Newsweek refers to it glowingly as “star power on the world stage”.  She is, of course, for many of her international acolytes the “anti-Trump”, and the Kiwis in general, fed an endless diet of Trump hatred by their heads-up-their-fundaments media, are all on board with hating Trump.

No leader of New Zealand has possessed a profile like Jacinda Ardern's. Her image has been projected onto the world's tallest building, made the cover of Time magazine and reached an audience that far exceeds her country's modest population.

Feted by progressives globally for compassionate and decisive responses to crises, she earned the nickname “the anti-Trump” for her embrace of multilateralism and liberal values.

Adern “… previously posed for Vogue and hosted comedian Stephen Colbert at her Auckland home. She even picked him up from the airport.”

Is it any wonder the Kiwis themselves wanted to feel part of the global wet dream over Adern?

Well, the message has now well and truly become embedded in the New Zealand electorate, and the Kiwis have duly rewarded the canonised Adern with a landslide, a second term and government free of the need for a support cast.  Bye bye Greens.  Bye Bye Winston Peters.  For good, most people hope, since Peters has been around, mostly causing trouble, since before many of Saturday’s voters were born.

The landslide is despite the fact, noted by economists like The Australian’s Adam Creighton and the earlier mentioned Ross Clark in the UK, that New Zealand’s apparent defeat of the dreaded virus – which can easily be explained by factors other than lockdown – will come at a dreadful economic price.

New Zealand has got off lightly from Covid 19 not because it has an earnest leader in a trouser suit but because it is a global Isle of Lewis – the outer Hebridean island which hadn’t suffered a single Covid death until this week. Britain, by comparison, is Piccadilly Circus. We can’t cut ourselves off in the way that New Zealand can, situated as it is a thousand miles from the nearest other country, and self-sufficient in food. Moreover, once the virus was in Britain it could spread far faster on our crowded tubes and buses than it could in New Zealand’s less dense urban areas.

Yet for squashing Covid-19 flat, Ardern’s New Zealand has paid a terrible economic price. In the second quarter GDP fell by 12.2 per cent. That’s smaller than Britain’s fall, but it is a horrendous collapse considering the far lighter footprint of coronavirus in New Zealand.

The economy has been impacted in this way because of the heavy-handedness of lockdown restrictions. In August, while the UK economy was tentatively reopening, Ardern threw Auckland, New Zealand's largest city, back into a full lockdown over just four reported cases.

There’s nothing to admire in that. It is sheer panic, taking the precautionary principle to absurd new heights. Ardern’s problem now is how, having isolated her country from the rest of the world, does she ever open it up again? If an effective vaccine does emerge in the near future – far from a given – she might yet come out of the pandemic looking wise.

But if, as is arguably more likely to happen, the Covid crisis eventually dies away due to a combination of better treatments and herd immunity, she will have to keep New Zealand’s borders closed until the very last, as hardly any of her citizens will have built up immunity.

Ardern’s second term could prove to be a very long, and not very prosperous, few years.

Adern’s manic lockdown will smash key industry sectors.  After dairy, tourism is New Zealand’s chief export earner.  As has been noted in the Washington Post, pre-covid-19, tourism in New Zealand was a $112 million-per-day industry.  Now, not so much.  National isolation from the world will have its price.

The story of Adern’s landslide is relatively straightforward, but many things helped.  Here are ten of the important factors, in summary form:

So on we go into a rare non-coalition term of Kiwi governance, without any constraints on Jacinda’s power now.  There is no upper house in New Zealand.  A pliant press, as indicated.  No partners in government with egos to be stroked.  No opposition parties of merit or substance.  And no pesky states to complicate things like we have.  Only glorious socialism and recessionary times ahead.  And ever more shellackings of the woeful Wallabies, despite the draw in Wellington.