Shut up! Who are you to say that?

Written by Dr John I Fleming 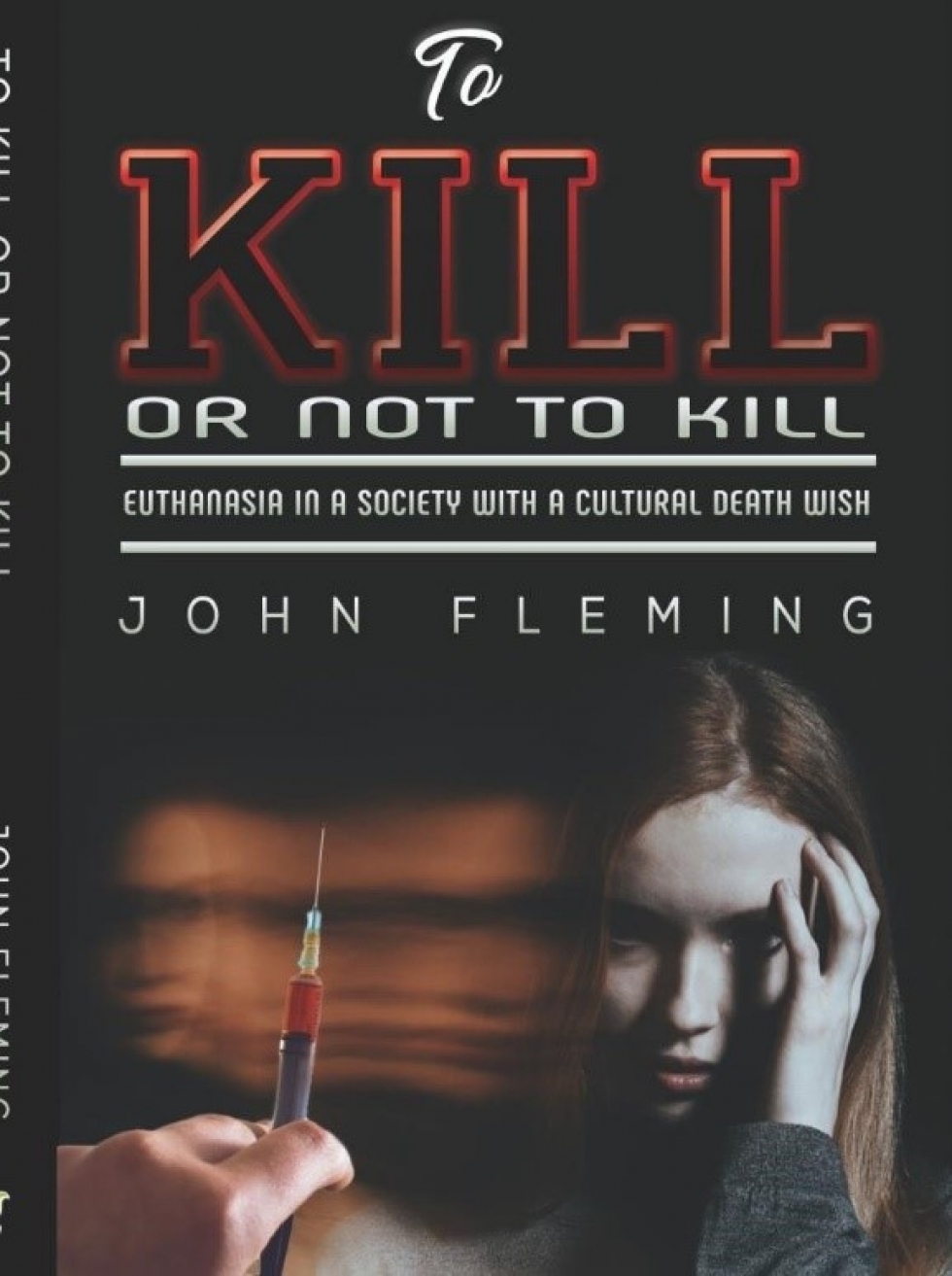 The coming of age of identity politics in Australia and other Western nations, seen in particular during and after debates over abortion, euthanasia and same sex marriage, has ushered in a new era of selective bigotry, demonisation, the "othering" of opponents and censorship.  Not to mention a new prejudice based upon class.  All this has occurred in societies that pride themselves on their liberalism.

The current debates on neuralgic issues in western societies have been taken over by people who do not believe that opinions alternative to their own should be heard.  In shutting down civilised discussion and debate, protagonists of social “reform” may be heard cancelling other peoples’ right to speak and be heard because of the physical, social, and psychological identity of their opponents and/or by identifying other points of views as exhibiting hate speech because those alternative opinions are characterised as racist, sexist, or some other form of bigotry.

I can recall, back in the 1960s, in the early debates on whether abortion should be legally approved in South Australia, there were some people who were told that they were just not entitled to express an opinion.  These people could be known by their identity and included:

a) All men because they cannot get pregnant,

b) Any woman who has never been raped,

c) Any woman who had never had an unwanted pregnancy,

d) Any woman who was safely married,

e) Any woman who had no experience of having a child with an inherited disability,

f) Any woman who was a Catholic,

g) Any woman who had religious (i.e., Christian) opinions; and

h) Any woman who disagrees with abortion on the grounds that it involved killing an unborn child.

However, there was also one exception which applied to all these categories of people to be silenced.

a) Any men who agree with abortion-on-demand

b) Any woman who has never been raped but agrees with abortion-on-demand,

c) Any woman who had never had an unwanted pregnancy, but agrees with abortion-on-demand

d) Any woman who was safely married but agrees with abortion-on-demand,

e) Any woman who had no experience with having a child with an inherited disability but agrees with abortion-on-demand,

f) Any woman who was a Catholic but agrees with abortion-on-demand,

g) Any woman who had religious (i.e., Christian) opinions but agrees with abortion-on-demand, and

Already, back in the 1960s and 1970s identity politics ruled.  Those who didn’t agree with the legalisation of abortion should shut up for any of the reasons given above.

Later, it was to be the same with euthanasia.  You were disqualified from speaking on the subject if you were religious (especially Catholic) or had never experienced watching a loved one die in unrelieved pain UNLESS, of course, it was to support voluntary euthanasia.

Same-sex marriage brought out all the identity politics objections as well.  People who opposed expanding the definition of marriage to include same-sex couples were not to be heard.  Opponents were bigots, homophobes, “religious”, lacking in “compassion”, and whose arguments caused offence.  Opposition to “marriage equality” was hate speech and all the usual suspects lined up to oppose public debate on this issue because it would cause immense harm to homosexuals and lesbians.  Opponents of open debate on this issue included Bill Shorten, Senator Penny Wong, and many others from all sides of the political spectrum.

Said Wong: “I know that a plebiscite designed to deny me and many other Australians a marriage certificate will instead license hate speech to those who need little encouragement”.[1]

…  he was concerned about the damage a plebiscite may inflict, saying the potential for hate speech was "almost inevitable".

“It is the issue of respect that concerns me about the plebiscite.  It is about the distress it could cause in the community, particularly among young, gay or sexually confused young people," he said.[2]

Australian Leader of Her Majesty’s Opposition, Bill Shorten, said this:

“I have yet to hear an argument put forward by people who want marriage equality that they actually want to have a marriage plebiscite,” Shorten said.

“The experts are making it really clear to me that there will be tremendous harm caused by a plebiscite, a divisive debate which will reignite some of the worst arguments of people who are opposed to gay Australians having equal rights.”[3]

Patrick McGorry, and the nation’s peak mental health group, Mental Health Australia, called for the same-sex marriage plebiscite to be dumped because, they said, significant harm will be done to gay and lesbian Australians.  This, of course, was a prophecy bereft of a factual basis.

“… things will be said which will hurt people.  Many of them are already vulnerable.  There’s definitely risk involved," Professor McGorry told Fairfax Media.  "Anyone working in mental health would be concerned about it."

Mental Health Australia, which represents the country’s peak mental health organisations, has called on the Parliament to hold a free vote on marriage equality, arguing laws protecting any part of the population from discrimination should not be contingent on a public vote.[4]

As it turned out unpleasantness was expressed only by the same-sex lobby who, by threats of violence, succeeded in suppressing a conference on the subject which featured people with whom they disagreed.[5]

In former times in Australia prejudice against people belonging to a particular social class had the effect of removing “the lower classes” from having any say in the way in which the state was governed.  The upper classes knew better and knew they knew better.  Popular movements such as the formation of trades unions and political parties of the left eventually led to social and political reform extending education to all children, a fair wage, and a crucial say in the way society was to develop.  “Upper, middle, and working classes” became less politically and socially relevant, particularly in Australia, which had the initial effect of encouraging the expression of a wide range of views on almost any topic.  But as more and more citizens had the benefit of higher education and the professions became open to people of either sex or of no stated class background, so did the presumed authority of the educated élites become more and more dominant.

Classism had returned under a new guise.  While we may no longer refer to class identity, we are being separated into identity classes.  The university educated élites have now positioned themselves in the switch points of raw political power as the new “upper class”.  Their education status coupled with their embracing all the “OK values” of their university professors gives them the right, as they might think, to have their opinions privileged.  The undereducated need to sit at the feet of the superior “educated classes” and embrace whatever view they are told to embrace.  Discussion is not needed.  Your betters have done your thinking for you.  Just swallow the bitter pill of secularism with all its cultural Marxist trappings and you will be OK.  If you don’t “we will shut you up” by denouncing you with one of our noxious “new lowest class” labels such as sexist, racist, homophobe, Islamophobe, and, worst of all, “Catholic”, “fundamentalist”, or “Christian”.

As we remember him, the hero of Orwell’s “1984”, was a closet revolutionary who did his best not to be contained by the totalitarian society (Big Brother) in which he lived.  He wanted to have his own opinions and be free to express them.  But that was too dangerous.  Self-preservation overcame his desire for freedom to think and to self-expression.  Ultimately, Winston embraced Big Brother and all that Big Brother told him to think and believe.  He extinguished his desire for his own personal individuality and submitted to society’s groupthink, to ideas imposed on him by the brute power of Big Brother.

It is difficult today for our Winston Smiths to survive the groupthink of the élites.  The unelected élites know what is best for us and now have the power to make us what they think we should be.  Identifying with the freedom to embrace alternative points of view will get you eliminated in the end.  Your “white male privilege” won’t help you.  What will help you is to embrace “secularist gender neutral privilege” which excoriates all other identities.  Deference to the élites is what will get you through.  And while deference may not be a foregone conclusion, it is certainly a forelock-tugging one.

As Winston Smith found, the one that controls the language and the recording and reporting of history is the Big Brother who is really in control.  Despite the objective realities identified by the biological sciences, human life doesn’t begin at the beginning.  It begins whenever the élites say it begins even if that event is at different times depending upon what you want to do with certain classes of human beings.  It is 14 days if you want to experiment with human embryos, and 24 weeks or birth if you want abortion, and up to two weeks after birth if you want infanticide.  We don’t use the word “sex” anymore because it is objective, that is it defines human beings into two biological sets according to reproductive function.  No, we must use the word “gender” because that way we can say whatever scientific and social nonsense we want to say about identity fluidity.[6]

The distinctions separating the social classes are false; in the last analysis they rest on force.  Albert Einstein

Who would have thought that we reject the class system of yesteryear with all its prejudices, intolerances, and injustices only to embrace the new secularist class system based upon identity?  Well, it’s been cooking for some time now, and we are just now seeing where it all leads.

Like dear old Winston Smith, will our sense of self-preservation overcome all obstacles so that we, too, embrace the groupthink of the secularist university educated élites.  Or is it high time we kicked over the traces and returned to scientific reality, logic, common sense, and the tried-and-true shared values of the heritage we have received from Western Christian civilisation?  Identity politics and political correctness sucks the life out of what we once valued so much, the wellsprings of freedom of thought, speech, and religion.

Unless we respond soon,

we can all look forward to dying from boredom, the boredom which comes from living the pointlessness and meaninglessness of the legally imposed greyness of the restrictive secularist lifestyle, afraid to say what we really think, and being suffocated in the airless vacuum of political correctness. All this unless, of course, the Grim Reaper gets to us first with his or her (or other gender “identity”?) lethal injection.[7]

[6] Cf To Kill or Not to Kill, chapter 12 for a fuller discussion