A Catholic Response to the Marriage Debate 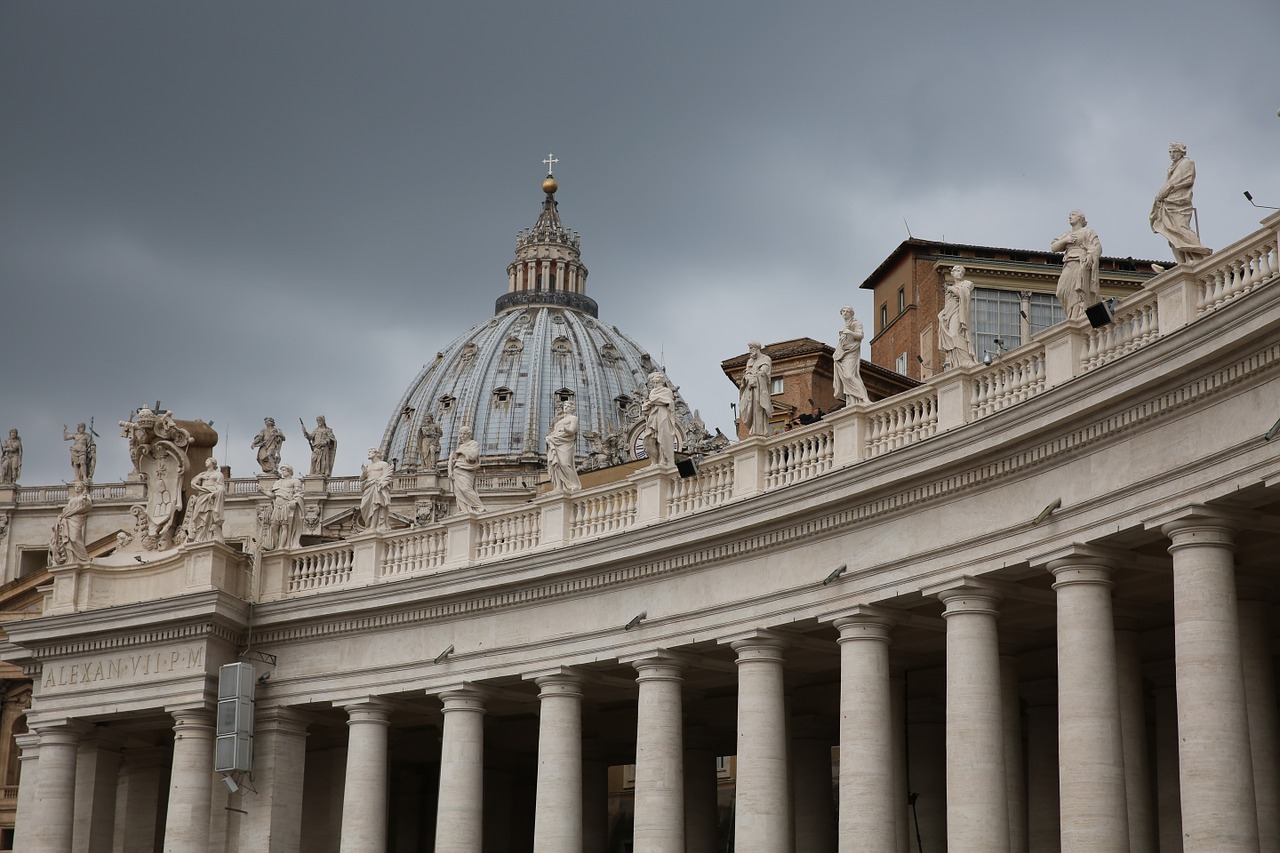 Fr. Frank has been espousing this view for several years now, and indeed, did so at last year's Freedom for Faith conference in Melbourne, which I attended. Fr. Frank believes that we shouldn't be worried about religious liberty, and that the finer details of those rights can be hashed out after the plebiscite: a view that is, in my opinion, naive and dangerous. It is already quite clear that any bills proposed so far have failed to protect religious freedoms [see this article] and if there are protections enacted, then there is no guarantee that they won't be later withdrawn as has happened overseas. Canon lawyer,  Edward Peters, has written a response to Fr. Brennan's statement, which concludes with the following simple summary:

In the meantime, Catholics should not be misled by thinking that “civil marriage” is not usually real marriage (for most of the world, it is) or think that any approval of “same-sex marriage” is consistent with Church teaching (because it isn’t).

Apart from false ideas like those of Fr. Brennan's is the very common accusation that 'Jesus didn't judge' and so Christians mustn't oppose the redefinition of marriage, because this would be 'judging.' This accusation has regularly been levelled at me and at those who agree with my stance on this website's Facebook page. For Catholics, this extends into an argument which says that Pope Francis told us not to judge - which he apparently did say at a certain time, in a certain context. Sydney's Archbishop Anthony Fisher knocks this idea on the head in this post, which he concludes with the following:

Far from revoking the Catholic Church’s two-thousand-year-long insistence that (according to divine revelation and the natural law) marriage can only be between a man and a woman, Pope Francis has been a strong advocate of that very position. Those claiming his support in their campaign for a Yes vote in the forthcoming plebiscite have either not read him or are deliberately misrepresenting him. To vote with Pope Francis is to VOTE NO.

Another faithful leader is Archbishop Julian Porteous, himself the victim of an anti-discrimination charge levelled at him for merely stating the Church stance on marriage - a stance which is also, at least for the time being, Australia's legal definition of marriage. Archbishop Porteous recently released the following video to remind Catholics of their obligation in the postal plebiscite.

Melbourne's Archbishop Hart has also released a pastoral letter on the marriage debate, which is reproduced in full below, and was taken from the Melbourne Catholic website.

Dear Brothers and Sisters in Christ, We Catholics in Australia love our nation. Indeed, so much of what is cherished as good in our society is, in fact, the fruit of Christian culture. So, we want our ‘story’ to continue to be heard in all the great debates about the foundations of our society. Our voice is not the only voice but it is an important one. One such debate currently concerning us all is the issue of same-sex marriage. We have always sought to contribute to our society as good citizens. We strive to act and speak out for the common good especially for the poorest and suffering among us. We seek to cherish the dignity of the human person and support all in need: especially families, our indigenous brothers and sisters, migrants, refugees and all who need the compassion and mercy of Christ. We pledge ourselves to continue to do everything we can to contribute to the common good of all Australians.
As Catholics, we want to build up and strengthen our great diverse multicultural community here in Australia. Our point in relation to the current debate about same-sex marriage is simple. We make it in good faith according to the demands of our consciences. The Catholic Church, along with other faith traditions, teaches that marriage is a natural institution established by God to be a permanent union between one man and one woman, intended towards the formation of a family in which children are born and nurtured. Any legislation that changes this definition of marriage recognised by all the major cultures of the world demands careful consideration by all Australians. It is vital that we Catholics vote, so that our viewpoint can be heard on this vital public issue. Its outcome will affect our society and families profoundly in the future. We understand that ours is not the only viewpoint in our diverse society. Many do not agree with it. Many people see this as an issue about ensuring equality for every and all relationships. Yes, human rights are important. But so are human responsibilities. We are responsible for the impact of our decisions on future generations. Therefore, we ask all to consider the profound implications of possible legislation that will embed this desire for equality of relationships in our laws. This debate on same-sex marriage raises profound questions about who we are.
Fundamental issues are at stake.
Why do humans exist as male and female? Is that distinction simply marginal? Is it simply a social construct? Do our children also have rights? We are all children of a male and a female. Should not this be a central consideration in our decisions about the way children should be ideally nurtured and educated in our society. We understand that these are complex issues.
But certainly, no legislation should be enacted without a deep public conversation in which we all engage about such issues that goes beyond slogans and soundbites. In a pluralist community, we maintain that respect for difference should be as important as a demand for equality. Things can be equal in all respects without having to be uniformly the same. We sincerely believe that there is a core and fundamental wisdom and truth in the traditional definition and understanding of marriage that should not be ignored and is worth keeping for the health and future of our society. As Pope Francis has pointed out: ‘The family is threatened by growing efforts on the part of some to redefine the very institution of marriage, by relativism, by the culture of the ephemeral, by a lack of openness to life.’ Some will naturally be disappointed in our stance. Some even question our right to speak and follow our consciences. It is entirely possible future legislation about same-sex marriage could infringe fundamental human rights of freedom of religion and conscience. It could result in restrictions on the right of ministers of religion and religious bodies and organisations having the freedom to teach, preach and speak about marriage between persons of the same sex being contrary to their religious or conscientious beliefs.
We as a church affirm the dignity of all those who identify as having a same sex orientation. Like all human beings they are created in the image and likeness of God. They have a right to expect to be loved and welcomed and not subject to unjust discrimination. So where do we go from here? In all our conversations and encounters, let us imitate Pope Francis, who asks us to be humble and never judgemental. In that spirit, the Catholic Church will continue to teach and preach the truth that marriage is a union of one man and one woman and encourage all people of good will to embrace the fullness of that truth. We will also work to promote and strengthen marriage and families. We will strive to uphold the dignity of every human person, including persons who experience same sex attraction, welcoming them as our brothers and sisters. As Catholics concerned for the common good may we join all our fellow citizens of Australia in an active and respectful engagement in this critical public conversation.
Yours sincerely in Christ, † Denis J Hart
Archbishop of Melbourne.

All in all, there's no excuse for Catholics to remain ignorant of the Church's teaching on marriage, when there are so many current sources of faithful teaching, as well as a tradition which has maintained for two thousand years that marriage can only be between one man and one woman. Representatives of the Church who insist on promulgating an opposing view would do well to reconsider their stance and also be mindful of their obligation to truthfully represent the Church.