10 Reasons Why Christianity is Leaving the Public Square 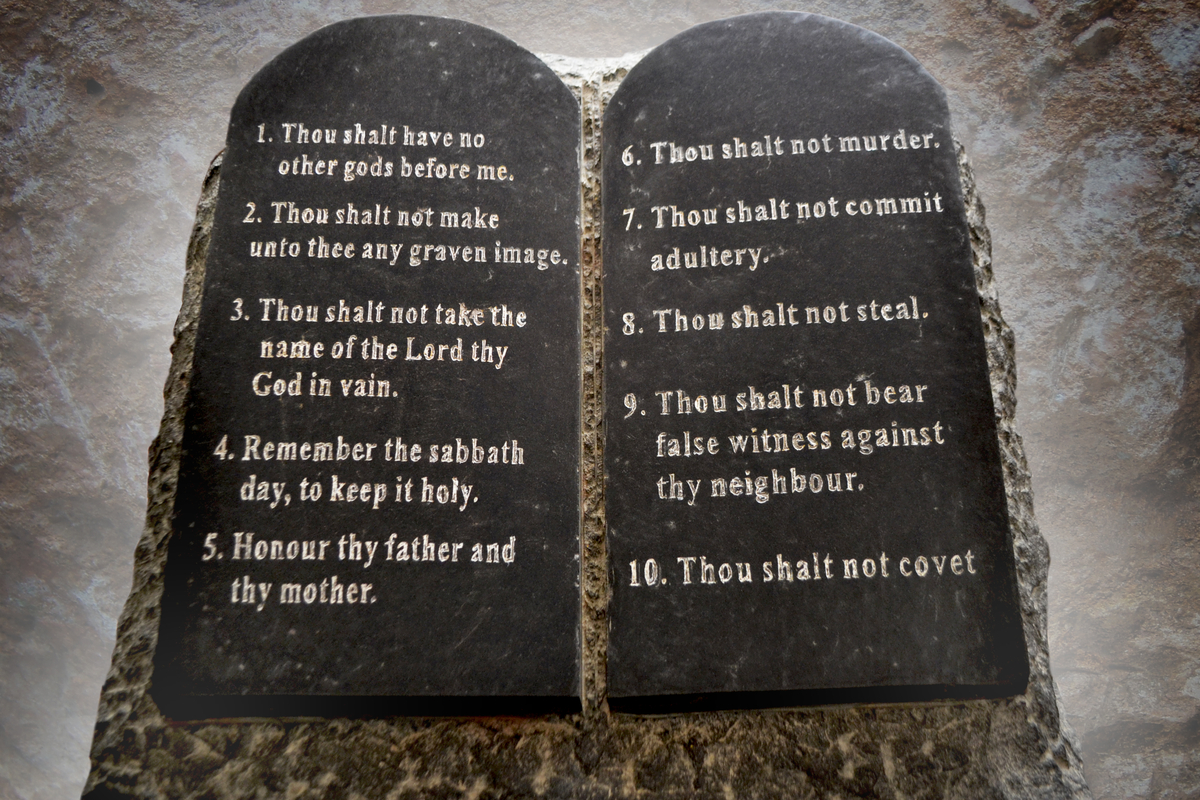 As we listened, prayed together and chatted during the breaks, it was obvious that we came from very different doctrinal backgrounds and historical religious cultures, and also that we may disagree about the origins of some of the problems facing u s. For example, orthodox Catholics believe that contraceptionis a root cause of abortion and fornication. Other denominations may not agree with this. But one thing was very clear: conservatives Christians are united in their concern at the anti-Christian direction being taken by western societies and governments. Progressives are committed to driving the Christian voice to the fringes. And all the while, they fail to acknowledge the positive contribution we make to society. They forget that Christians are bound by the ten very important principles, the 10 Commandments. This isn't an option for us. Despite the fact that there are plenty of trendy, liberal pseudo-Christians willing to gather a flock and collect their tithes, there are great numbers of Christians across the denominations who are committed to living according to the Decalogue. The directives that God the Father gave to his prophet, Moses, are precisely the code of conduct that most citizens would wish their elected representatives to live by. Other spokesmen, such as journalists, lecturers, and members of the judiciary are also expected to be moral people. But instead we find that, in general, immoral and untrustworthy people are being elected and assigned to these positions of responsibility.

Thou Shalt Not Lie

Thou Shalt Not Kill

Of course, telling the truth becomes a liability when it comes to an issue like abortion. No self-respecting abortionist likes to have the byproduct of their service - the thousands of dead children - advertised publicly. But there is a reason why Christians respect life and it's not simply a prohibition on killing; it's about caring for vulnerable people and trying to find ways to protect them, both on an individual level and on an institutional level. True Christians respect the dignity of all people and not only of those with whom they agree. Thus Christians should be able to offer input into laws and policies which protect the safety and human dignity of abortion providers, prostitutes, drug addicts and anyone belonging to their ideological opposition. Our ideas on funding for palliative care, counselling services, care for the disabled and the elderly, services for the incarcerated and formerly incarcerated, assistance for the homeless and for refugees, both legal and illegal, should be invaluable. We have a track record of being opposed to the use of violence, of peaceful witness - even when protesting - and of co-operating with the police force. Surely this is a most valuable contribution: that Christians are concerned with he safety and well-being of all groups of people and not only with their own. These should be important advantages of having Christians involved in lobbying, policy-making and in the public square generally. So why is it that we're being shut out?

Thou Shalt Not Steal

Another hallmark of Christian life that should make us welcome is our respect for the property of others. In fact, the right to property is one of the few explicit rights guaranteed under the Australian constitution. An everyday example of this is that it was less common to see "Yes" campaign posters torn down than those supporting the "No" campaign. Christians tend not to deface, vandalise, steal or destroy the property of others and tend to replace anything that is accidentally damaged. This means that we'll also tend to support laws and policies that protect land ownership and possessions for everyone - not only for Christians. Christians also tend not to be serial litigants since we have a Scriptural prohibition on suing our fellow Christians, wherever possible. This respect for property and hesitation to litigate surely makes us ideal citizens. But these positive attributes aren't valued, and instead the rights of criminals are increasingly being protected.

More than anything else, it's the traditional Christian attitude towards sexuality that makes it the bane of modern society. It may sound archaic enough to suggest that marriage is between one man and one woman, but to say that people should wait until marriaga to have sex is seen as being downright draconian. Christianity would be a lot more popular if it weren't for these prohibitions on fornication. Sleazy Hollywood producers could possibly manage to front up for church on Sunday with a clear conscience if sexual immorality wasn't a sin. And so would 80% of the general population. But are there any positives to having chaste, modest Christians involved in law and policy-making? Surely we have the right to insert chastity into school sex education as an alternative to early sexual experimentation? Surely we have the right to educate the public about the hazards of gay sex and of the many resources for women facing an unplanned pregnancy? Surely abortion providers (and possibly future VAD providers!) need to be held to account for failing to establish coercion driving some of their patients? And surely - surely - the traditional family should be rewarded for its contribution to our nation's stabiliy through tax benefits. A nation based on the vices of lust and fornication will never prosper. A nation based on stable, self-sacrificing families will prosper.

For all the reason given above, it would seem that we Christians should make the ideal citizens. As people who are committed to honesty, respect for life and property, and to public safety and wellbeing, we should surely be afforded the freedom to practice our faith unhindered. If our adherence to the last six commandments - those directed at conduct between humans - makes us good citizens, then our freedom to adhere to the first four - those related to God - should be encouraged. So why is this not the case? It seems absurd to deny ordinary, law-abiding people the opportunity to have some input into the running of our country. Not only absurd - it is self-defeating, self-destructive - nihilistic!  Aahh, but isn't nihilism a very popular 'religion' these days? As Nietschke wrote in Will to Power,

"Nihilism is . . . not only the belief that everything deserves to perish; but one actually puts one's shoulder to the plough; one destroys"

So we have a clue to the origin of this arrogant refusal to allow Christians to engage in public debate. The destroyer - the one who said he would not serve - the father of lies is driving this movement. The truth isn't valued because it is the antithesis of all he stands for. The prince of this world has sold a false form of freedom to man. The freedom to do as one wishes, and which is actually a slavery to sin - has been embraced by the West. This false freedom comes with a very irritating side-effect: a disturbed conscience. And Christians, by our very presence, aggravate this upset conscience. Those ten tenets of Christians are a liability to those who have patiently worked to destroy the image of God among mankind. The ten reasons why we are perfect for involvement in the running of our country are the reasons why we are excluded.