I Survived an Abortion, Now I'm Fighting to Save the 8th 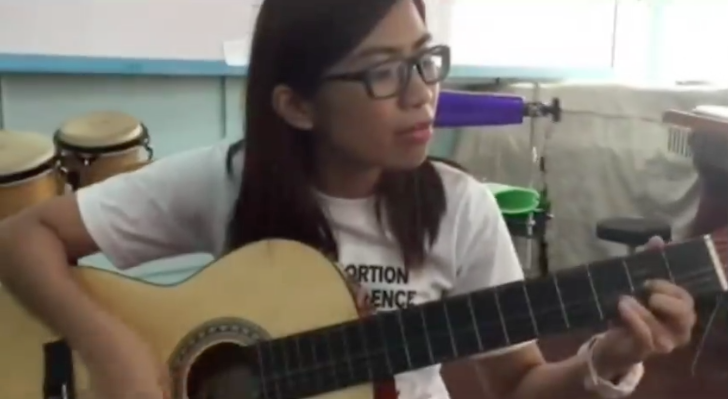 Deep inside I was a scared child --- terrified to be rejected. I was so afraid to be rejected that I found myself sacrificing so that I could cater to other people’s needs. I became a people pleaser even at my own expense. I especially tried to please my parents because I felt I was indebted to them for taking me in and caring for me even if I wasn’t their “real” daughter. It became so bad that I even developed a co-dependent relationship with my domineering mother. I was also afraid to relate with other people. It was difficult for me to be friends with anybody. I was so scared of rejection that I would rather not make friends with anyone. I only had one best friend in high school. My other school mates thought I was weird. I tried to excel in school, wanting to compensate for what I “lack” (There must be something wrong with me because my biological mother didn’t want me).

Growing up, I thought I was able to handle it quite well. But in reality, I was still wounded and broken (I still am). I hated my biological mother. I remember rehearsing what I would say when I meet her. I would tell her she’s an evil person because she wanted to kill me. I wanted to show her that I achieved a lot of things even without her. I wanted to slap her. I wanted to hurt her because she hurt me.   But God is always generous and loving. He sent me people and circumstances who helped me to heal. I remember watching an episode in EWTN where women who had abortions were interviewed.

There was this woman who had an abortion 40 years ago. And she was crying and said that every single day since the day she had an abortion, her life has been a “living hell”. The thought that she killed her own baby was torturing her. She said “The pain does not go away with time. As time passes, the hurt grows bigger and bigger until it swallows you whole.”

The interviewer asked her what made her have an abortion. She said she was young and naïve and had pre-marital sex with her equally young and naïve boyfriend. She got pregnant. Her boyfriend didn’t want anything to do with the baby and her parents were furious because she was a disgrace to the family. She felt she had no choice but to have an abortion.   After watching this, I realized one important fact. I wasn’t the only victim. My mother was also a victim of circumstance. She must have been in a very difficult situation for her to feel that abortion was her only option. I mean a normal woman with a loving husband and supportive family would not have thought of abortion. Yes, perhaps she made a mistake. But who doesn’t make mistakes?

If only someone listened to her and supported her and encouraged her to have me and perhaps just put me up for adoption…   And that was the start of my healing. I was finally able to forgive my biological mother. I also stared forgiving myself. I realized there was nothing wrong with me. My biological mother aborted me not because I lacked something. She did so because she was in a terrible situation at that time and she felt she didn’t have a choice.

Today, I am almost thirty years old. My healing still isn’t complete. I’m not even sure if I will ever heal totally. But what I try to do is to use my brokenness to bring God’s love to others. I am both a registered nurse and a licensed teacher. I sing and play music. I love to write and speak in public. I don’t own these gifts. These are God’s gift bestowed upon me so that I can inspire others.   I was afraid to share my story to the public for fear of being judged. I was also concerned that sharing this would mean opening my wounds. But if it means that my story could inspire others and educate people of the horrors of abortion thereby saving the lives of many unborn children, then I am willing to tell you my story. This is my story. It’s not a fairy tale. It’s a story of survival. But most of all, it is a beautiful story of a woman who almost lost her life to the silent holocaust that is abortion --- now ready to speak up for those yet to be born.

Dona Marie made the video below to show her support for Ireland's 8th Amendment. [Courtesy of Life Institute.] Not sure what 'Save the 8th' is all about? Then check out the interview with Richard Casey which explains what the referendum means to Ireland.