The Fascist Founder of Planned Parenthood 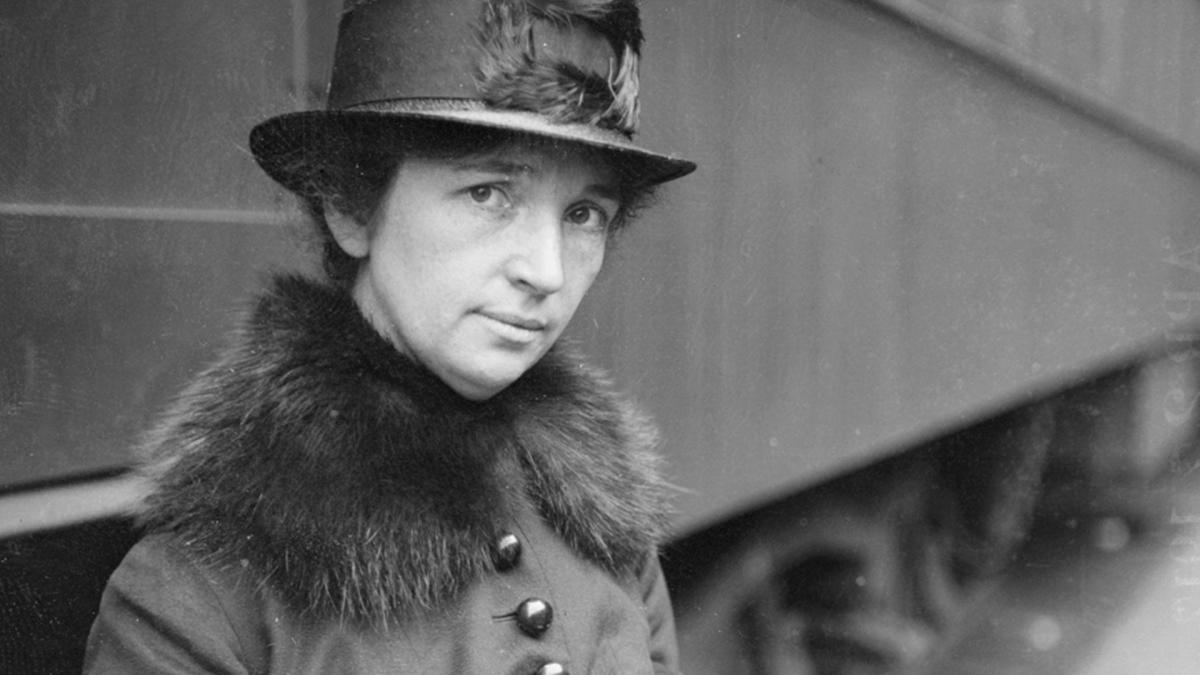 She had numerous love affairs throughout her life, including an affair with H.G Wells that lasted many years. She was subject to bouts of depression, and used sex to bring her out of this. She also turned to astrology, numerology, and various religious cults. Elasah Drogin writes: “Margaret’s entire life revolved around the two things she loved most: her birth control ‘cause’ and her sex life. As she grew older she craved sex more and more” (p. 92). A major motive for her promotion of birth control was to eliminate the unfit, thereby supposedly raising the physical and intellectual health of the human race. In this she was in agreement with Hitler. She was concerned about the growth of the Black population in the United States, but knew she had to proceed cautiously. She said: “We do not want word to go out that we want to exterminate the Negro population…” (p. 33). “Are we heading to biological destruction, toward the gradual but certain attack upon the stocks of intelligence and racial health by the sinister forces of the hordes of irresponsibles and imbeciles?” (p. 52).

She calculated that, “.. 45,000,000 or nearly one-half of the entire population will never develop mental capacity beyond the state of moron… Our failure to segregate morons who are increasing and multiplying, though in truth I have merely scratched the surface of this international menace, demonstrates a foolhardy and extravagant sentimentalism” (p. 65). Drogin points out that even this figure is incomplete, because the blind, the deaf, and other categories would need to be added. After this cleansing Sanger claims that the people remaining “would indeed produce a terrestrial paradise” (ibid.). She advocated the teaching of sex education to children that would “free their minds of sexual prejudice and taboo” (p. 63). She speaks of the “refining and racially cleansing powers of scientifically regulated sex–for-sex’ sake” (ibid.)

In 1934 Margaret Sanger wrote an article outlining her plan and how to implement it (pp. 69-71). Among other things, birth control clinics would function as services of government health departments. A marriage license would not give the couple the right to parenthood. No one could become a father or mother without an official permit, and issue of the permit would require that “… The parents are actually able to support the expected child, have the qualifications needed for proper rearing of the child, have no transmissible diseases, and on the woman’s part no indication that maternity is likely to result in death or permanent injury to health.”

Margaret Sanger’s Brave New World has not been established, and outrage at Hitler’s attempts to purify the human race, with its destruction of those judged to be unfit to live, has made it politically incorrect to advocate some of Sanger’s proposals. But her spirit lives on in the promotion of contraception, in the killing of preborn babies, in the promotion of perverse sexual practices – and the teaching of these to children – in the encouragement of divorce and the destruction of marriage, in the killing of the elderly and unfit by so-called euthanasia. Sanger’s dictatorial stance is continued today by the determined attempts to stifle opposition to unnatural practices, with judges and politicians trampling on our human rights.

John has studied philosophy and theology deeply, and has a bachelor’s degree in theology. He is the author of three books, a number of pamphlets, and over 600 published articles. John is interested especially in the thought of St Thomas Aquinas, and its application to modern questions. He is also interested in fundamental economic questions viewed from a natural moral law aspect.