A group of women from New South Wales have started a campaign to draw attention to abortion law reform in the state. But what they don't seem to understand is that these days, only pro-lifers get arrested.

The group's Facebook page was set up last week and models itself on a similar movement from the 1970s when eighty women dared the government to arrest them for having abortions while the procedure was illegal. At that time, the women took out an advertisement in a national newspaper to promote their cause.

Now, in August 2019, while abortion is freely available to most women in Australia, a bill to decriminalise abortion is before the New South Wales parliament. Instead of debating penalties for procuring or performing an abortion, MPs are debating at what gestation it is appropriate to kill babies and whether or not to kill and discard babies born alive after a failed abortion. Instead of discussing the right to life of pre-born babies, politicians are debating the merits or otherwise of killing babies based on their gender, quality of life and wantedness.

In fact, when it comes to the activities surrounding abortion, it is far more likely for someone who identifies as pro-life to be arrested. Look at the numbers: since 2013, there have been multiple arrests of prolifers in Tasmania and in the ACT, one in Victoria and two in Queensland. There have been arrests of prolifers going all the way back to the 70s when the #ArrestUs women's forbears first provocatively suggested that police incarcerate them. None of these was for offences related to violent or threatening behaviour, or for the destruction of property. Some of them involved arresting people who were quietly praying. But all of those arrested opposed the violent, destructive act of killing pre-born babies. 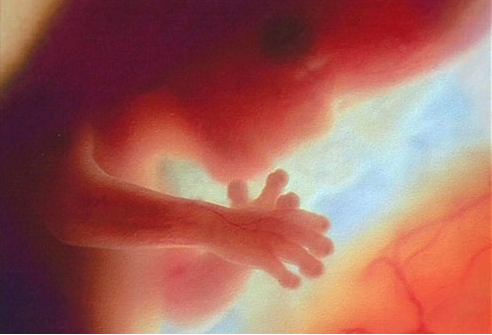 The #ArrestUs authors list their names and the years that each of them had their abortion. Some aborted more than one child; one woman has aborted four of her children. In all, there were 70 dates given in the original post - that is seventy children whom these women say they are proud to have killed. Below that post, there were comments by hundreds of other women, many of whom had also had abortions and posted the date on which their child was killed.

One woman left this comment: perhaps she expressed what many of these women are feeling but don't say for fear of jeopardising their place in the Sisterhood:

1993, 1997 - I also want to mention there are tears streaming silently down my face whilst typing those dates but i hope the decision was still the right thing to do at the time for me, for my partner and for the children I imagined and dreamed of - deciding to terminate each of those two pregnancies was more arduous than anything I have endured in almost 50 years of living , the loss of a parent, the births of my 2 beautiful healthy perfect children, nothing was harder - I don’t think I’ll ever really know if I made the right or wrong decision, but I do know that the decision we made was not a criminal act and furthermore it’s a decision every woman is entitled to make - I would add that each time I chose to terminate a pregnancy I didn’t make the decision alone because I never created a pregnancy alone

A campaign such as this one will have little impact on the minds of politicians, none of whom have a desire to see women imprisoned for killing their children, and none of whom believe that this is even a possibility. There is no danger of women being arrested, no fear of breaking the law involved in any abortion that takes place in New South Wales - either for women or for abortion providers - and it is misleading to suggest otherwise. [Michael Quinlan has written here about the two cases which have led to convictions in recent years.]

Arrest is only a possibility for those who stand on the side of life, in this current climate. And we have the convictions to prove it.