The Australian Church has undertaken a radical and dangerous approach to charting her future, in the form of Plenary 2020, which was instigated by the Australian Catholic Bishops Conference in 2018. The opinions of thousands of barely-catechised Catholic laypeople and all manner of non-Catholics have been collected and collated and will be presented to the bishops in an effort to illustrate the need for some of the Church’s fundamental teachings to be updated. And perhaps unsurprisingly, in light of the Fatima message, it is the doctrines on marriage, sexuality and the family, as well as disciplines relating to the priesthood that have been challenged most strenuously.

In all, more than 17000 submissions representing 222,000 individuals, were collected during the first phase of the Plenary. While the bulk of these was from Catholics, almost one-third were submitted by non-Catholics, and of the Catholics, only two-thirds identified as practising. These submissions are repeatedly referred to by Plenary organisers as the ‘voices of the faithful’ which are supposed to discern the direction in which the Holy Spirit is taking the Church.

The Church as democracy

There are many disturbing aspects to the approach chosen by organisers of the Plenary to develop an agenda for the final stage, which is the bishops’ meetings in 2020. From the start, many faithful Catholics have voiced their concerns about an agenda already being in place, with the ‘listening sessions’ being held only for show.

A parishioner from Western Australia, Philippa Martyr, told of her experience at a ‘listening session’:

“It was awful and such a shambles. People were either afraid to speak their mind, or were unable to find the words to say what they meant. It felt like a very tired group. One thing our group brought up a lot was the sense that we have done this all before - they felt all consulted out, and in the past they have seen similar processes end in nothing. Our group also asked how much all this was costing, but no one could tell us. I found it annoying that we were told we could see the group's thoughts before they were sent away for processing, but I don't think anyone ever saw them.”

An overarching flaw is the Plenary’s suggestion that the Church is a democracy, in which a majority - or even a vocal minority - can exert pressure on the bishops to change the Church’s teaching. Organisers claim that a Plenary is a ‘particularly graced instrument for seeking the Holy Spirit’s guidance. And it has the authority to make church laws on the results of its discernment.’

There is no Church document cited for this extravagant claim, and no suggestion of parameters which would limit the changes under these ‘new laws’. Rather, it is made to appear that every Catholic doctrine and discipline is up for grabs and that every individual in the country, even a Moslem or an atheist, will have a say in redefining them.

According to the Plenary’s website, the theological basis for determining its agenda is rooted in Vatican II’s Lumen Gentium and the sensus fidelium. (It is Lumen Gentium that we have to thank for dismissing the certainty that the Catholic Church is the one, true Faith by proclaiming that the Church of Christ ‘subsists’ in the Catholic Church.) From the Plenary website:

“The council teaches that the whole Church has been given the gift of divine revelation, as well as the gift to interpret it faithfully. The bishops have a ministry of teaching that necessarily involves a process of listening to the voices of the faithful before they speak.

One of Pope Francis’ favourite quotes from Vatican II (Lumen Gentium, 12) concerns how the bishops have access to the Holy Spirit, so that they are faithfully interpreting and applying what God has revealed and is revealing. And that access comes through a special gift that all the baptised have received at their baptism when they are anointed with chrism. That gift is called “a sense for the faith” (sensus fidei). Moreover, the whole church together has this special gift, what is called “the faithful’s sense of the faith” (sensus fidelium).

Through this, Vatican II teaches, the Church is “infallible in believing”. So, this “sense of the faithful” is a sacred conduit for finding out what God is asking of us in Australia at this present time. The bishops’ role of “oversight” is to ensure that contemporary interpretations of divine revelation are faithful to the past. But, equally importantly, to ensure that God’s present activity in human history is being attended to. This is done by attending and interpreting to the signs of the times and listening to the faithful.”

This wrong-headed justification omits the fundamental basis for discernment, with which all Catholics should be familiar: that the faithful’s sense of the faith, any ‘interpretations of divine revelation’ and in fact, any proclamation from the bishops are meant to be in total accord with the Magisterium; in other words, ‘Catholicism that is in continuity with Catholicism.’ If not, then the holder of those views is objectively in a state of grave sin. (For example, both Cardinal Brandmuller and Bishop Schneider have stated that it ‘fulfills the elements of heresy’ to question the Church’s teaching on the ordination of women.)

There is no doubt that many, if not most, of those who made submissions in the Plenary’s preparatory phase do not subjectively satisfy the criteria for heresy on this basis, since their catechesis is fundamentally lacking. By contrast, one group submission was made by twenty-three Melbourne parishes. Their document called for Holy Communion to be given to divorced and remarried and practising homosexual parishioners, allowing women deacons and women priests, readmitting priests who have left the Church to marry; and allowing the Third Rite of Reconciliation. It is difficult to see how the priests from those parishes are not formal heretics.

There is also no doubt that by asking groups and individuals to submit their opinions about the Church, it would be possible for the bishops to assess exactly how dire is the situation in Australia. But the problem inherent in the approach taken by the National Centre for Pastoral Research, who collated the information and have issued an interim report, is that every heterodox query or demand presented by the ‘faithful’ has been formulated as a serious question that will be posed to the bishops. One can speculate on the motives for including questions regarding such themes as women’s ordination, contraception and IVF, since the Church’s teaching on these could not be clearer.

The Index of the 314-page report gives a poignant insight into the messages it’s trying to convey: there is one entry on the formation of seminarians, but seven on LGBTI issues. The ‘listening Church’ boasts fourteen entries, while ‘tradition’ has only nine. There are six entries on sin, but eight on social justice. ‘Latin’ has two short entries;  the text for ‘women’s ordination’ takes up the better part of two whole pages. There are three entries for ‘holiness’ but four each for ‘clericalism’ and indigenous citizens’ rights.

One faithful Australian priest gave his impression of the report:

“It was drawn up by a statistician company that grouped statements from the listening sessions. It is horrendous and, I believe, Satanic - most of it. The bishops have sold us out because ‘Jesus is a nice guy and He welcomes all, don't you know’? It is a very sad indictment on the lack of faith and catechesis within the church especially from those called to be apostles.”

As for a remedy, Father continues: “We - I included - have to continue as we have, just being faithful Catholics.”

Australia is officially dedicated to Our Lady, Help of Christians; another title held in common with Protestants is the Great South Land of the Holy Spirit. One saint has so far been canonised, St Mary MacKillop of the Cross; a humble nun who set up schools and founded the Sisters of St Joseph during the 19th century. 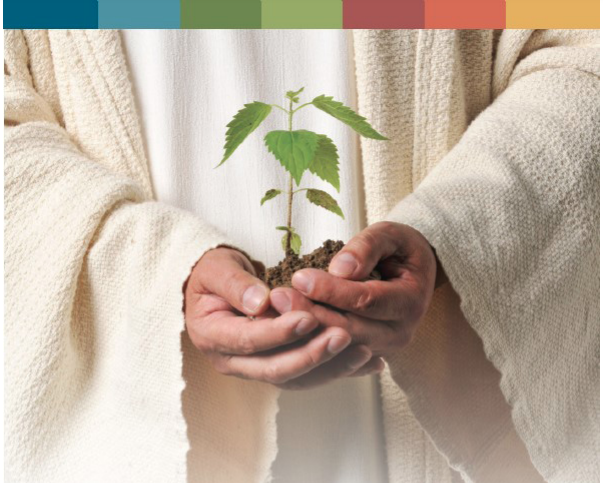 Many faithful Catholics homeschool; a few have started their own small charter-schools. Some brave the protestant schools and find this less harmful to their children’s faith than the Catholic system. Still others resort to Catholic schools and try to dodge the Buddhist meditation, mindfulness and yoga, as well as the other threats their children face when they are allowed to mix with practical atheists on a daily basis.

As in other parts of the world, traditionalists in Australia are willing to drive an hour or more to a Latin Mass; orthodox parishes are attracting good numbers of young people and young families.

Against his backdrop comes the Plenary Council, a revolutionary weapon of reform, which plans to use what is little more than an opinion poll to legitimise the progressive current that already exists in the Church.

Traditionalists and other orthodox Catholics made submissions in the Plenary’s preparatory phase,  but appear - or have been made to appear - as though they were in the minority. (Among the many photographs included in the researchers’ final report, there was not one traditional Mass represented, no ad orientem Mass, not a single woman veiled.)

Power to the People

The tagline for the Council is “Listen to what the Spirit is saying”, which seems like the punchline for a joke about the ‘spirit’ of Vatican II. But this is no laughing matter: it is no exaggeration to say that, humanly speaking,  the entire future of Australian Catholicism is at stake.

It is frightening to think of the immense power that has been given to just a few, especially to the members of the Pastoral Research centre; it is the power to chart the course of the Church’s future, using bureaucratic tools and claiming that ‘the spirit made them do it.’

The Plenary’s organisers have opened a Pandora’s box that will be hard to close again: its Modernist agenda has been given an indelible legitimacy because it bears the mark of the Bishops Conference. Our worst fears are coming to pass and it seems that there is no shepherd willing to stand up for our beloved Church and for the immutable nature of Her doctrine.

Our Lady, Help of Christians, pray for us.

Our Lady of Fatima, pray for us.

St Mary of the Cross, pray for us.

This article first appeared on The Remnant.