Dan Andrews - Tear Down This Wall 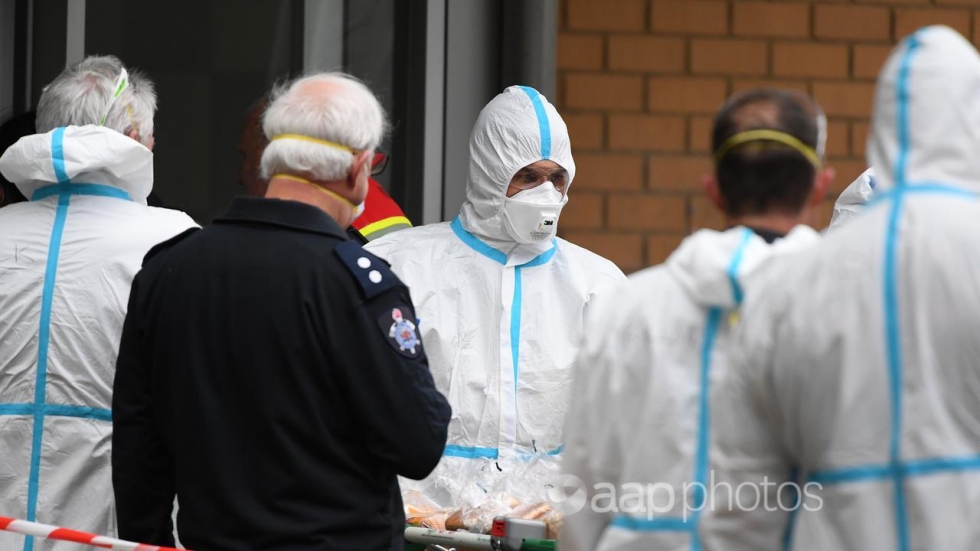 A few things immediately sprang to my mind this morning as I awoke to my city surrounded by rings of steel. Melbourne is now the new East Berlin. And I recalled the famous speech US President Ronald Reagan gave on June 12, 1987 at the Brandenburg Gate near the Berlin Wall to commemorate the city’s 750th anniversary. His closing lines were these: General Secretary Gorbachev, if you seek peace, if you seek prosperity for the Soviet Union and Eastern Europe, if you seek liberalization: Come here to this gate.

The other thing that I thought of were all those brave resisters and heroes, many of whom risked their lives for freedom. Some of you who are as old as I am might recall David Bowie’s 1977 song “Heroes”. He was living in West Berlin at the time. This is a brief background to it:

Inspired by the sight of Bowie’s producer/engineer Tony Visconti embracing his girlfriend by the Berlin Wall, the song tells the story of two lovers, one from East and one from West Berlin. Bowie’s performance of ‘Heroes’ on June 6, 1987 at the German Reichstag in West Berlin was considered a catalyst to the eventual fall of the Berlin Wall. Following Bowie’s death in January 2016, the German government thanked Bowie for ‘helping to bring down the Wall’, adding ‘you are now among heroes’.

All those thoughts were spinning around in my head as I realised that I live in a major Western city which is now in deep lockdown, with a police perimeter keeping people from going in or out. As of midnight, Melbourne, Australia sought to emulate Communist East Berlin, and Premier Dan Andrews became the new face of oppression and a war against the people.

So how did we get to this place? The story is well-known – at least for those not relying on the lamestream media for information. But it is worth briefly recounting the situation we find ourselves in. I and 6.4 million other Victorians are living under what is arguably the most corrupt, the most morally bankrupt, the most out of touch, the most incompetent, and the most dastardly government in all of Australia.

Heaven help us all who are languishing under the sheer stupidity and arrogance of Chairman Dan. The rest of the nation is opening up with hardly any new corona cases, yet Victoria is going backwards – big time. Now 5 million Victorians are in mass lockdown, and 2.2 million children are out of school.

So now we are once again in Stage 3 lockdown orders for 6 weeks, if not much longer. School kids will suffer, the economy will be smashed even further, and mental health problems will skyrocket. All this was avoidable, but our inept Premier refuses to take a hint of blame.

The Andrews government failed to manage incoming travellers, unlike all the other states. The Police Union did not want to babysit returned travellers, so private security guards with no training were hired to do the hotel quarantine job. They failed abysmally. Guards were having sex with the travellers. Folks could leave quarantine without doing any testing.

We also have the communist-style shutdown of public housing blocks in Melbourne. And it all happened with no warning, no consultation, no communication – even the police did not know what they were doing. Yet we have only 70 some cases out of 3000 people in these towers after 4 days of testing.

Many of these imprisoned folks came here from elsewhere, looking for freedom. But now they have lost it all. They fled dictatorships, only to fall into the Dan Andrews’ dictatorship. And now their five-day lockdown has been extended to 14 days. Where are all the leftist civil liberties groups speaking out on this? Why the silence from all the usual suspects who carry on about the mistreatment of minority groups and others?

More questions spring to mind. Why should Dodgy Dan and his Labor Party incompetents still have their guaranteed cushy, taxpayer-funded jobs while so many ordinary Victorians will lose their jobs? There is no accountability and responsibility by this corrupt, aloof and arrogant government.

And keep in mind the facts; just 3 Victorians have died in the past month and a half from corona – two of them being well over 80 years of age. Yet we imprison the entire metropolitan area instead of doing the obvious: strictly quarantine the sick, and not imprison millions of people who are healthy.

There will be a $6 billion hole in the economy because of Victoria and its most recent stuff-up – a billion dollars each week. But Andrews thinks we can keep shutting down the Victorian economy at will, and the Commonwealth (that is, all of us Australian taxpayers) will just pick up the tab each time.

This is economic vandalism. Yet those who are fully responsible for all this are totally unaccountable. They are getting away with murder. The economic collapse is impacting millions. The hospitality industry is among those who have been the hardest hit.

Cafes and restaurants are some of the many small businesses being mercilessly hammered. Doing takeaway business just does not cut it for most. For example, in terms of sustainable income, 4 weeks of take away service equals just one week a table service. Many of these places will simply have to close down permanently – they just cannot continue like this.

Small business owners are calling for Victorian Premier Daniel Andrews to resign over his handling of the coronavirus pandemic. From midnight tonight, Melbourne metropolitan and Mitchell Shire regions will go back into lockdown for six weeks due to a resurgence in COVID-19 cases across the state. Lamaro’s Hotel part-owner Paul Dimattina told Sky News “Dan should have just put his hand up yesterday, when he made his announcement he should have resigned as well”. “He’s pointing the finger at all us Victorians when a lot of us have been doing the right thing,” he said. “He and his government have let us all down and it’s horrible. “Dan, please resign. Stand up, man up, enough’s enough.” Mr Dimattina said Mr Andrews’ handling of the Black Lives Matter movement contributed to the emergency situation the state was now grappling and small business owners like himself were suffering the consequences. “Stop pointing the finger at the rest of us, when you and your bureaucrats are to blame for this.”

And we know that 400 people have already killed themselves this year – how many directly due to this lockdown madness? Recessions and economic turndowns always result in massive mental health problems and big spikes in suicides. Again, all because of government incompetence. Thanks, Dan.

There has been one rule for ordinary Victorians, but another rule for certain select groups: eg., ignoring the 10,000 BLM protestors; ignoring large-scale Islamic celebrations; ignoring the CFMEU mass meetings, and so on. Protestors and others get a free run, but golfers or swimmers or those teaching their children how to drive were all targeted. Ordinary Victorians suffered while the pals of Andrews got a free pass.

Those folks who insist on defending Dictator Dan to the death are either paid-up Labor Party hacks or are completely clueless. I have no time for such brainless wonders and spineless sheeple. I really have zero time for those who are in such a dense moral and mental fog.

There is no accountability here at all. Why is Parliament not sitting if the Premier has nothing to hide? Why does he refuse to man up and own this debacle? Why is he even being allowed to continue as the State’s leader? Why has he not yet been tarred and feathered and driven out of town?

Remember, Andrews and Co. are right now costing Victoria’s economy $1 billion a week. Add this latest buffoonery to all his other past disasters, including the $388,000 spent on red shirts ALP campaigners; the terrible belt and road initiative with China; the East West Link debacle that cost us taxpayers $1.1 billion; the branch stacking scandal; and so on.