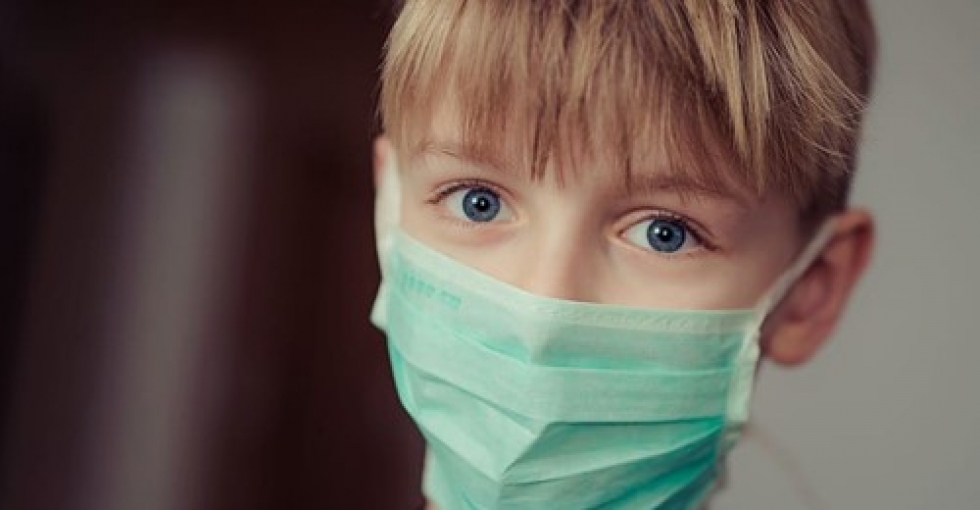 The response of governments to the Covid "crisis" has been a revelation.  They have grabbed supreme power and have diminished freedoms and crushed the economy.  How did they get away with it, with such little push-back from we-the-people?  They had six strategies.  Strategies that appear to have worked.

The response of governments to the Covid "crisis" has been a revelation.  They have grabbed supreme power and have diminished freedoms and crushed the economy.  How did they get away with it, with such little push-back from we-the-people?  They had six strategies.  Strategies that appear to have worked.

Those of us who daily shake our heads at the bizarre, world shattering events of 2020 must be wondering.

Some of us have, quite reasonably, questioned the “science” daily administered to us, and questioned the extreme powers assumed overnight by governments.  Governments that have enacted draconian lockdowns, imposed economy-shattering and community-destroying policies, that have compromised the health of non-Covid sufferers with other ailments, and that have bet the house on attempting, with their pathetically feeble policy instruments at hand, to kill a virus that in most cases does not kill us, oy harm us, and that no government is remotely capable of killing.

How did they do it?

How did the world’s governments manage to con whole populations into thinking there was a deadly “pandemic”, when there is none?  How did they manage to gloss over their appalling bungles, their total lack of common sense and proportionality, their inconsistencies, their hypocrisy, their heavy handedness, their sheer Covid fascism?  And to come through, apparently, electorally unscathed?  Perhaps – only perhaps – with the exception of the extremely peculiar premier of the once great state of Victoria.

Is the electorate massively forgiving, or preternaturally supine, or just ignorant?

Here is my best go at attempting to explain how they did it.  What were the strategies, if any, to ensure that they – the governments – got through this unscathed?

I think there have been six discernible political strategies.  I say “political” strategies, deliberately.  There has clearly been NO health strategy, as is apparent to anyone closely following the “crisis”.

First, buy off the punters.

This has been masterful.  In Australia, the Morrison Government has created a sublime, and typically Australian, solution.  Pay everyone for doing nothing!  What could be better designed to make the punters feel that this was all ok?  In the UK, they have “furlough”.  Minimise the economic pain up front, for six moths or so, and so quell any popular rebellion against the heinous lockdown, the effective home imprisonment.  Make it seem like something entirely different.

The fruits are there to see.  Everyone gets a holiday, without feeling the coming economic Armageddon.  And keep Dan Murphy open.  This was brilliant.

As anyone on the ground will know, you cannot get workers to come back to your business – to work – because everyone is at home on full pay, and enjoying the break, thank you very much.  Those on Jobkeeper do not want to work!  This is an unwritten story, like so many other unwritten stories, in the lamestream media.

Any explanation of the otherwise bizarre popular support for the removal of our freedoms and our livelihoods that does not begin with the Jobkeeper con is missing the story.  Subsidies work.

This has worked, brilliantly.  Take the example of the churches.  They all rolled over, and set up systems that utterly bought and relayed the government’s pandemic narrative.  In the case of Catholic bishops – no public Masses for three months.  No communion on the tongue.  No holy water.  Extreme social distancing beyond the ridiculous, two only to a pew, fifty only in massive, cavernous cathedrals.  Nuns heavying people to separate in the pews.  An extended dispensation from attending Mass.  If you cannot make – don’t worry!  Earnest prayers for Melburnians, suffering as they are.  (Merely four deaths from the latest phase of the “crisis”, at the time of writing).  And in my local parish – people from Victoria or returning visitors to Victoria are banned from attending Mass!  So much for Victorian souls.

These rabid overreactions are typically deemed “protocols”.  Doing the “right thing”.  There are positive deviants, but they are the exception, I think.

The Fourth Estate has gone missing in action.  No questioning, merely the mindless regurgitation of government Covid propaganda and government informercials.  Shopping Mall managements are on board.  Fast food franchises simply say – it is too hard to police in-house distancing.  Rubbish.  Managerial convenience.  The customer might always be right – as long as he gets takeaway.

As I have previously noted, governments love crises, press conferences backed by earnest, serious looking “experts”, preferably wearing some kind of uniform, and a steady diet of announcables.  These create the impression of an active, well-motivated state.  Looking after our ‘elf and safety.  The creation of a sense of ongoing “crisis” that these pressers continue to reinforce have the effect of papering over the otherwise massive inconsistencies and the sheer crap that they feed us.

This has been achieved, with ease.  Police.  Army.  Locked borders.  Locked public housing towers.  Appeal to “experts”, models, “the science”.  The creation of fear early was a masterstroke.  When people don’t know where the viral enemy is, and what it might do, Big Brother simply steps in to provide the narrative, and the reassurance.  Misleading descriptions of what is, after all, a mild if very contagious virus, are critical to the state’s strategy.  Words matter.  Pandemic. Crisis.  Masks.  Distancing.  No hugging!

Do the keyword search, anyone who doubts.

The governments haven’t even had to do much here.  The media does all the heavy lifting.  Daily death counts, which are utterly meaningless but which create the requisite fear and a compelling narrative of fear.

This has been particularly malign, misleading and a core part of the fear-mongering strategy.  “Follow the science”.  As anyone who knows anything about scientific method will recognise, this is bullshit.  A feint that is convenient to governments which do not, actually, have a clue what is going on.  Most scientists don’t know what is going on here, either.  But, hey, it worked with climate change – the perfect rehearsal.  “The science” does not exist.  Repeating this mantra is a category error.  There are only ever hypotheses, to be tested and confirmed or dismissed.  The science of this, and any other empirical phenomenon, is contested.  It is evolving.  Most of the bogus, pseudo-science that we have witnessed these past months is non peer-reviewed.  It is science on the run, typically propped up by government grants and promised policy influence.  The things that have actually been shown to have some basis in reality, have been conveniently parked.  Scientists who have questioned the need for lockdown have been studiously ignored by government officials and the lamestream media.  These include epidemiologists and virologists of world renown.  An utter disgrace.

Models are not science.  Models can in theory prove anything; in practice, they prove nothing.  They are mathematical, not empirical.  But scientism is so embedded in the popular imagination that – guess what – it always works!  Throw in the charge of conspiracy theory against anyone who dares to question official science, and, boom!  You have won the debate.

Sixth, assert powers not actually possessed by the state.

This always works.  It is how the state inevitably metastasises.  It always has been.  Claim powers during a “crisis”.  Keep them when the “crisis” passes.  Never waste a crisis, the sleazy former Obama guru and Mayor of Chicago presciently said.    Right out of the Saul Alinsky playbook.  Normally you need a war.  But Covid will do.  George Orwell would well recognise the procedure.

There have been a few legal challenges against the lockdowns, in the USA and the UK.  But not many.  None in Australia, to my knowledge.  Governments have deployed the police and the army.  They have scared the people witless.  They have bullied corporates (like shopping malls) into submissive obedience with a con trick.  They appeal to public health as a pretext for dictatorial power, without the slimmest constitutional authority to do so.  They do not remotely have the power to do what they have done.

Where is the Australian equivalent of Lockdown Sceptics and The Free Speech Union, British institutions that have sprung up as last resort organisations to whom those who have been deprived of their freedoms and livelihoods can appeal for help, and legal advice in the face of Covid fascism?

The governments of Australia and of other Western countries, panicking in the face of their own uncertain knowledge about a new public health and (importantly) an electoral threat, have fallen, one-by-one, like dominoes, for a mischievously misapplied precautionary principle.  In other words, they have feared, above all else, the revenge of voters who just might turn on them for letting people DIE!  They have backed the horse called fear, and have applied ruthless power to subdue their utterly confused, uncomprehending populations, whipped up to irrational fears about a mild virus with only minimal impacts on ninety-nine per cent of the population.

They have employed all the usual tricks of the state, with apparent success.