Hope Down Under? Australian Bishops Slow to Implement Traditionis Custodes 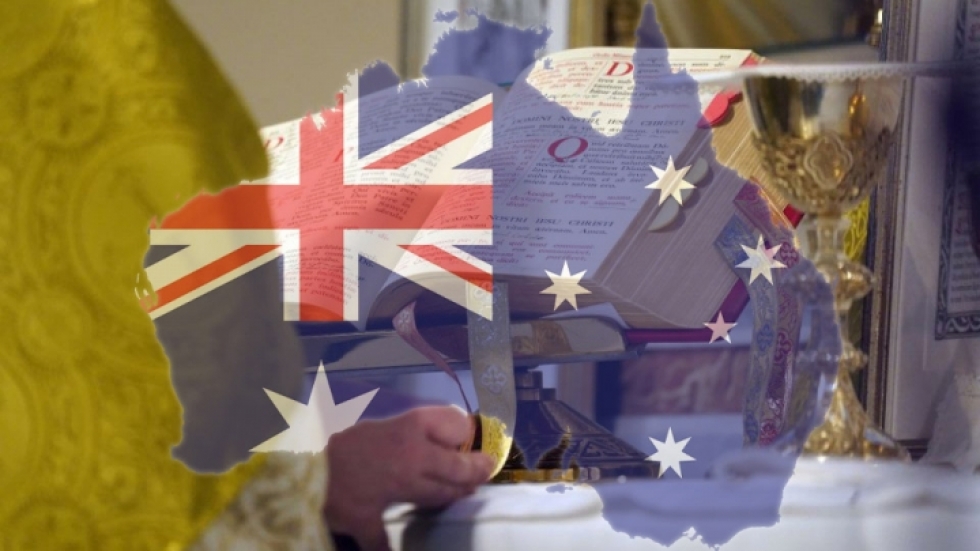 Pope Francis's recent Motu Proprio, Traditionis Custodes, has been seen as many things.  Certainly it has been seen as a major and sad setback for traditional Catholicism and the celebration of the Old Mass.  How is it playing out in Australia?  Will the Bishops play ball?  Republished from The Remnant.

Every serious Catholic on the planet is by now aware of the Pope’s recent Motu Proprio which is designed to severely restrict access to the Latin Mass. For Catholics in Australia, the timing of the document’s release could not have been worse, as many traditionalists were among the 18,000,000 Australians then living under COVID stay-at-home orders and so were unable to access the sacraments or to seek solace in their parishes.

Our distress, like that of traditional Catholics everywhere, has been acute and many have questioned the lack of consultation preceding such an impactful document. This can be contrasted with, say, the 18-month discernment process surrounding as insignificant a change as the rebranding of the Global Catholic Climate Movement[2] - which has been renamed the Laudato Si’ Movement, in case you were wondering. The authoritarian decree with its harsh and demanding tone left us wondering what could possibly come next.

Despite the apprehension, however, the majority of Australia’s bishops have, at least for now, decided to maintain the status quo, allowing Masses celebrated according to the 1962 Missal to continue in their dioceses.This means that around sixty venues across the country, with more than half of those holding Sunday Masses, will experience no change at all. One traditional priest who did not want to be named gave a possible explanation for the bishops’ lack of action:

“Most Bishops - whatever their theological convictions - are irked by their being expected to act as executioners of a Papal decree that seems to many (including fair minded liberals) to be heavy handed and even brutal. Pope Francis has miscalculated and overreached. Traditionis Custodes has already caused more damage to Francis's reputation and moral authority, than it ever will to the Traditional Latin Mass. In fact, by putting the Traditional Latin Mass “front and centre” at such a challenging time in the Church and the world, the Pope may well end up increasing interest in and attendance at the Traditional Latin Mass!”

This certainly seems to be the case in at least one Australian Latin Mass parish, (which was not under lockdown) which saw Mass attendance increase by 10% after the Motu Proprio was released.

Of those seventeen dioceses that contain traditional parishes, only one bishop has so far moved to restrict the Latin Mass - as a temporary measure - while he further studies the new document. Archbishop Peter Comensoli, of Melbourne, has asked that several parishes suspend their weekly Latin Masses, although he has allowed the thriving Extraordinary Form personal parish and its satellite Masses to continue.

The Archdiocese of Melbourne is home to around 26% of Australia’s Catholics - more than 1 million souls - and it covers a sprawling 27,000 km² (17,000 m²).  Latin Masses were previously (and providentially) being offered in the northern, eastern and western suburbs, as well as in the populous inner-city areas. In my own parish, a now-suspended weekly Latin Mass had been offered for ten years; its Novus Ordo Masses are faithfully celebrated in accordance with an orthodox reading of Sacrosanctum Concilium.

In his statement to priests regarding his decision, the Archbishop acknowledged that the division cited by Pope Francis as the motive for his restriction of the Old Rite is not common in his Archdiocese. His Facebook post on the Motu Proprio attracted almost 200 comments, the majority of which were in support of the Latin Mass. Many were written by young Catholics, with one commenter suggesting that 40% of Melbourne Catholics under the age of 30 attend the Latin Mass regularly. Those comments echo the sentiments of hundreds of concerned traditional Catholics who emailed the Archbishop, begging him to reconsider his decision.

The retired Bishop of Melbourne, Peter Elliot, wrote his own response to Traditionis Custodes which was published by a major news service, noting that while he was grateful for Paul VI’s revision of the Mass, he was disquieted by the confusion which the new Motu Proprio has caused:

“Having received copies of a flood of anguished letters protesting about the severe papal ruling, I hear not only their pain but moving arguments explaining their love for the stately old rite, its attractive silence and engaging spirituality,” wrote the Bishop. “They certainly are not divisive extremists, aggressive cranks or nostalgic old folk. Many of the letters were written by young people and young families. What has surprised my Vatican II generation is how young people are gravitating to the old rite.”[4]

The Archbishop of Canberra-Goulburn, Christopher Prowse, said in his statement that he is “pleased with the presence of the Latin Mass Community” in his Diocese, and that he plans to consult with that community going forward.[5] Similarly, Bishop Mark Edwards, whose Wagga Diocese boasts a number of Latin Mass communities, has said that he will maintain the status quo for the time being.

It has been quite encouraging to see how many of our bishops appreciate Latin Mass parishes for their contribution to the Church, as centres of prayer, orthodoxy and Catholic culture. Some prelates have a personal and particular love for the Usus Antiquior. Bishop Columba Macbeth-Green OSPPE, who regularly offers the traditional Mass, said[6] that the three Latin Masses currently offered in his Diocese of Wilcannia-Forbes are to continue unchanged. Invoking Canon §932, which states that the Holy Sacrifice be held in a sacred place, Bishop Macbeth-Green added that those Masses will continue to be offered in parish churches.

Archbishop Julian Porteous of Hobart, citing pastoral reasons, told his flock that the existing 1962 Latin Mass will continue, despite the Motu Proprio.  Since the time of his installation eight years ago, Archbishop Porteous has ensured that the Old Rite be made available to Catholics in Hobart. Archbishop Porteous made it a priority to create a dedicated Latin Mass parish, and has since also welcomed a traditional Benedictine order into his Archdiocese.

“This document is the most vulgar and cruel statement ever to emanate from a papal pen. It is vindictive and shows no solicitude for the people and families that have become attached to the liturgy for many reasons. It is barbaric how the shepherd has struck so savagely his own flock, and only to promote the agenda of the Age of Aquarius.”

Another felt that Traditionis Custodes could be used by bishops as a sharply-honed weapon which would enable them to remove “problematic” priests from their dioceses. “A bishop can easily say that a priest is “disobedient” to the Pope,” said the cleric, “and then see to it that he is suspended.”

However, another conveyed to this author his gratitude for his bishop’s positive approach and said that his fellow (Novus Ordo) clergymen had given him overwhelming support in his celebration of the Old Rite.

While we are yet to receive definitive reports from some of our bishops, most traditional Catholics here are breathing a sigh of relief. For now, at least, accompaniment is less of a buzzword and more of a reality. For parishes like mine, however, that have lost our beloved Extraordinary Form liturgy, the sorrow is palpable.

Although there are sure to be more casualties from this Papal bomb blast as time goes by, there is every reason for hope in the long term. Cristiana de Magistris gave the somewhat comforting thought that the Motu Proprio “...is not a fatal stroke dealt against the Roman Rite, but the euthanasia of the modern rite.”[7] The new Mass, with its incessant reliance on novelty in order to retain parishioners’ attention, appears to have been tried and found wanting, as evidenced by the surge in popularity of the Old among young people and families.

So for now, it is a question of waiting to see whether the two forms can resume the kind of coexistence that marked the previous two pontificates or if the new Rite will eventually “die with dignity”.