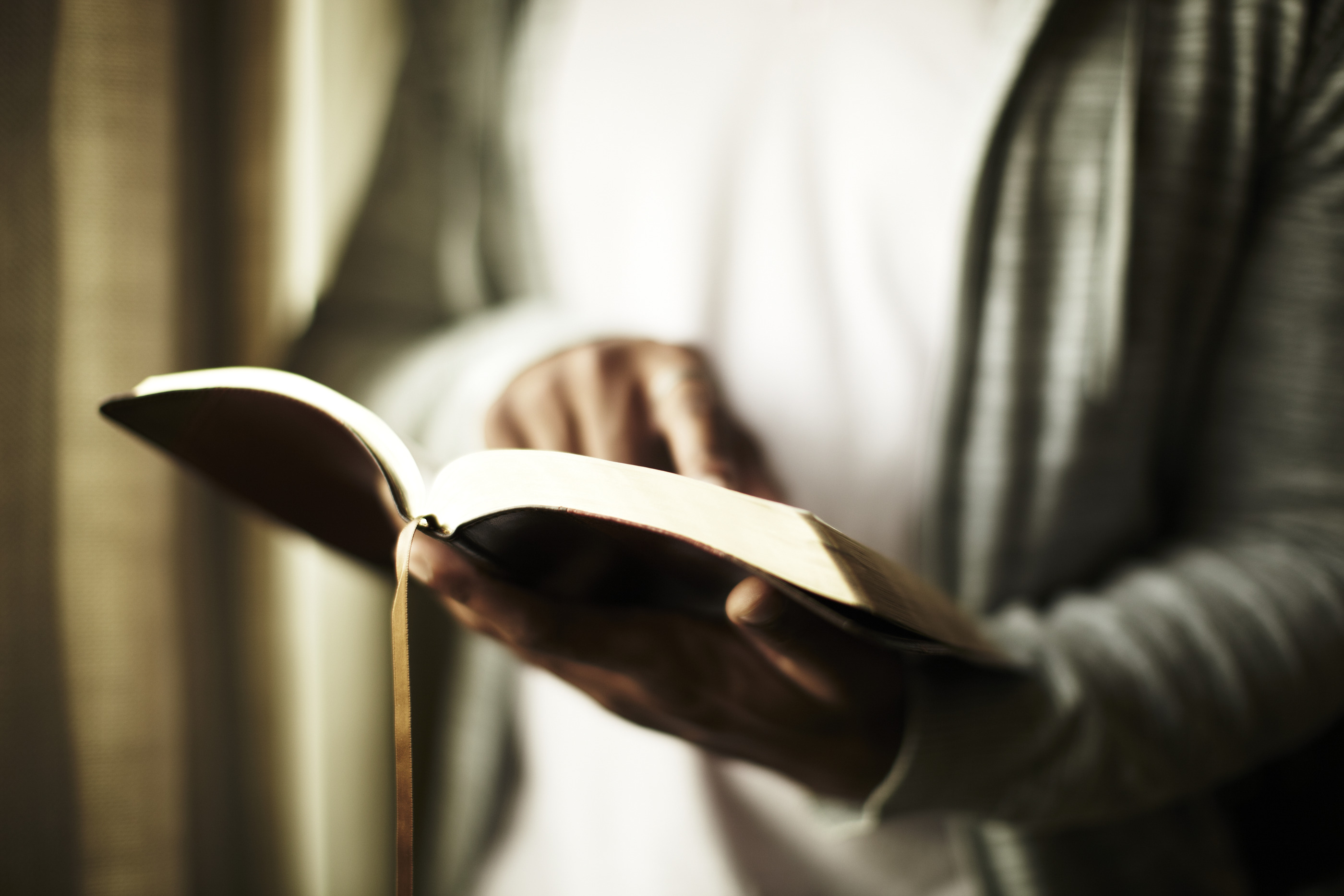 The full details of the proposed changes can be found here: Here are the relevant bits which are of real concern: A Bill for an Act to amend the Equal Opportunity Act 2010 to modify the religious exceptions in relation to the employment of a person by religious bodies and schools….

EXPLANATORY MEMORANDUM 581013 BILL LA INTRODUCTION 30/8/2016 Clause Notes Clause 1 sets out the purpose of the Bill, which is to amend the Equal Opportunity Act 2010 to modify the religious exceptions in relation to the employment of a person by a religious body or school. In particular, the Bill reinstates an “inherent requirements test” for a religious body or school that may seek to rely on a religious defence to discriminate in the area of employment. Clause 2 provides for the Bill to come into operation on a day or days to be proclaimed, or otherwise on 1 March 2017.

All this may not seem like too much of a big deal but it actually is. A bit of history is required here to understand just what is going on. Almost two years ago when this idea was first floated I wrote it up, so let me repeat part of what I wrote back then:

The Equal Opportunity Act 2010 was brought into the Victorian Parliament by the Labor Party. It greatly threatened religious freedom of organisations, groups, schools and so on. It was bad enough that an amendment to it appeared in 2011 when the Liberals were in power. The then Baillieu Government brought in the changes to protect religious freedom, viewing the 2010 legislation as being “a far-reaching attack on the freedom of faith based organisations”. Numerous religious groups welcomed the changes. For example, Independent Schools Victoria said that religious schools “ought to be able to choose staff they believe are the most appropriate for their school.” But now Labor wants to undo these changes, and take away religious freedoms of ordinary Victorians. According to their official Platform, Labor will “Reverse the Coalition Government’s amendments to the Equal Opportunity Act, including the reinstatement of ‘bona fide occupational requirement’ limitation on the religious exemptions and powers for the Victorian Equal Opportunity and Human Rights Commission to deal with systemic discrimination on their own motion.”

So this is an ongoing fight, and it centres on religious schools having autonomy and freedom, and not being forced to contravene their own beliefs to keep the activist State happy. Back in 2009 when the original bill was being debated, many groups expressed their concerns about the draconian anti-Christian bigotry on display here. Rev Dr Mark Durie put in a great submission back then which I quoted from at the time. He said in part:

Churches employ many staff who are not clergy, but whose function is regarded as integral to the religious vocation and life of the Christian community. In a congregational context, roles such as receptionist, playgroup coordinator or caretaker are not simply ‘secular’ functions devoid of spiritual content. They are understood as involving the exercise of what are regarded as charismata ‘spiritual gifts’ (such as hospitality and helps: see Romans 12, 1 Corinthians 12, Ephesians 4), and are to be conducted as an act of service to God, and as a witness of faith to the community. It would prove impossible to impose secular morality – include secular sexual ethics – upon churches’ processes for choosing employees or volunteers in such contexts by limiting exemptions to clergy or some narrow secularist conception of ‘core’ functions. There are serious difficulties with demanding that religious groups justify to secular judges what constitutes ‘reasonable’ religious practices, and what does or does not accord with religious doctrines. To do so would require Tribunals and Courts to make wide‐reaching and complex determinations on which religious beliefs and practices are reasonable or authorized by the state. So we are now back where we started, with the secular left Andrews’ government again wanting to strip us of religious freedom, and turn all churches and religious instruction into the grey conformity of Statist group think. But religious freedom is far too important to lose without a fight.

To see just how bad these proposed changes are, simply consider this basic fact: Dan Andrews and his Labor colleagues would find it unthinkable if they were forced to employ dedicated Liberal or National Party members in the name of “equal opportunity” or “anti-discrimination”. They would balk at the idea that in the name of fairness and equality they must hire those whose political views are diametrically opposed to their own. Yet that is exactly what Andrews is trying to do in the religious arena. Why the double standards Dan? If you would never accept this in the sphere of politics, why are you demanding it in the realm of religion? And other important questions must be raised here. If this bill goes through, will Andrews insist that Muslim schools employ Christians, Jews, atheists, transvestites, pork-eaters, alcoholics, dog-lovers and homosexuals? If not, why not? After all, the law should apply equally to everyone, right Dan? Indeed, will Dictator Dan force all Islamic schools and madrassas to provide non-halal foods and alcohol for their non-Muslim staff and employees? Surely to insist that an infidel be forced to eat only Islamic-approved food is the height of discrimination and inequality, right Dan? We sure don’t want that happening. The questions keep on coming. Will Andrews mandate that all homosexual organisations hire Christians or Muslims or heterosexual pride group members? If not, why not? If Christian organisations will be forced to employ those whose sexual practices contravene their beliefs and values, why should homosexual organisations not be forced to do similar things? Education expert Kevin Donnelly recently had a great piece on the proposed changes and is well worth quoting from. He wrote:

If passed by parliament, the Equal Opportunity Amendment (Religious Exceptions) Bill 2016 will mortally weaken that freedom by opening religious schools and bodies to litigation and penalties if they discriminate against someone because of religious beliefs or activities, sex, sexual orientation, marital status, parental status, or gender identity. The attack on religious freedom will mean Catholic and independent schools, which enrol more than 36 per cent of students and are increasingly popular with parents, will lose the right they have to decide whom they employ. Faith-based schools are not like secular, government schools. Catholic schools, for example, by their very nature are required to follow the teachings of the Church and to imbue the curriculum and a school’s ethos with the word of God. As noted in a paper written by the Catholic Bishops Conference: “All those who choose to work in a religious organisation have a significant responsibility to maintain the religious integrity of the organisation.” Nobody forces individuals to work in religious bodies or schools but, as the bishops argue, it is vital that “those who choose to work in them do not compromise or injure by word or action those religious and moral principles from which the agencies derive their foundational beliefs”. Forcing Christian schools to employ an atheist who does not believe in God and who denigrates the Bible and denies the resurrection of Christ strikes at the very heart of why such schools exist in the first place. Given that Christian, Jewish and Islamic religions all define marriage as involving a man and a woman for the purpose of procreation, it would also be wrong to force such schools to employ an LGBTI activist who was publicly campaigning for same-sex marriage.

He closes with these words:

Freedom of religion is one of the basic tenets of Western, liberal democracies and it is guaranteed by state and international covenants and agreements. Such agreements also protect the right of parents to choose a school that ensures the “religious and moral education of their children is in conformity with their own convictions”. Parents seeking a religious education for their children have every right to expect that the teachers employed, the curriculum, and the broader school environment accord with the moral and ethical teachings of their particular faith.

Yes exactly right. Everyone concerned about freedom – whether religious or not – needs to resolutely oppose this bill. Freedom is of a piece, and when religious freedoms are stripped away today, then non-religious freedoms will be targeted tomorrow. It is time to stand up for freedom.