A Tale of Two Men - and Two Faiths 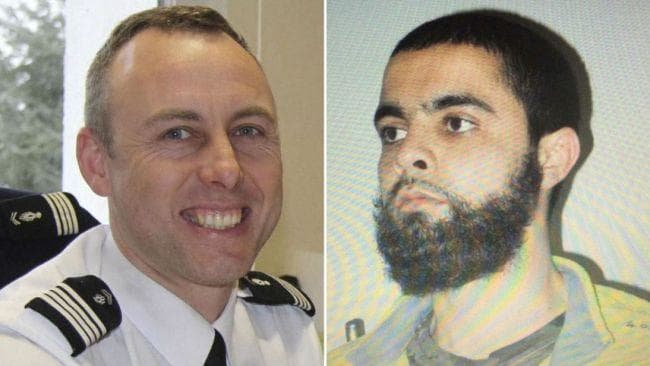 As we read in Romans 5:8 “But God demonstrates his own love for us in this: While we were still sinners, Christ died for us.” That is why Easter is so very special. Christians worship a God who was born to die. That was his mission: to suffer a cruel death so that the enemies of God might be made the friends of God. Another religious leader is also still recognised and celebrated centuries later. He did not lay down his life for others, but instead killed others, and ordered his followers to kill for him. The contrast could not be greater. Muhammad said kill your enemies while Jesus said love your enemies. The founder of a religion will of course greatly impact how their followers behave. Christians will seek to emulate Jesus, while Muslims will seek to emulate Muhammad. And we have seen this played out countless times over the centuries, with Christians giving their lives for others, and Muslims taking the lives of others. A perfect illustration of this took place in France just recently. In yet another Islamic terror attack, people were taken hostage by a terrorist, but a Christian offered to take the place of a female hostage. In doing so he paid for this with his life. More sacrificial love, because of what Jesus Christ did 2000 years ago. There was not all that much mainstream media coverage of this tragic event, and what was covered was often conspicuous by what it omitted: the faith of the two individuals involved. Here is one sanitised version of the aftermath of the killing:

The police officer killed in last week’s supermarket attack in southern France has been honoured in a day long ceremony led by President Emmanuel Macron. Lieutenant Colonel Arnaud Beltrame, who was killed after swapping himself with a hostage in the attack, is being posthumously awarded the Legion of Honour, France’s highest award. In a show of unity, former French presidents Francois Hollande, Nicolas Sarkozy and Valery Giscard d’Estaing also attended the event, where Mr Beltrame’s coffin was carried from the Pantheon across Paris to the Hotel des Invalides, the final resting place of Napoleon.

Notice how the “C” word is conveniently left out concerning Beltrame. And of course the “I” word and the “M” word are deliberately omitted concerning the attacker:

Lakdim, who also killed three other people before he was shot dead by police, was a Moroccan-born French resident with dual nationality. The chief of a counter-terrorism agency, known as Morocco’s FBI, said that France never alerted his country about Lakdim’s radical behaviour – calling the absence of contact “a misunderstanding”.

It took a Christian media outlet to inform us of the faith element of Beltrame. The headline makes it clear: “France Mourns as Christian Police Officer ‘Hero’ Honored with State Funeral”. So does the article:

French Police Officer and hero Lieutenant-Colonel Arnaud Beltrame receives a state funeral. He died in a hostage stand-off with an Islamic extremist on March 24 after he volunteered to trade places with a female hostage. According to reports, the suspect shot and stabbed the 44-year-old Beltrame, after the exchange at the local supermarket in Trebes, in southern France where the terrorist attacked. Beltrame has become a hero throughout France, known for his self-sacrifice, patriotism and Christian faith. He was awarded the Legion of Honor, the nation’s highest honor, at his funeral.

A Catholic news outlet said this about the hero:

The police officer who died after taking the place of a hostage in France was a practising Catholic who had “experienced a genuine conversion” around 2008. Lieutenant-Colonel Arnaud Beltrame died on Saturday after volunteering to replace a female hostage during a terrorist attack on the Super U supermarket in Trèbes, southern France, on Friday. Beltrame left his phone on so that police could hear his conversations with the gunman. He was shot in the neck by jihadist Radouane Lakdim before police entered the supermarket and killed the Moroccan-born French national. Beltrame served in Iraq in 2005 and received the Legion of Honour, France’s highest award, in 2012. Last year he was named deputy commander of anti-terror police in the Aude region. Fr Dominique Arz, national chaplain of the gendarmerie, told the French Catholic magazine Famille Chrétienne: “It turns out that the lieutenant-colonel was a practising Catholic. The fact is that he did not hide his faith, and that he radiated it, he bore witness to it. We can say that his act of self-offering is consistent with what he believed. He served his country to the very end, and bore witness to his faith to the very end.”

Franklin Graham also offered words of praise for this champion:

Lt. Col. Arnaud Beltrame sacrificed his own life to save someone else. The French policeman volunteered to be a substitute, to trade places with a woman being held hostage by the Islamic terrorist. This policeman was an extraordinary hero. Pray for his family and friends—and the others who lost loved ones in this attack on Friday—in their great loss. I pray that they would be comforted by the One who also gave His life in our place, the One who was willing to die in our place for our sins because of His great love for us, Jesus Christ.

And even agnostic columnist Andrew Bolt was clearly moved by Beltrame, as he too offered us the clear differences between Christianity and Islam. See his five minute video here: www.heraldsun.com.au/blogs/andrew-bolt/on-two-men-two-faiths-one-hero/news-story/01bd6c4ed4dbbd0d93488c0a9a9ab5d4?nk=4eb9eec5ef94761caf7b0f3843fb713f-1522386587 Anyone without ideological blinders on can see that Christianity and Islam are as different as day and night. And anyone carefully reading the four gospels and the rest of the New Testament, and the Koran and the sira, can see that there is no comparison between Jesus Christ and Muhammad. Some 1400 years after the latter lived, his followers are still massacring infidels in the name of Allah. And 2000 years after Jesus died and rose again, his followers are still giving up their lives for others. The true and living God loves us so much that he sent his only son to die for us. That is why we celebrate Easter. And two millennia later true Christians share the love of God with others as well, often sacrificing their very lives for the good of others. This is what real Christianity is all about. Even unbelievers like Bolt can see this clearly. This is why Easter is so very important. We serve a risen saviour. Hallelujah! www.itv.com/news/2018-03-28/france-honours-hostage-swap-police-officer-arnaud-beltrame-killed-in-supermarket-attack/ www1.cbn.com/cbnnews/world/2018/march/france-mourns-as-christian-police-officer-hero-honored-with-state-funeral www.catholicherald.co.uk/news/2018/03/25/police-officer-who-swapped-places-with-hostage-was-a-practising-catholic/ www1.cbn.com/cbnnews/world/2018/march/an-extraordinary-hero-franklin-graham-honors-french-police-officer-who-gave-his-life-for-a-hostage
Tweet
Tagged under
Download attachments: