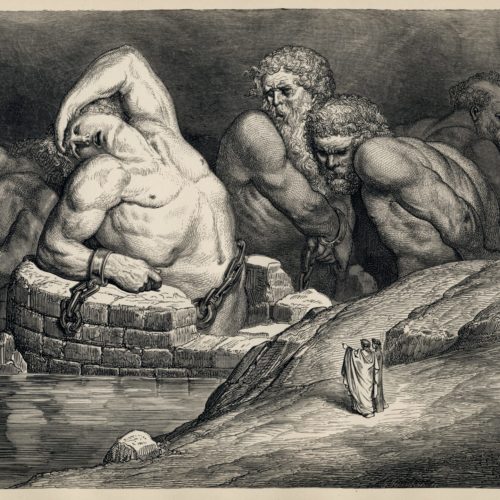 Ex-cardinal Theodore McCarrick interests me less than the seminarians who kept mum for so many years. The saga of this man is far larger than the story of one libertine prelate. The ugly dimensions of the scandal lie in the conspiracy of silence, a de facto collusion that permitted a known sexual predator—a sociopath—to rise through the ranks of Church nomenklatura. Set aside, if you can, McCarrick’s alleged abuse of an eleven year old boy. That is of a different order of magnitude than snuggling with grown seminarians. Criminal, it begs heaven to let drop the millstone Jesus proposed as just punishment for those who scandalize the young—impede their faith or do them harm. But what are we to make of those seminarians who knew of McCarrick’s behavior with classmates? Or tolerated it themselves? Most were in their twenties and early thirties. These are adults. Even the youngest possible seminarian, newly graduated from high school, is old enough to be wary of undue attention from an older man, especially one with a dodgy reputation. And savvy enough to steer clear. Whatever were they thinking, those young men who accepted invitations to the beach house of a priest whose proclivities were an open secret? What were these “nephews” expecting when they climbed into Uncle Ted’s bed? Did none of them have functioning reflexives? Most of us could imagine our own sons giving the goat a knee in the groin: “Oh, sorry! I didn’t mean to do that. But there’s not much room here.” Did no one think to say, “Thanks anyway, Your Eminence, but I can sleep on the floor.” Or, “A chair will do me fine, Ted.” What kind of temperaments were these to begin with? They had to be excessively docile and compliant. Timid. McCarrick had likely taken their measure before courting them. He did not ascend to the cardinalate without street-smarts. Surely he had an instinct for submissiveness and gauged the susceptibilities of the men he recruited. It is impossible to believe they were all disinclined. Again, I am back to wondering: What were these seminarians made of who turned a blind eye to a clerical satyr who breached his priestly commitments and transgressed against persons under his authority? This past July, James Martin S.J., rationalized the silence of McCarrick’s lambs:

Cardinal McCarrick was also one of the most powerful men in the U.S. church, the bishop of one of the major sees in the universal church and a personal friend of several popes. What could saying something about him do to your career?

Career. The word curdles when it is applied to a calling to religious life. It conjures up aspiring starlets accepting invitations to Harvey Weinstein’s hotel room. By inference then, is the casting couch just one of those fixtures an eager seminarian on his way up learns to live with?

Fr. Martin supposed that "there may have been an enormous amount of shame or embarrassment among the seminarians and priests who were forced into McCarrick’s embrace or bed.” But how were they forced? By what means? McCarrick was a seducer, not a goon. If the motivating force was clerical ambition, his bedmates were self-ensnared.

In Fr. Martin’s explanatory brief, whistle blowing is hazardous. It does not sit well with superiors. They do not want a stink. Some 15+ years ago, Michael Rose described the predicament of conscientious seminarians in Goodbye, Good Men:

If there is anything deviant or immoral going on at the seminary and he brings it to the attention of his superiors, he is likely risking expulsion. Many members of seminary faculties do not appreciate those who go to superiors with complaints, especially about sexual foibles.

True enough, but askance of the point. What might pass as prudent reticence in a law firm or a corporate office is less admissible when we are talking about preparation for the priesthood. Bosses and coworkers are not pledged to the virtue of chastity, a signal of sanctity to which the priesthood alone testifies. The celibate priesthood stands in witness against our own sexual foibles, errant longings and compromises. Of what good are men who would hold laity to their marriage vows while exempting each other—or themselves—from the supporting moral framework? Casuistry takes the sting out of the question. Celibacy, some tell themselves, holds meaning only in relation to the married state. Under that dispensation— doublethink—a seminarian can gain life experience in the hot tub at All Boyz Sauna and still consider himself celibate. It is a nimble evasion that has acquired enthusiasts over recent decades. In 1996, Wayne Wurst, a diocesan priest speaking on Chicago radio about seminarians at Mundelein, charged: “A large number of students had been convinced by some liberal teachers that sexual promiscuity with the same sex was not a violation of celibacy.” At the time, Fr. Wurst was referring to circumstances in play since the 1970s. Today, any number of priests have said that Wurst’s claim held true when they were in seminary in the 1980s and ‘90s. By now, the syndrome is entrenched.

This pre-history of the McCarrick scandal does not make it into Fr. Martin’s summary of explanations. In a follow-up essay later in July, he again addressed the question of why priests and seminarians might not report sexual harassment by a superior. He speculated on the psyche of all those mute witnesses. He recounted their probable fears: of being labeled a trouble-maker; of sullying the Church’s image; of being told “not to take things so seriously;” of adding to the burdens of those in charge; of negative reactions from peers. Fear followed fear, within the institution and within the individual. Sympathetic scenarios of personal emotion are an easy swallow for people accustomed to substituting psychology for a sense of sin. Moral demands give way to the absolutions of therapy. The swap is sufficient for a culture grown mistrustful of moral judgments. Fr. Martin’s list of excuses is certainly plausible. But emphasis on plausibility grants prerogatives to feelings at cost to the faculty of judgment—a capacity crucial to the distinctions on which moral judgments are made. Jesus’ words in the Sermon on the Mount, “Judge not that ye be not judged,” is popularly—and erroneously—taken as a wholesale rejection of the notion of judgment. But the second half of his statement, more subtle, opens a wider lens: “for with what judgment ye judge, ye shall be judged.” In other words, as moral philosopher Mary Midgley explained:

While we cannot possibly avoid judging, we can see to it that we judge fairly, as we would expect others to do to us. That he [Jesus] did not actually mean to stop all forming and expressing of moral judgments is plain enough from the fact that he often expressed quite violent ones himself against the powerful of the earth.

When a pope chirps, “Who am I to judge?” he is, in reality, making a judgment against his own ability to fill his office. Providing moral clarity—a work of reasoned judgment—is essential to the papal job description. And to that of every man seeking ordination. In their very person, priests represent a moral order that transcends the alibis we make for ourselves. Their vocation argues against trendy discounts on moral demands, whether for convenience or therapeutic reasons. A priesthood tenanted by men dispensing themselves, or each other, from the solemnity of their calling is an institution in jeopardy. The peril has nothing to do with celibacy. It has everything to do with contemporary eclipse of the holy, a darkening that our own hierarchy has facilitated.   Note: Mary Midgley’s quote is in Can’t We Make Moral Judgements? (1991), St. Martin’s Press.