Photo by Chokniti Khongchum from Pexels

I considered calling this article, “Philosophy is more important than science,” because without the moral imperative for honesty in reproducing & reporting the results of experiments discoverable through the discipline of philosophy, science would be completely unreliable. That’s also why scientists shouldn’t be delegated any more authority than a plumber to determine public policies which have broader effects than any scientist’s field of expertise.

How reliable is ‘peer-reviewed’ science?

Research suggests more than 70% of scientists have tried and failed to reproduce another scientist’s experiments, which are supposed to be replicable.

Professor Frances Arnold may be one of the honest scientists. She was awarded the Nobel Prize for chemistry in 2018 but three days ago announced she and her co-authors have retracted their subsequent paper as the ‘peer-reviewed (necessary for publication let alone a Nobel Prize) science’ has not been reproducible. Good on them.

A 2016 article in the international weekly science journal, Nature, reported two-thirds of scientists surveyed found selective reporting contributed to irreproducible research. Nearly as many found pressure to publish also led to the problem. Competition for grants and positions then exacerbate those and other factors. 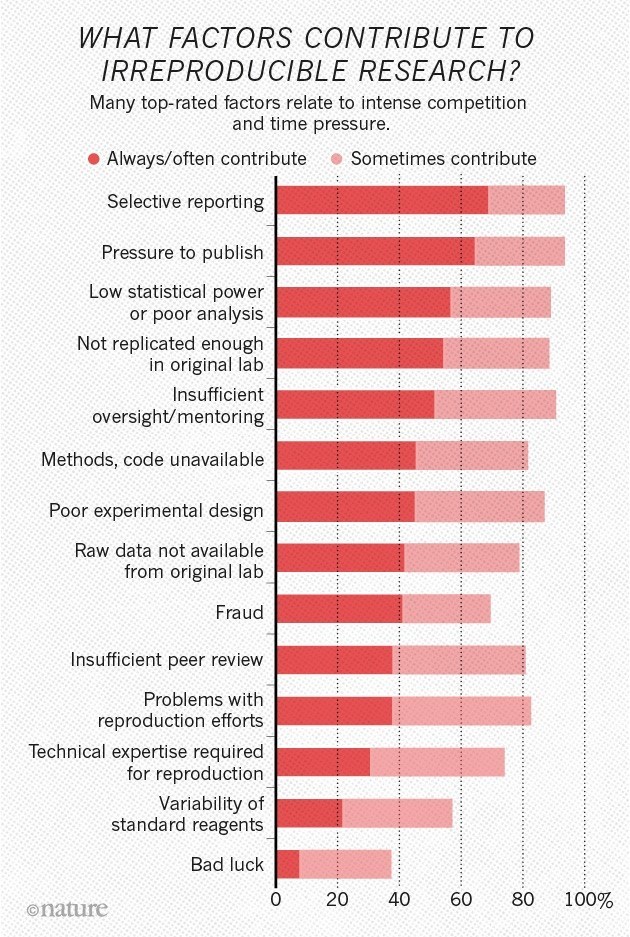 So what? What point am I making? Only this. While I appreciate the need for scientific research and its place in public debate about contested policy ideas, I find ‘progressives’ in particular often place too great a confidence in ‘peer-reviewed’ science which agrees with their preferred policy ideas.

I must take great pains to point out the glaring example of when they completely ignore inconvenient scientific facts. 96% of biologists agree each human life begins at fertilisation, and the Universal Declaration of Human Rights applies to “all members of the human family” to quote its own language. Yet ‘progressives’ who swear allegiance to ‘scientific consensus’ and international human rights instruments cling dogmatically to abortion policies which result in the deaths of up to 100,000 Australians every year.

There is no credible debate about the biological realities which enable a high school student to know when human life begins, yet there is copious amounts of legitimate, valid questions about observable changes to our climate.

Exactly how much is a direct result of human industry – given how significantly the climate has changed since the seas rose hundreds of metres after Aborigines walked to Tasmania before being cut off and the couple of much warmer periods referred to as ‘Climatic Optimums’ around the time of the Roman Empire and again during the Middle Ages, all before the Industrial Revolution, coal mining and cars?

If we could establish beyond all reasonable doubt that human industry was significantly changing the climate, can we unequivocally establish those changes are a net negative? More carbon dioxide and warmer climates are fantastic for plant life, crop yields and feeding the growing world population; so do the negatives attributed chiefly to anthropogenic climate change outweigh those and other positives?

Then if we can prove the climate is significantly changing because of human industry and those changes are a significant net negative, the most important remaining question is this. How much can we change human industry to minimise, prevent or reverse those climate changes without creating a greater net negative with a reckless “at any cost” policy approach?

If not enough, then our resources and energies may be better directed to more achievable mitigation activity. I suggest we could more easily relocate coastal cities as the seas gradually rise than prevent the historical inevitability of global climate changes.

“Settled science” is not very sciencey

Here again is the point, even if you disagree with my policy ideas and the premises for my questions to inform them. ‘Peer-reviewed’ science is not infallible but an inherently unreliable foundation to solely build public policy upon without taking into account many, many other questions and factors.

This page on Nature.com lists articles about the growing alarm about challenges in irreproducible research and contradicts the common alarmist assertion that the final word has been had on any research topic. It links to articles like, “Reproducibility: A tragedy of errors” which claims, “Mistakes in peer-reviewed papers are easy to find but hard to fix,” and “How scientists fool themselves – and how they can stop” which explains, “Humans are remarkably good at self-deception, but growing concern about reproducibility is driving many researchers to seek ways to fight their own worst instincts.”

Another article titled, “We need to talk about systematic fraud” by Professor Jennifer Byrne at Sydney Uni’ should dispel the myth that ‘peer-reviewed’ research is a debate-ender. No, scientists aren’t collectively as pure as the driven snow. In fact, more than 40% of scientists surveyed found simple fraud was a factor contributing to irreproducible research.

The most scientific approach to the many claims and commentaries floating around our culture is to be sceptical, to question, critique and research rather than blindly accept someone else’s results. The least scientific response to climate change is to silence debate and censure dissent.