Where are the Bishops? 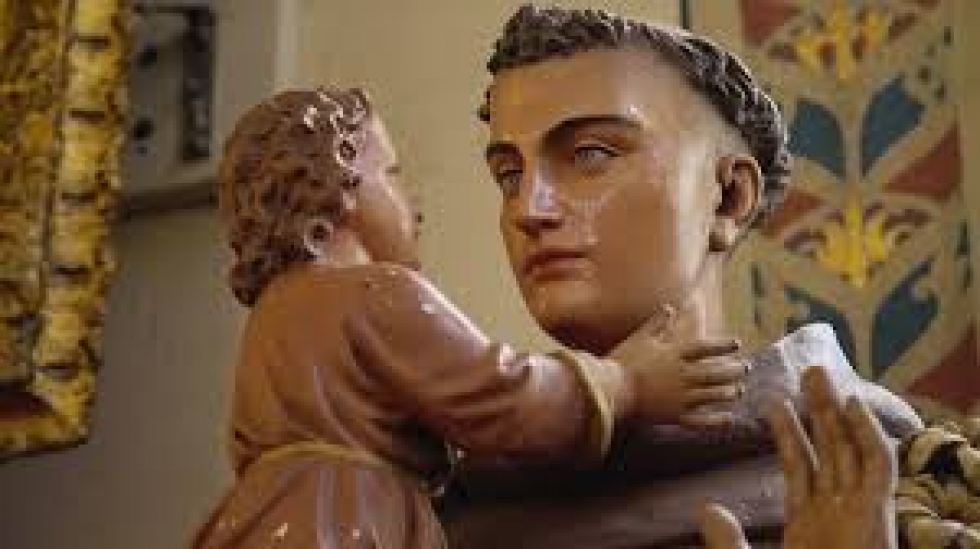 Many of us in lockdown, have been denied the comforts of the Sacraments for around two months.  This shameful abuse of power by the State has been at great cost to souls.  In both Australia and New Zealand, though, some true shepherds have emerged.

It was an act of "civil disobedience", said the self-styled Bishop Brian Tamaki this morning.

It might have been perfectly "civil" but it wasn't "disobedient". His church service at Destiny Church in Auckland, billed as "We Stand for the Freedoms and Rights of All New Zealanders", followed Government regulations to a T.

Tamaki pretty well proved himself to be the sheep whom Jesus sent out in the midst of wolves (aka the Ardern Government, her police and 'enforcers') who is "as wise as serpents and simple as doves" (Mt 10:16).

He managed to draw the nation's attention to the gross infringement of citizens' rights to freedom of religion, to get the police on his side, and hold a service for 100 of his faithful in groups of 10 or fewer inside the church, and untold numbers of the flock outside at a drive-in service, watching the proceedings on big screens set up in the car park.

But what about the real Bishops? The Catholic Bishops? Where were they? What were they doing? We don't know. We don't have any evidence. There's nothing to go on. We can only guess.

Except Bishop Patrick Dunn was trotted out on Prime News at 5.30 p m today to say that "it's probably better to work with government than through real confrontation".

"Oh, shame! oh ignominy!", as Ivan Turgenev once cried. While 'Bishop' Brian both avoided real confrontation and preached against "one of the most dangerous pieces of legislation in New Zealand's history" and the state's oppression of the church, Bishop Dunn thinks "it's probably better to work with government".

It seems it's 'probably better to work with government' than on planning multiple Masses for groups of ten with online booking apps as described for the hierarchy by people like Palmerston North's Sharon Crooks:

"In Australia where similar rules have been imposed on churches, limiting religious services to 10 people, Blackburn parish Melbourne offers three Masses a day, without breaking any rules.

Nice try, Sharon. But nothing doing. As another reader of this blog points out, if NZ were a US state of 5 million, say, we would be seeing 23 deaths per day rather than our total of 21 deaths in 3 months. But even so, parishes in the US are still celebrating Mass with Holy Communion, while with their death rate NZ would be at Level 4 and locked in our houses.

My daughter searched Wellington South Parish yesterday for Masses, in vain. Not only no Mass, but no churches open, even. Her only option was to try to squeeze into the private chapel in Wellington whose address will remain private for obvious reasons (apart from hostile neighbours) for the Traditional Latin Mass celebrated there every Sunday.

The "lovely lady" (foreign accent, wouldn't you know it?) who answered the phone scanned the times and numbers scheduled for all four Masses which were to be celebrated today by the redoubtable Fr Michael Johnson SSPX, to no avail. Not even with a shoehorn could the daughter be squeezed in.

What did daughter do, then? She got in her battered old campervan (called Huntly because that's where they bought it) and drove it from Wellington to Whanganui, to St Anthony's Priory SSPX, and attended one of three public Latin Masses celebrated there.

I was there too - at a social distance, of course! - two pews behind. I was advised by email last night at 11.15 that I could attend Mass this morning at 7 or 8.30; the 10 a m Mass was reserved for the school children, parents and staff.

"You would have to get up early," was Father Francois Laisney's laconic emailed comment.

So I did. It took just over two hours to get to Whanganui, on my own because in this phenomenal, even farcical, situation I felt I couldn't issue invitations far and wide. I asked one friend who's known to the SSPX fraternity but she was unwell.

I have no words to describe how the Immemorial Mass and Holy Communion was for me, after so many weeks of virtual Mass and spiritual Eucharists. The silence. The reverence. The sermon.

As a prelude to the sermon, Fr Laisney rattled through the contradictory versions of rules and regulations he was fed last week by Gummint officialdom, concerning numbers and social distancing, which caused him to cancel the proposed house Mass near Napier.

St Anthony's is not a big church; it accommodated just two groups of ten on either side of the aisle. At Communion time, Father suggested, we should make room either side of ourselves for our guardian angels. So we did.

I don't know how many parents and children they had turn up for the 10 a m Mass, but I do know that at least two male teachers attended, both gowned, because they were there by the end of the 8.30 - maybe to spritz the pews ready for the school intake, but I don't believe the SSPX would let themselves in for such hygienic hyperbole.

And I know also that normally St Anthony's celebrates six Masses every Sunday, but today with Fr Johnson required to say four in Wellington rather than just one, the SSPX in Whanganui were limited to three; so I hope and pray all their parishioners were fed in the same way my daughter and I were.

Providentially they had a visiting priest celebrate the 8.30 and a rather intriguing chap he was too, tonsured and hooded and I'd say not SSPX, because the usual prayers "ordered by the Pope" (Pius X) at the end of Mass, were omitted.

Do Cardinal John Dew, NZ's Bishops and priests spare a thought for the extra burden they are laying, by their dereliction of duty, on the saintly priests of the Order of Pope St Pius X?

And do they recall canon 843? "The sacred ministers cannot refuse the sacraments to those who ask for them at appropriate times, are properly disposed and are not prohibited by law from receiving them.” No bishop can order his priests not to celebrate the Mass, nor can the bishop or priest refuse any of the faithful to attend a Mass, unless other masses are readily available."

My friend who was not well enough to come with me to the Latin Mass this morning has remarked that The Lockdown will cause a great falling away in the Faith.

It seems to me that as God says, apocalyptically, "Because thou art lukewarm, and neither cold, nor hot, I will begin to vomit thee out of my mouth" (Apoc 3:16) For those for whom Sunday Mass was just a habit, after weeks away they may feel they're getting on quite nicely without it, and won't return.

But God orders all things to the good of those who love Him. What a treat it was this morning to hear Father Laisney declare unambiguously - and contrary to the modernist catechesis we've put up with for years - that yes, God does love some people more than others.

He was commenting on today's Gospel (for the Fifth Sunday after Easter - Jn 16:23-30) and tied that to the Epistle (Jas 1:22-27) about "not becoming a forgetful hearer but a doer of the work" - which is how we prove we love Him.

I believe that The Lockdown has taught those who love Him how to love Him more - many of them through the preaching online of the priests of the SSPX.