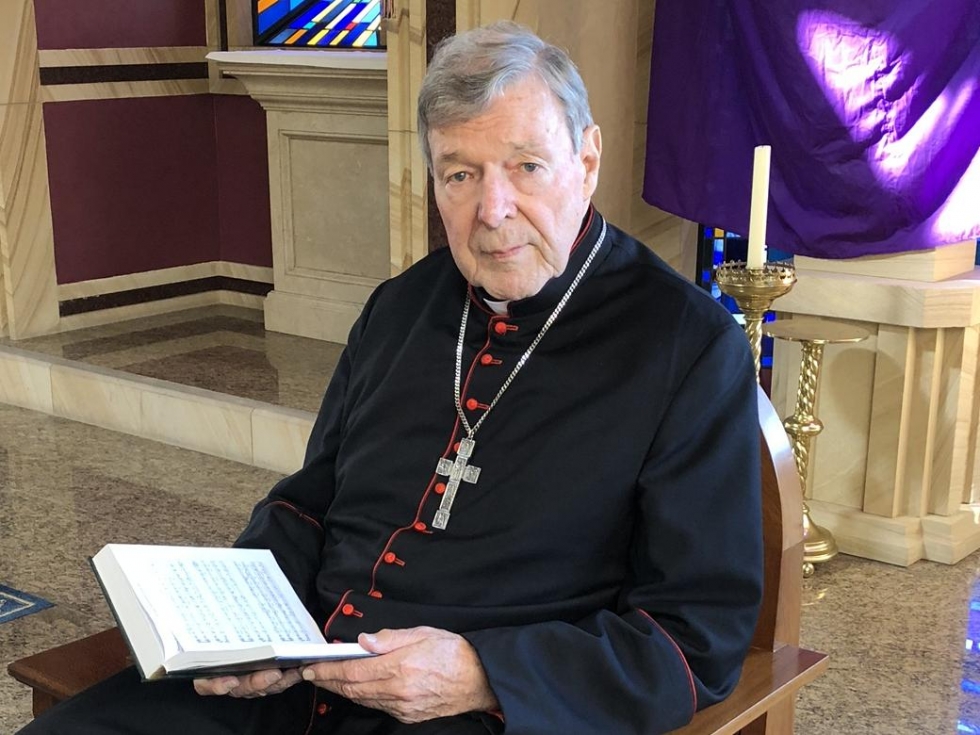 Australian leaders are fond of making apologies.  perhaps one is owed to Cardinal Pell following his High Court exoneration.  Among the many public figures who owe such an apology, the Cardinal might well expect one form our Prime Minister.

The High Court’s unanimous acquittal of Cardinal George Pell, after two previous judicial rulings that failed to acknowledge a reasonable doubt as to the defendant’s guilt, appears to indicate that the administration of justice in Australia has been corrupted by a desire to persecute and punish, not prosecute justly.

There has been a strong odour of miscarriage of justice about the whole matter. However, when Cardinal Pell was still awaiting trial, the Australian Prime Minister implied his guilt by making statements about those who ‘abused the shield of faith and religion to hide their crimes shall stand condemned’.[1]

Before the High Court finally overruled the Cardinal’s conviction, Scott Morrison stated: ‘Our justice system has affirmed no Australia is above the law’.[2]  Mr Morrison also stated that ‘the courts had done their work well’.

According to criminal law professor Kenneth Arenson, there has been an “unsettling trend” in Victoria regarding to the introduction of laws that ‘seriously impinge on the entrenched common law right of an accused to adduce all legally admissible and exculpatory evidence on his or her behalf’.[3]

However, before a final appeal had even been made to the nation’s highest court, Mr Morrison had already started to look at taking action against Cardinal Pell.

Mr Morrison said his sympathies were [solely] with the victims of sexual abuse… while Governor-General David Hurley said he would wait until Pell makes a decision about a possible appeal before “terminating” his prestigious Order of Australia…[He] told reporters in Canberra … that the courts had “done their job” and must be respected. “They have rendered their verdict, and that’s the system of justice in this country and that must be respected”, he said, adding this would see Pell, who remains a cardinal of the church, lose his Order of Australia.[4]

That being so, the Prime Minister’s Office was already preparing to make an urgent application to the Council of the Order of Australia in order to have his appointment revoked.[5]

When informed that Cardinal Pell’s lawyers were appealing to the High Court, Morrison dismissively commented: ‘I respect the fact that this case is under appeal, but it is the victims and their families I am thinking of today’.

In sum, Mr Morrison kept indirectly implying that Cardinal Pell was convicted of the crimes that the High Court has now found him to be entirely innocent.

Fortunately, Governor-General David Hurley showed a greater level of maturity and discernment than the Prime Minister, communicating that he would wait until Cardinal Pell’s lawyers made a decision regarding a possible appeal before terminating his Order of Australia.

‘Once all legal proceedings have run their course, the Council for the Order of Australia may make a recommendation to me as Chancellor of the Order, which I will act on’, the Governor-General said.[6]

Cardinal Pell was released from jail on April 7, 2020, and soon after the High Court quashed his convictions. He has always maintained his innocence. ‘I have consistently maintained my innocence while suffering from a serious injustice’, said Pell shortly after his acquittal was announced.

The fact that juries and courts in Australia can reach incorrect verdicts should not come as a surprise. There are notorious cases of wrongful convictions throughout Australia’s court history, including Colin Campbell Ross, the Mickelberg brothers, Andrew Mallard, to name only a few.

Had the Cardinal not enough support and money to appeal from his unjust conviction, he would be just another victim of a miscarriage of justice by the Australian court system.

The High Court ruling should invite a reflection on the Prime Minister’s commitment to the presumption of innocence.

After all, Mr Morrison has betrayed his pretence of Christian faith by raising false witness. He effectively pre-judged an innocent person, thus further inflating the anti-Catholic sentiment already prevalent in Australia, especially amongst its illiberal ruling groups.

The Prime Minister owes an apology not only to Cardinal Pell but also to every victim of false allegations and miscarriages of justice in this country.

[3] Kenneth J Arenson, ‘The Demise of Equality Before the Law: The Pernicious Effects of Political Correctness in the Criminal Law of Victoria’, (2016) 7 The Western Australian Jurist 1, at 61.