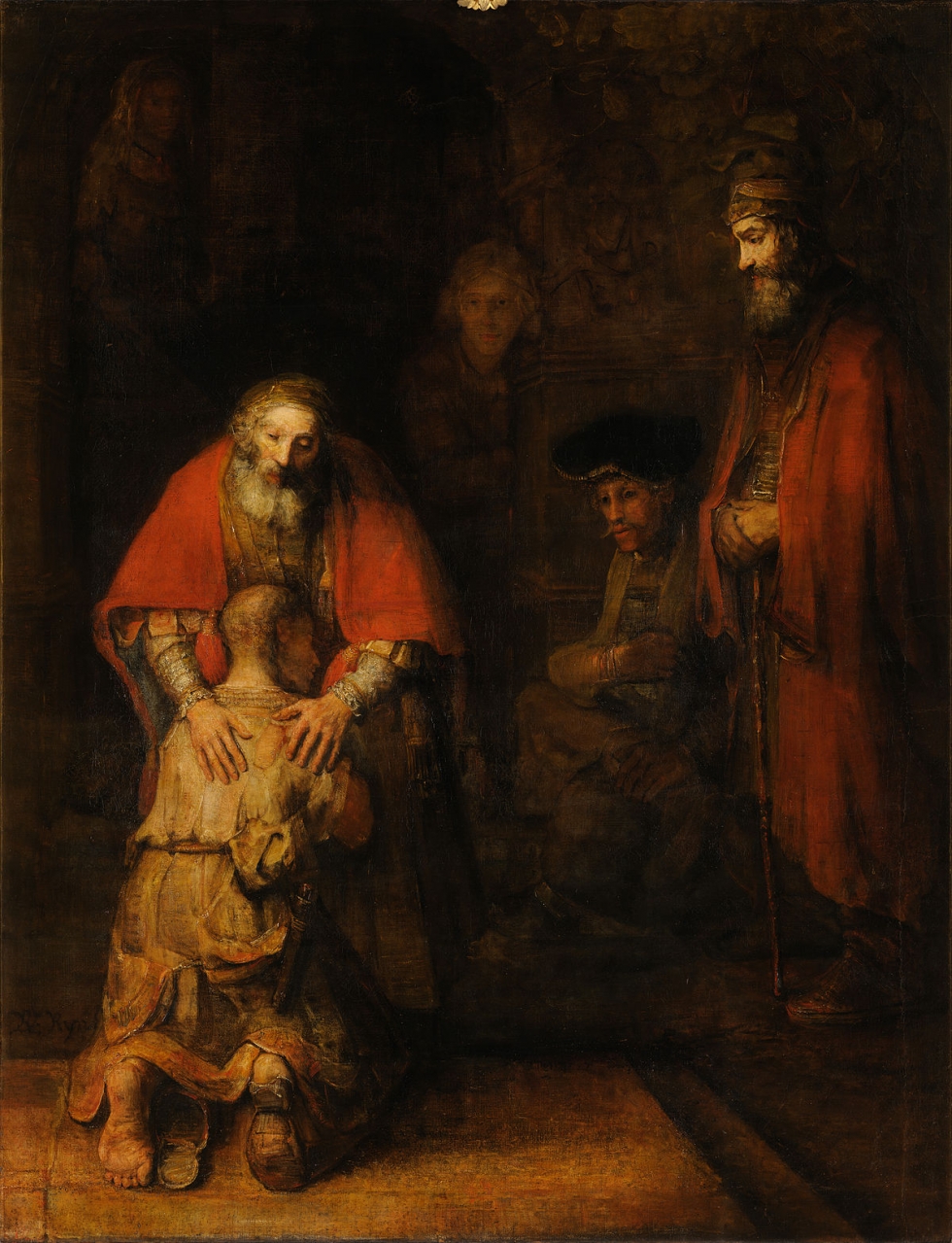 The boy from Blenheim was a powerhouse of Australian journalism and of our intellectual life in a lifetime of high achievement.  One of Frank’s most sublime contributions to our public life and to the deepest of our ongoing, unresolved national problems was his simple solution to the Aboriginal Wars.  At the time of tense, heated and politically charged debate over John Howard’s refusal to “apologise” to Aboriginal Australians for past white misdeeds, in particular for the so-called “stolen” generations, Frank simply opined, “They should just forgive us”.

Well, yes.  Frank wasn’t just being cute, or glib, or even Christian.

His plea was quirky, yet sensible, deeply thought-through and dripping with significance.  It especially could be said to resonate with those who thought they had done nothing themselves about which to feel guilty. If suggested now, alas, such a plea would seem to be utterly futile, and quaint.  Three things, especially, make it so – first, the broadly accepted politicisation of absolutely everything.  Second, the now mostly accepted, leftist view that all human relations are ultimately power relations between identity-enemies, and therefore not susceptible to forgiveness without surrender.  Unlike the Judeo-Christian Deity, those whose day job is to cast judgement and hunt down enemies, do not have forgiveness in their rule book, or even their lexicon.  And third, the emergence of technological hate-capability in form of the social media tools of the attack dogs of identity politics.

Hence, fast forwarding two decades from the time of Frank’s pitch-on-deaf-ears, the identity wars have not merely intensified.  They have become the core fight for a civilisation under siege.  The George Floyd affair, the subsequent riots engineered by what Joan Collins has termed the “pitchfork brigade”, and the most recent development – the conviction for murder of the Minneapolis policeman Derek Chauvin – form but one marker in what has become a grotesque, uncivil war.  A fight to the death.  One radical professor demanded a “conviction of America” whatever that might entail, after the guilty verdicts against Chauvin.  Unforgiven – until when?  Until what happens?  No, forgiveness, the very basis of all successful human interactions – like marriage and family – is simply not thinkable in our one-sided culture war to the death.

The bloodied streets of the West are alive with woke revolution, and we the comfortable suburbanites of Australia ignore all this at our peril.  Whether it is the Black Lives Matter movement or any of its close, neo-Marxist relatives – Antifa, Extinction Rebellion, cancel culture, the war on statues and dead, politically incorrect novelists like Philip Roth (and now, for God’s sake, Jane Austen), or the newly re-radicalised feminists who are on the warpath against misogynists everywhere – those who need to be forgiven and those who might be predisposed to resist the revolutionary push appear utterly cowed and beaten.  Or perhaps they (we) simply don’t know how to fight back.

Distorted, politicised, bullying “group rights” have attained a status never remotely contemplated by any of the original philosophers of liberal rights, like Locke, Mill and their peers, who provided the baseline doctrines of our modern liberal democracies.

Frank Devine, notoriously Christian and therefore unfashionable, would be aghast at the twenty-first century developments that have occurred.  The whole PC soft revolution, then ridiculed and underestimated by right-of-centre types as it emerged from the universities in the 1980s, has, without anyone’s permission or comprehension, morphed into a rigorously enforced, corporatised identity politics and a destructive seek-and-destroy culture that no one now seems remotely capable of resisting.

Frank, no doubt, would now remind us now that the only way forward in our current dilemmas is to return to the basics of Judeo-Christian lore.  But the greatest trick of the post-modernist revolution has been to render Christian virtue redundant.  Devine’s quite reasonable, even beautiful, but now outdated, basic assumption – that we who live in a liberal democracy are all on a level playing field with an overarching interest in getting along – has been quietly gazumped.  And that, of course, has been the intention of those who have erected the identity politics edifice.

The current generation of latter-day Gramscians and post-Alinskyists have done a pretty good job.  The Devine model assumes good faith on the part of the aggrieved and their champions.  A willingness to let group bygones be bygones.  No such assumption is remotely warranted.  It is, indeed, war.  And the take-no-prisoners approach to war that developed on the killing fields of the Western front in The Great War is here to stay.

When all of life is reduced to power relations, the very possibility of forgiveness for past or once-removed deeds is simply “cancelled’.  Yet can there be any other way for a civilised society to move forward?  Forgiveness is the hardest of the virtues to master.  The Founder of Christianity gave us all a prayer which contained the words, “Forgive us our trespasses, as we forgive those who trespass against us”.  This deal is the whole basis of the Christian religion which underpinned Western culture.  It is reflected in the non-Christian but Christian-friendly “golden rule”.  Treat others as we would expect them to treat us.  We are all fallen.  We make mistakes, as individuals, groups and decision-makers.  Get over it.  Move on.

The victory of power over forgiveness, the supreme “achievement” of modern life, has become embedded in the justice system.  When the justice system becomes a weapon of ideology, all is lost.  Justice is meant to be blind to ideology.  As the Pell case (among others) has showed, the pursuit of procedural justice, with all its protections of the innocently accused, has been replaced by victimhood-driven justice.  “We believe you” is an ideology, not a system of justice.  A victim group – in this case, abuse victims – has been identified and anyone who can claim a link to this group is accorded superior status.  We no longer forgive groups for the sins of individuals who belong to the group.  Catholic priests (for example) are fair game.  There is no one so unforgiving is an ex-Catholic feminist scorned.  Just ask Louise Milligan.  We cannot forgive the sins of the (sometimes innocent) individual when we have created the “sins of the group”.

The core of all our current problems is the triumph of victimhood.  Victims no longer forgive.  They seek revenge.  Compensation.  Victory for the group.  Restorative justice.  Of course, such a game could be endless.  It, indeed, has taken over the whole game of politics.

When forgiveness is removed from public life, we are reduced to a power war of all against all.  To using the tools of crony capitalism and crony socialism to obtain our goals of victimhood justice.  This is a Hobbesian life.  A life that is nasty, brutish and short.  It is a Marxian life.  Modern, post-Christian, post-Devine societies have, unwittingly, signed up to this.  Embracing power as the core driving force in society, as the current ruling ideology has done, consigns us to misery, and to an ever reductionist existence of claiming our just desserts in the face of perceived grievances.

Frank Devine’s innocent (naïve?) appeal to forgiveness also recognises that we are all fallen, as individuals and societies.  We are the victims of our own human fallibility.  And we cannot be held to account, individually or collectively, for the sins of our forebears.  If they were, in fact, sins, rather than merely power plays of the kind that the self-proclaimed moral guardians of today themselves routinely deploy.  But we no longer accept this.  We prefer the blame game, making the guilty (in our faux-enlightened twenty-first century eyes) pay.  Slave owners.  Misogynists. Whites.  Colonials.  Men.  Dead people with the wrong views.  Hunt then down.  Make them pay, no matter what.  Those who make this their life’s goal will not be persuaded that there is another way.

There is no way out of our societal dilemma, other than to revisit the message of forgiveness, and embed it.

But forgiving means letting go.  And we no longer have the capacity to let go.  They, whoever the they is, should forgive us, whoever the us is.  Then we might all move on, living our lives in some sort of contentment and peace.  Forgiveness is now deemed too hard.

It may still be worth a try, though.  And not just if we wish to get to heaven.  A regime of forgiveness might just make our temporal lives worth living, and restore, even enrich, our dismal, wrecked public square.  Our best selves should not bear eternal grudges.  Deep down, everyone knows this.

Yet try and tell that to the neo-Marxists who run the culture wars.  They have cancelled forgiveness, at least in public life.  That is their awful victory.