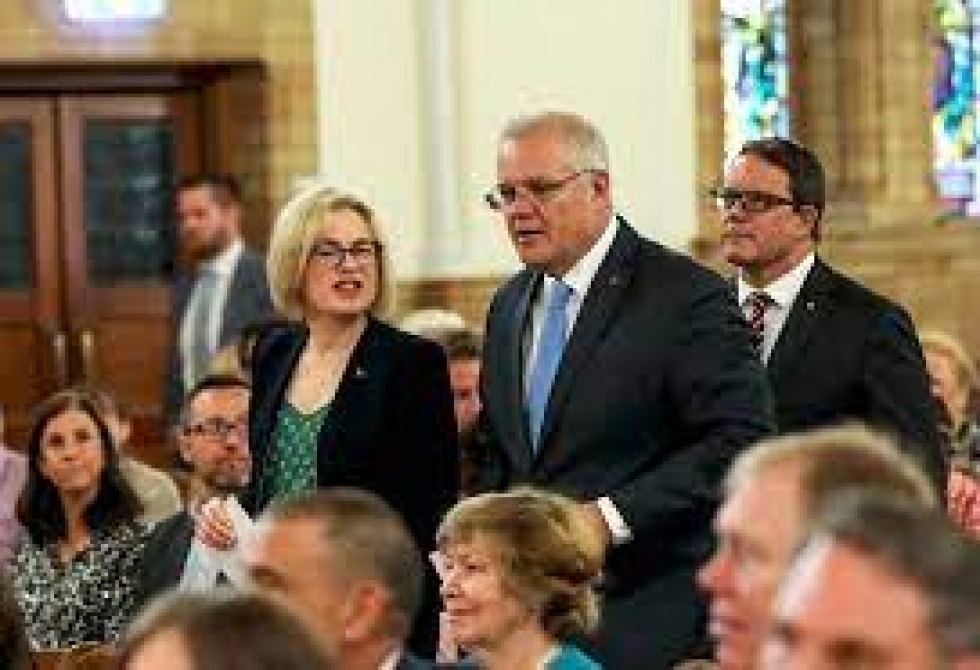 Amanda Stoker is a Queensland Senator of immense talent, traditional views and spine.  A rare combo in the Liberal Party these days.  Naturally she has been shafted, being consigned to a lowly position on the ticket for the next election.  The result says plenty about Australian politics.

Bill O’Reilly (the Fox News guy, not Tiger O’Reilly, the great Aussie leg spinner) has done well out of publishing (co-written) books on assassinations.  Perhaps he should do one on the political deaths of recent Australian conservatives in the Liberal Party.  I recently recounted the fates of five.  But wait – there is now another, Senator Eric Abetz, making a gang of six.

Recently, the Queensland Senator Amanda Stoker, who had the temerity to defend Bettina Arndt’s eminently sensible approach to men’s issues and – shock, horror – to turn up at pro-life rallies, was consigned by pre-selectors to a vaguely winnable third position on the Liberal National Party’s Senate ticket.

The reasons reported in the Brisbane Times for (anonymous) pre-selectors’ decisions are instructive.  They say a lot about the contemporary Liberal Party, a little about Queenslanders, and much about Australia’s political culture and the expectations of voters in our non-performing “representative” democracy.

Here are the top seven:

Really?  Is this the best they have, north of the Tweed?  They might have recently won the Sheffield Shield against the Blues’ Second Eleven.  But this is ridiculous.

Queensland has always been a “fair share” state in the Federation.  Politicians are expected to “get stuff” for their constituencies, and do nothing much else.  What might be termed the Tony Windsor view of the world so beloved of the former, self-styled “Country Independents”.  Ignore issues of principle, and go for the lowest common denominator of electoral politics.  Bring back goodies for the electorate.  Do deals.  Beat the enemy, but only where the enemy is defined as other states or regions, all consumed by the battle for largesse.  Chip-on-the-shoulder states are especially prone to this version of politics.  Any suggestion, itself risible, that Stoker wouldn’t be “one of us” “down there” was poison for her campaign for pre-selection.

Women’s issues – whatever they are – are currently paramount in the minds of low information feminists.  What are needed, though, to combat perceived political injustice, blokey culture, perceived unpalatable work proactices and a representational deficit are “the right kind of women”.  The claim that Amanda Stoker won’t appeal to women basically means that she won’t appeal to woke, misandrist, #MeTooists.  These are the women voters to whom the Queensland Liberal Party now, seemingly, wishes to impress.  Malcolm the Second and Lucy T would be thrilled at the outcome.

Lists of great female leaders – alas, typically short – seldom include Margaret Thatcher.  Those who cheer on the cause of female leadership prefer, weirdly, mediocre examples of the breed like Deb Frecklington, the accidental, non-performing leader from central casting who, miraculously, garnered residual feminine fidelity in the recent pre-selection battle despite her own epic electoral fail in October 2020.

This would be the same Deb Frecklington who stood by while the Unspellable Premier and her public health fascist offsider ground the Queensland economy – see under tourism – into the dirt in the face of a limp viral “threat”, and then attempted to send the bill to the rest of Australia.  Seven deaths from Covid in Queensland, in total.  (By way of contrast, there were 264 deaths from the flu in 2017 in Queensland, a recent bad year for influenza).  WuFlu is a virus that we know abhors the heat.  Frecklington conspicuously failed to call out the prolonged and disastrous mad panic by the Unspellable One, other than through her feeble, sporadic calls for earlier border re-openings than allowed by the Government, and she eventually abandoned these, leaving businesses in Queensland to fight alone for their futures.  Defending Deb’s honour might therefore be considered to be a relatively low priority for attentive Liberal pre-selectors.

Numbers persons like McGrath – a numbers man for Malcolm T, no less – attract support in this day and age, whether deserved or not.  (How a Senate candidate who was once an apparatchik of middling skill-set can help to win an election is not readily apparent).  Scott Morrison and Barry O’Farrell are other examples of middling skill-set backroom boys.

The Queensland pre-selectors’ sense of the big ideas battles to be fought and won was borderline non-existent.  In their minds, the role of a parliamentary representative is reduced, perhaps unsurprisingly absent any core agreement about philosophy in the ranks of Liberals, to retail politics.  Yes, this is a sad reality.  But it needs to be called out, repeatedly, and to be exposed as a prime example of the political deficit in contemporary Australia.

What about the “captain’s pick”?  The reaction by pre-selectors demonstrates that the spirit of Joh and the presumed war of Queensland against “southerners” persists deep into the twenty-first century.  Joh’s political longevity was powered by them-and-us.  It still works!

The pre-selection shows, yet again, that the voting blocks and the factions still dominate outcomes.  Real talent is ignored, especially conservative talent.  Deals, paybacks and stitch-ups rule.  It is unedifying.  This was the modus operandi of the once relevant Labor Party.  It clearly jumped the aisle.

Should any of this astonish?  Probably not.  The Liberal Party is now a low-rent operation populated by mediocre millennials, careerists, rent-seekers and chancers.  Apparently at the level of the “base”, as well.  Not for Queensland the spirit of the Tea Party and the principled, righteous populists of what the Queenslander pre-selectors would probably dismiss as the Trumpian “alt-right”.

Not much of this is remotely surprising, of course.  Politics in this country is now a lowest common denominator game, played for minimal spoils by those who simply turn up.  Little wonder that Stoker’s conservative colleagues like Kelly, Flint and Christensen are jumping ship.  Kevin Andrews was shafted, just like Eric Abetz.

Perhaps the scariest comment by a pre-selector was that which stated that “we don’t want a culture warrior”.  This is either an admission of abject defeat in these wars or, worse, a confirmation of the fact that the Liberal Party has lost all interest in conservatism as a guiding set of principles and ideas, and has also lost its former spine.  Lost interest in fighting the fights that matter.  In flaying the ideological enemy.  Disdaining matters of high principle as a matter of course is not a good look.  Those pesky, second-order issues like the right-to-life, the survival of the family, patriotism, the collapse of our education system, prosperity, the rule of law, and lost basic rights and freedoms.  We can park all.  We just want to win elections and look after our mates.  Put brutally, any Liberal who does not understand the culture wars has no business to be voting for our elected representatives.

The Queensland Liberal Party is, like its fellow Eastern State Divisions, a creature of creepily weird factional groupings which have little connect with the real world of families, workers and everyday struggles.  And the Queensland version of factional wars is especially underwhelming, based as it has always been on attachments to personalities of indifferent ability and its Joh Wars overhang.  What a mess it is up north.

The outcome of the recent carnage in Brisbane is that we will face an unfortunate and possibly unedifying contest next time around between Amanda Stoker and the ageing and still effective warrior Pauline Hanson, a personage of long-term commitment to the values held by many of us who would be normally expected to cheer on Amanda.

The pre-selection will merely concentrate the minds of right-of-centre (“club sensible”) voters who might reasonably be expected to conclude that the Liberal Party is no longer the answer, whatever the considerable merits of Senator Stoker.