I'm Double Vaccinated - Get Me Out of Here 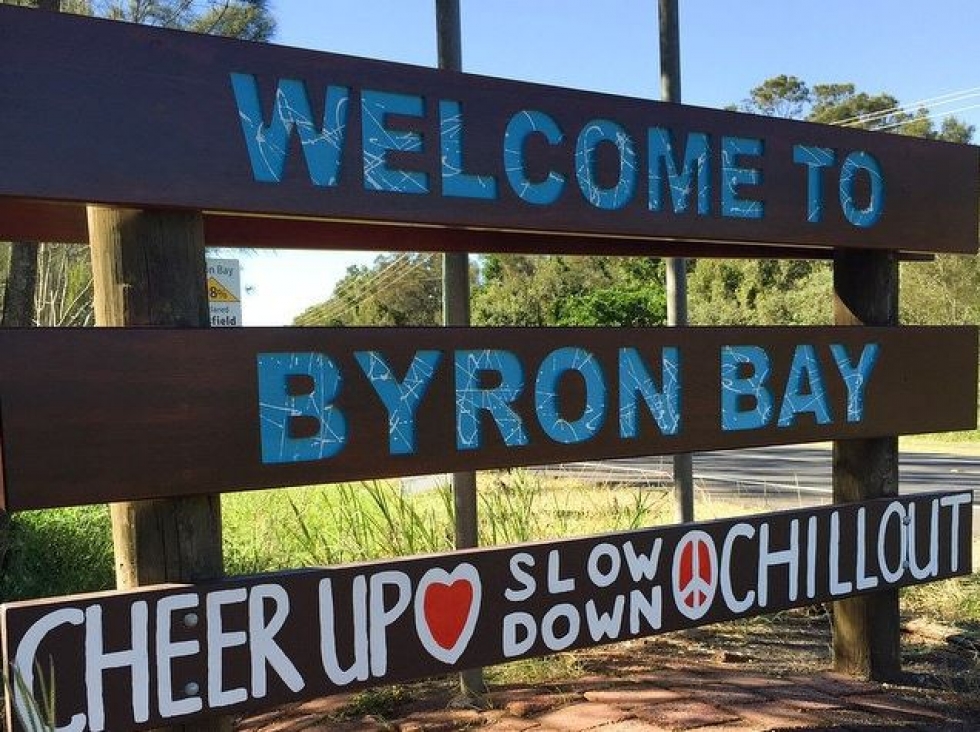 This week saw the surreal scapegoating of a visitor to Byron Bay who was authorised to travel there and who, testing positive for Covid, "caused" a lockdown.  The town's hopes for economic recovery were crushed yet again by Macquarie St fiat.  But there is more.  The woman was ... vaccinated!

Just when you thought that the political management of what, by world standards, is a relatively minor viral outbreak in Australia, couldn’t get any more insane …

Byron Bay, just up the road from me, is in lockdown because a travel-authorised worker from Sydney flew into Ballina Airport then proceeded to Byron Bay to work on the TV show I’m a Celebrity… Get Me Out of Here.  Let us allow the ABC to take up the story.

Police have charged a makeup artist working on the production of television program I'm A Celebrity ... Get Me Out Of Here! over multiple breaches of public health orders.

… A seven-day lockdown was imposed on the Tweed and Byron shires at 5:00pm on Tuesday after the Kingscliff Beach Hotel was listed as a close contact venue for a period of five hours on Sunday evening.

Queensland reintroduced strict border restrictions at 1:00am on Wednesday in response to the northern New South Wales lockdowns.

The ABC understands the venue was the location for an unofficial crew get-together after final filming on the ITV Studios Australia production.

Police allege the woman was in breach of the conditions of her exemption to travel by visiting several businesses and venues in the Byron Bay and Kingscliff areas, and that she failed to check in using the QR codes.

But here is the money shot:

The crew member is fully vaccinated and was wearing PPE while at work.

Please, let this sink in.  Byron Bay is in lockdown because someone who was fully vaccinated visited the region.  This is so priceless, one almost doesn’t know where to start.

We have a government of morons in Macquarie Street.  This, we already know.  But seemingly clever morons, if that is possible, running a racket for the fully indemnified vaccine companies while exposing its innocent citizens to their own evil.  And still getting away with it.  South of the Murray, we have an utter lunatic running his State into the ground, promising that in the future “only the vaccinated” will have “access to the economy”.  We have a contemptible Government in Canberra that has just invited the once criminally charged Pfizer – yes they have, indeed, had over a billion dollars in fines chalked up for criminal offences – the ones in which Peter Costello’s Future Fund is so heavily invested, urging the same company to apply to the Therapeutic Goods Administration for approval to jab five-year-olds.  We have Glad the Impaler (as termed by Rowan Dean) suggesting to (unvaccinated) me that I will never be able to visit my (unvaccinated) children and grandchildren EVER again, when the State “opens up” in October with Victor Dominello’s NSW Government Service App ready to trace everyone wherever they go, but only for the vaccinated.

Only for the vaccinated?  But wasn’t the I’m a Celebrity girl from Rushcutters Bay fully vaccinated?

Then we have the extremely low information Mayor of Byron weighing in.  Never a good look for people who have no idea what they are talking about, but feel the political urge experienced by even very minor politicians to say something, anything:

Byron Shire Mayor Michael Lyon said he would now be looking to rescind his council's approval for Love Island, another ITV production filming in the Byron Bay hinterland.

"It is so devastating to be in lockdown again, and it is clear the honour system relied on by the state government is deeply flawed," he posted on Facebook.

So, what is it about “she was fully vaccinated” does this man not get?  Blame people for not signing in with QR codes?  Cancel other projects that would bring precious dollars to a region whose economy is literally tanking because of Covid State imposed lockdowns?

These people badly need to be educated as follows:

The second dot point in particular needs to be hammered into the minds of the vaccine class now running this country.  Over and over, until they are made to comprehend that they are emperors without a stitch on.

Yet politicians persist in insisting that “vaccines” will get us out of lockdown.  That it is only vaccines that will give us back – err, give the vaccinated back – their inalienable (sorry, my mistake, their alienable) rights to things like a job, seeing their families (as long as they are also vaccinated, of course), and so on.

One thing that Covid has taught even the most casual observer of democratic politics in this country is that it is simply impossible to jump the shark with idiot Covid policy.  There is nothing they will not do, nothing they will not say, in order to keep this charade going.  There is, seemingly, no rational argument that can penetrate the insanity bubble in which everyone working in Macquarie Street is so clearly cocooned.

Will a single journalist ask the Premier of New South Wales how she can persist with vaccine mandates when someone who was fully vaccinated and who had been authorised to travel, visited a region and then was held responsible for the subsequent lockdown – fined, even – by the Government that was, itself, actually responsible for the lockdown.  No, I didn’t think they would.  The journalists, like the once rational Peter Hoysted (aka Jack the Insider) at The Australian, aka The Daily Vaccinator, have swallowed so much vaccine Kool-Aid that they are rendered only able now to spout spittle-flecked jibberish, on an almost daily basis.  (It might be argued, of course, that it shouldn’t be up to journalists to ensure that government policies are evidence-based.  Do they not have dozens of overpaid political and bureaucratic advisers who are paid to give politicians wise counsel?)

There is, clearly, nothing logical that can be said or done by anyone to show decision-makers that vaccine passports are simply absurd.  When rational argument will not work with politicians, the options for alternate actions to be taken in order to restore sanity to the public square and to return us all to freedom are not at all pretty.  We are seeing what will happen more and more, right now, on the streets of Melbourne.

Meanwhile, my own city of Lismore came out of lockdown:

Local MP Janelle Saffin said there were concerns the lockdown would be extended, after the same measures were imposed in the neighbouring shires of Tweed and Byron on Tuesday.

But she said instead the lockdown in Lismore had been lifted earlier than some expected.

"Good for everyone, we're coming out of lockdown at midnight tonight."

Ms Saffin is part of a Labor Party whose leader fully supports both lockdowns and vaccine passports.  A Party which, ever-so-clearly, has little interest in the rights and welfare of the workers they used to represent.  Janelle’s excitement for Lismore’s businesses, I assume, means she will be equally excited when Best & Less introduces its foreshadowed exclusion of non-vaccinated customers.  This will mean, on current numbers, that two thirds of Lismore’s consumers will be shut out of Best & Less.  Great for retail, great for business, great for consumers.  More rejoicing from the local Member?

Saffin also censors her own Facebook page when humble observers like me attempt to point out to her and her low-information followers the folly of their clueless, totally-missing-the-point Covid-related posts and comments.

In the meantime, Lismore has one of the lowest vaccine take-up rates in the State, just ahead of – yes, you guessed it – Byron Bay.  Both around one-third.  You see, we here are sensible, cherish our rights to medical privacy, and don’t believe the Covid bulldust coming out of Macquarie Street.  The poor old dimwit Mayor of Byron, inevitably, blames the slow rollout not on good old common sense and vaccine realism – the chance of getting Covid on the Northern Rivers is close to zero – but on slow moving governments.  This man needs to read more widely.  As does Janelle Saffin.  As do all the other mayors of towns and cities crushed by Macquarie Street Covid madness.

The quality of our democracy is at head-shakingly low levels, as we slouch towards the vaccine precipice.  Just so long as we charged and fined the poor girl from Rushcutters Bay for her heinous crimes along the Northern Rivers coast, with offences against the community.

She is probably thinking, “I’m double vaccinated.  Get me out of here!”