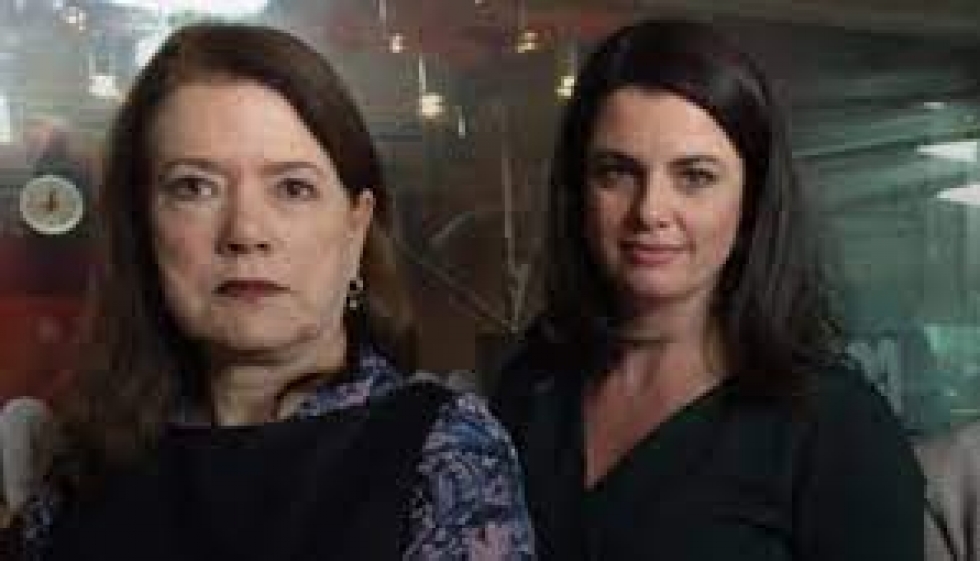 Louise Milligan, we know, is a slayer of Catholic Cardinals.  Or seeks to be.  She is also a conspiracy theorist.  An even-handed investigative journalist, she ain't.  The rabbit holes she chooses to go down are highly selective.

In late 2019, when George Pell was still in prison and his ultimate exoneration still far from certain, the Australian Broadcasting Corporation’s intrepid reporter, Louise Milligan, called me a “conspiracy theorist”.  You always know you have won the argument when you are so described.

I had published an article about the embedded radical (#MeToo) feminism in the Victorian justice system and the “fembots” involved in the Get Pell campaign.  I argued, in outline, that successive Victorian governments, at the behest of a range of interest groups over a period of nearly two decades, had effected a revolution in the State’s system of law enforcement and justice.  Call it woke, if you will.  But, essentially, what has been achieved is an astonishing reversal of the onus of proof, the death for certain classes of accused of the presumption of innocence, making false accusations far easier to make and to have stick, institutionalising the automatic belief in the truth of every complaint of sexual abuse or sexual assault.  All this was achieved through radical legislation change, and populating the justice system with those who would be bound by their own backgrounds and ideology to implement thoroughly the intent of the revolutionaries and to ensure that the revolution cannot be reversed.  To embed the revolution culturally and organisationally, including in the Victorian courts, from top to bottom.

My article also argued that there was, and is, an abundance of certain types of women in and around the system, appointed by left wing governments south of the Murray over twenty years with one specific legal purpose in mind.  Demonstrably, this was critical to the endeavours of the “We-Believe-You” State.  How better to complete the embedding process?  By then VicPol was more than on-board.  And those proximate to, but formally remaining outside, the legal system have been willing recruits in the process – priest-chasing lawyers, survivor groups, the media, publishing houses, and specific journalist-authors.  And that arch-left wing feminist, Julia Eileen Gillard, donated a half-billion gift to the Victorian #MeTooist justice system, in the form of a Royal Commission born of a moral panic over child sex abuse by the Catholic Church.

This argument is conspiracy fact, as the late Rosa Koire termed it, not conspiracy theory.  Well, it takes one to know one, as they say.

For there is abundant evidence that Milligan is, herself, a conspiracy theorist.  We already know that she is a professional ideologue propped up by the Aussie taxpayer but with the billing of a movie star.  She has had a publicist, she has appeared in fashion photo shoots for Harper’s Bazaar.  She has written a book – her second – about herself.  (Her first book, now inaccurately subtitled The Rise and Fall of George Pell, was once cruelly described as a collection of “semi-literate police talking points”).

When she failed in the end to see Pell rot and, perhaps (as a bonus) die, disgraced, in prison, Milligan set out, without ever apologising over her activist and strategic role in Pell’s disgraceful pursuit, trial and imprisonment, to bring down a prominent politician (Christian Porter) accused of historical rape by someone who is now, sadly, dead and who had expressly withdrawn her own complaint against Porter.  Just as Pell’s deceased second “victim” had done.  Now she is using taxpayer funds to go after the Prime Minister and his relos over an alleged connection to – you guessed it – a set of conspiracy theorists (QAnon).

To just about everyone who uses the phrase “conspiracy theorist”, including Milligan, it is an insult.  Not for me, and I do not label Milligan as such to be insulting.  It is, rather, to point out that she, like so many other journalists and historians, sets out to uncover “truths” as she sees them.  To get beyond the story to ascertain the real story.  The unearth things that are hidden.  To make connections that most people don’t know exist.  Sometimes this endeavour is referred to as the Five W’s of journalism – the who, what, when, where and why.  To which is often added a H – the how.  It is also the basic activity of the historian.  As Niall Ferguson has pointed out in his book, The Square and the Tower, often history is about horizontal connections (networks) as well as vertical connections (hierarchies), and the ways in which these move events.  And sometimes, these are hidden, purposive and organised.  In other words, conspiracies.  On this view, conspiracy theorists might be thought of people who simply do their research, and their theories not as crazy but rather as merely being more or less plausible.

Well Louise, why don’t you try to uncover some of these conspiracies – why Bill Shorten’s rape case simply went away; how Julia Gillard managed to stay out of gaol over her 1990s activities with Bruce Wilson; whether the recent death of Chris Sign, the journalist who uncovered the tarmac meeting in 2016 between Bill Clinton and Loretta Lynch is right to be “treated as suicide”; the ties between China and the WWorld Economic Forum; who the real winners are from climate change policy; whether Daniel Andrews really did just fall down the steps, how Michael Photios runs New South Wales, and whether the Covid virus was deliberately leaked out of the Wuhan Institute of Virology, or merely escaped on its own.

I am guessing that these stories will remain forever untold by Milligan’s employer.  No, Louise sticks to the safe ABC ground of investigating only things that conform to her and her employer’s world view and to their careful selection of goodies and baddies.  This is why I call her a professional ideologue.

She also doesn’t mind if her conspiracy theories are utterly unbelievable, as her pursuit of Pell showed.  Who in his (or, in this case, her) right mind would take with the remotest seriousness the idea that a freshly appointed Archbishop, mere months after implementing Australia’s first rigorous pursuit of justice for child abuse victims, celebrating his very first Solemn Mass in a crowded Cathedral brimming with media as well as congregants, fifteen minutes after receiving the Body and Blood of his Saviour, would leave his regular post at the Cathedral’s entrance greeting Mass goers and dart off to a, by now, equally crowded Sacristy and orally rape a chorister or two who just happened to have dropped in, unannounced.  Well, Louise believed this to be true – because of the sad eyes of the complainant, Witness JJ, it would seem – as did many others, on the face of it.  Which just goes to show that if you are as much of a professional ideologue as she and the others true believers are, then you are capable of believing anything.

Well, I suppose the Metropolitan Police in Britain as well as senior politicians and others believed the bizarre fantasist Carl Beech, who alleged the existence of high-level paedophile rings, and the Philadelphia authorities and assorted journalists believed the drug addled lies of “Billy Doe” (aka Danny Gallagher), who accused various priests and teachers of unspeakable and degraded acts.  Both Carl and Billy were eventually outed as liars who caused indescribable harm to their accused.  Those who chose to believe them had massive egg on their faces.  Deservedly so.

But we do expect more of our journalists, whether paid for by the taxpayer or not.

We know, of course, that in the age of moral panics, rabid climate alarmism and Covid hysteria that people will, indeed, believe anything.  And that even outlandish things gain popular traction.  Just google Charles Mackay (Extraordinary Popular Delusions and the Madness of Crowds) or James Thurber (The Day the Dam Broke) to have this confirmed.

Sadly, now, we have a legal system that rewards outlandish accusations against those who, for political, financial or ideological reasons, make great targets and even better copy.  The bigger the target, the better.  Just ask Craig McLachlan, Geoffrey Rush, John Jarratt and Father John Fleming of Adelaide.  Or Ben Roberts-Smith.  Or Christian Porter.  Or the celebrated lawyer in the USA, Alan Dershowitz.

Any accusation which involves a cover-up, looking the other way, keeping it secret, hiding things, is, by definition, a conspiracy theory.  At least my own conspiracy theory is highly plausible.  Unlike Milligan’s bogus efforts.  Or those of many of the accuser brigade who are either on the make, out for revenge of some kind, seeking their time in the spotlight or just sadly deluded.